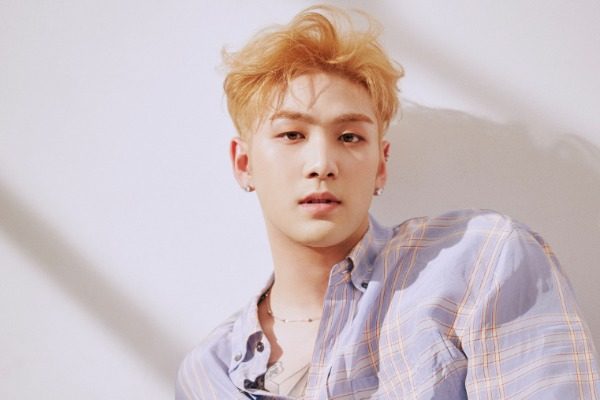 The idol recalls past as he identifies with Chelsea Rovers’ players.

Baekho took a trip down memory lane in episode 7 of the soccer-reality program Sooro’s Rovers. The episode, which aired on August 9, drew attention for Baekho’s sincerity.  The NU’EST main vocal walked with Lucky in the Chiswick neighborhood and expressed sympathy towards Chelsea Rovers’ players. Sooro’s Rovers follows actor and football fanatic Kim Soo Ro as he becomes the owner of a level 13 football club, Chelsea Rovers.

When Lucky asked him about his impression of the players, Baekho quickly expressed admiration for the club members. He remembered the members happily played with a single football. He said that the members gathered sharing the same dream. Baekho then told Lucky that he started training at sixteen and thought that things would be great upon making their debut. However, he soon realized that it was not to be the case. 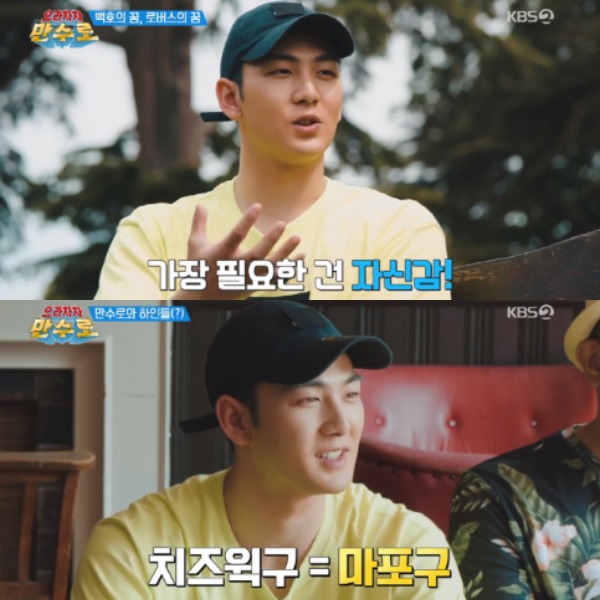 Baekho also shared that after their debut, their group struggled a lot. So when they joined the survival program, he was actually in despair. He thought that if things don’t work out for them in the show, there was no way he could succeed. Baekho, together with group members JR, Ren and Minhyun joined the second season of Mnet’s popular survival program Produce 101.

Fortunately, things did work out and Baekho said it went well from there. After joining the program, fans have taken renewed interest with NU’EST and their group made a successful comeback. He said that he liked the way the players are and what they need is confidence. Baekho wanted the players not to feel intimidated because it would hinder them from maximizing their capabilities. He continued to say that he used to blame himself, felt small and lost his confidence which led to a lot of blunders. 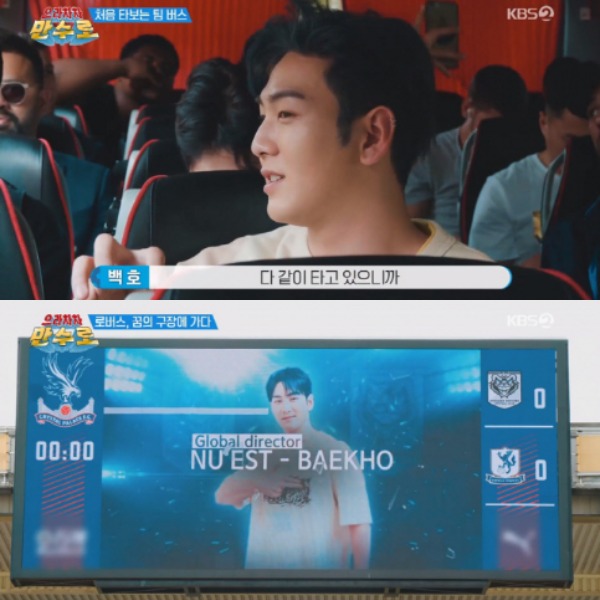 Sooro’s Rovers episode 7 also showed a shy Baekho as one of the members played NU’EST’s songs. On their way to a football stadium to face off with a level 7 team, Lucky asked a player if Korean songs were available in Spotify. Then the song played was NU’EST’s debut track “Face”.

Baekho immediately reacted to the song’s intro, as he recognized it. He felt a little embarrassed as he remembered his 18-year-old self and requested if he could play one of their latest songs. Much to Baekho’s glee the next song they heard was “BET BET”. He asked Lucky to tell the boys he made the song. He even sang a few lines and one of the players praised his voice. The idol also reiterated the importance of having a team bus. He mentioned from experience that it is where members get to talk a lot, which further enhanced their teamwork.

Baekho and the rest of NU’EST continue their Asian Tour with 2019 NU’EST TOUR: SEGNO. The concert tour, which kicked off in Seoul last April, includes stops in Bangkok, Hong Kong, Jakarta, Manila, Kuala Lumpur and Taipei.