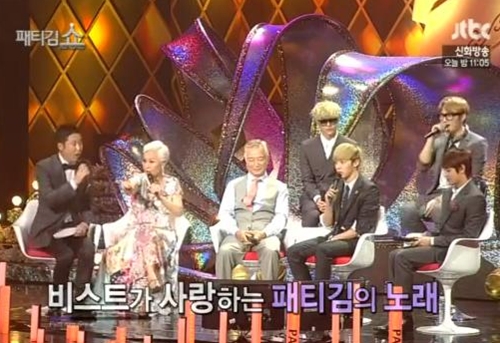 Idol group BEAST has recently made an appearance on the Patti Kim Show, where they performed the orchestra version of Fiction as well as participating in an interview. However, only four members of BEAST appeared on the show which included Junhyung, Gikwang, Yoseob, and Dongwoon.

The performance was not only special because it was accompanied by a live orchestra, but  Patti Kim had participated in the performance herself by singing the song from its first chorus to the end of the track.

Check out the performance and interview session below: