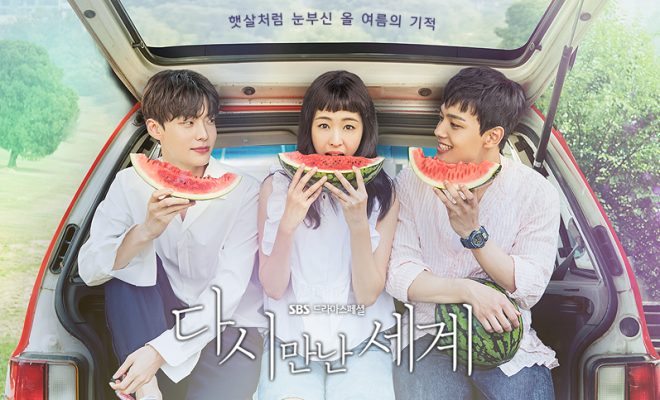 “Reunited Worlds” goes to this milieu – My first love magically comes back from the dead after 12 years. 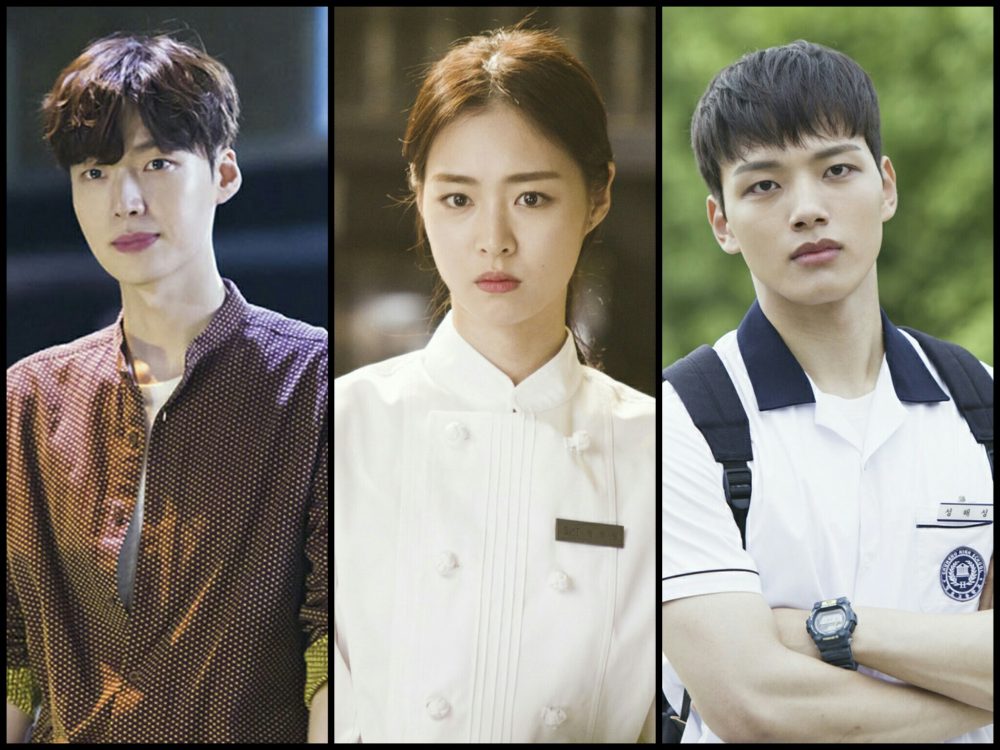 If this looks crazy in writing, it is surprisingly a melancholic spectacle of young love, friendship and family bond.

When I first read the teaser for Reunited Worlds, I was intrigued and apprehensive on the interesting plot. But I signed up anyway because of Yeo Jin Goo.  Since he slayed his character in Circle, which also thread in fantasy and time element, I thought it is worth to be on my weekly watch list. 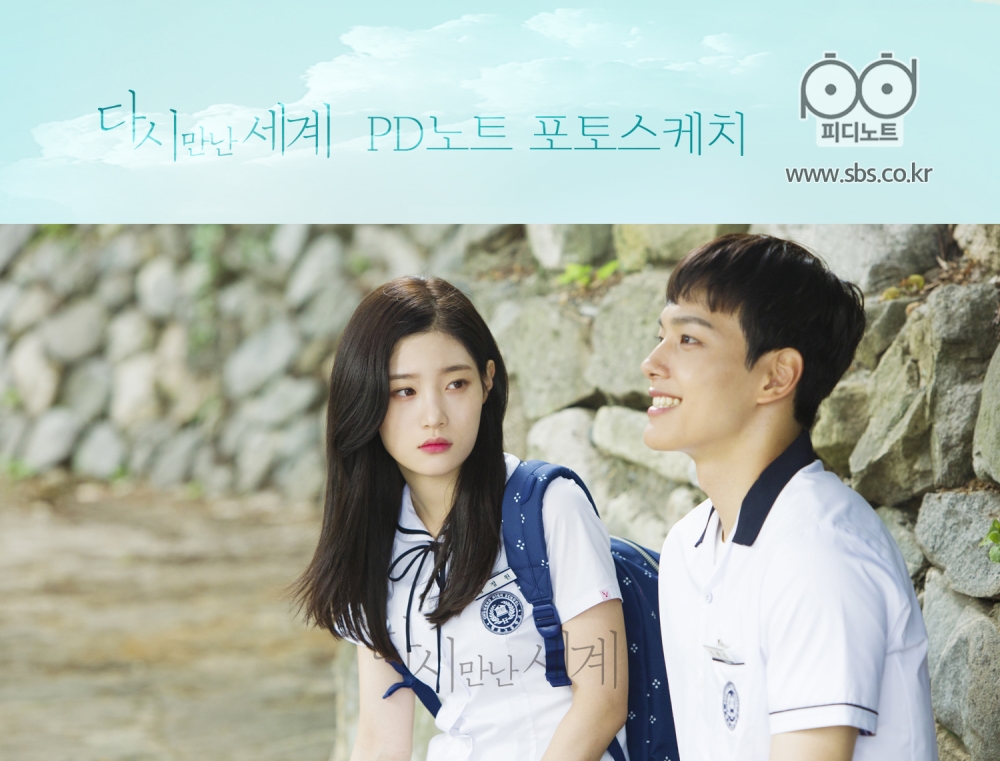 Reunited Worlds opened its curtains to high school sweethearts and best friends happily enjoying the time of their lives amidst typical life uncertainties. I was calmed by the serene view of the past timeline, which pictured a setting of lush greens, lively high school life and  friendship circle.  It gives a nostalgic vibe as the main leads are sketched vibrantly, depending their lives on each other. When it hits the despondent moment of the hero’s unfortunate death, it did not give me time to grieve because he comes back to the living to tackle a serious problem of how he will fix what he missed in the years that he was dead.

I know right? This drama has a weird way of catching your attention. There are a lot of personal troubles to be resolved in the future episodes that I am worried, and anticipating how everything that was already introduced will be clarified. I don’t think I have cried so much for an opening week for a drama that is not even taunted as a weep fest drama, but the emotions and the exquisitely woven storyline brought out the cry baby in me. 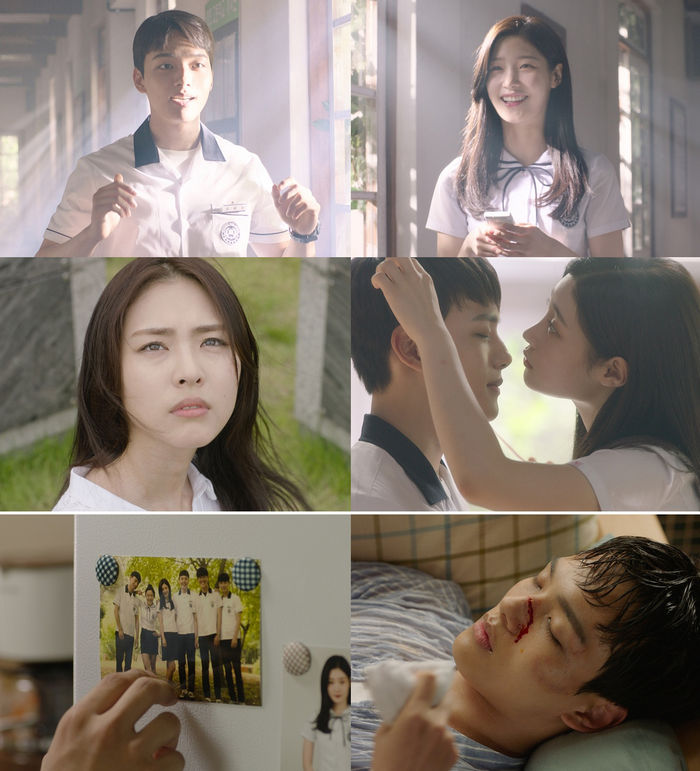 The main hero Sung Hae Sung (Yeo Jin Goo) wakes up from an afternoon nap 12 years after his supposed death anniversary and 19th birthday. Fortunately, his former friend, who became a detective, helps him process the strange occurrence.

Adding to his supernatural situation is his discovery of heightened senses, rapid cell regeneration and extraordinary strength, which seem to be working only during day time. He sets forth to meet his best friend Jung Jung Won (Lee Yeon Hee), who is working as a kitchen assistant in Seoul.  She is fondly taken care of by the Head Chef (Ahn Jae Hyun) of the restaurant where she is working.

A lot is given on the kick-off week for this drama – that as a viewer, I feel like I have to jot down details and questions.

Jung Chae Yeon, who played the young version of Jung Won, heads to a bright acting career based on her recent noteworthy dramas. Her portrayal as school girl Jung Won delineated the reason why her 31-year-old self is stuck in her past. The writing alternately trips down to memory lane and present timeline to show what has transpired on the lead girl’s life after her best friend and first love died.

The lead man’s death has put his family on tremendous suffering, leading to an eventual fallout.  They face the suspicion that the dead Hae Sung killed a classmate who bullied his younger brother.  Jung Won, who caused him to visit her art classroom where he presumably killed someone, has been blaming herself for Hae Sung’s ill fate. 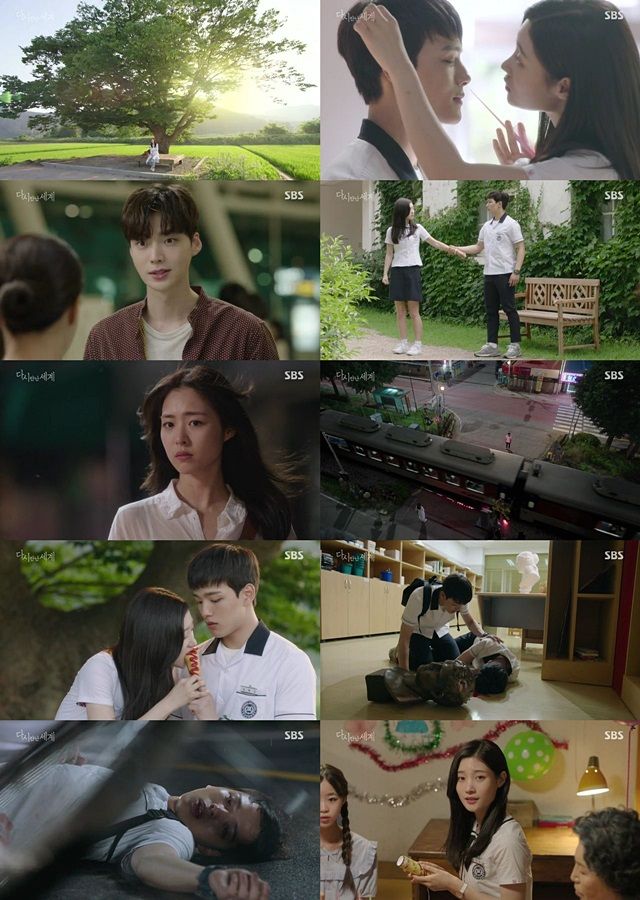 Reunited Worlds will bank on its peculiar plot to sustain the impressive debut. As they cast reliable actors, I am optimistic that they will give justice and color to the mind-boggling yet heartwarming narrative.  I have grown attached to the main love couple already – that I might be okay with an impossible ending as long as they are happy. *giggles

See for yourself how Reunited Worlds proves its uncanny charm.

It airs on SBS on Wednesdays and Thursdays at 10PM.