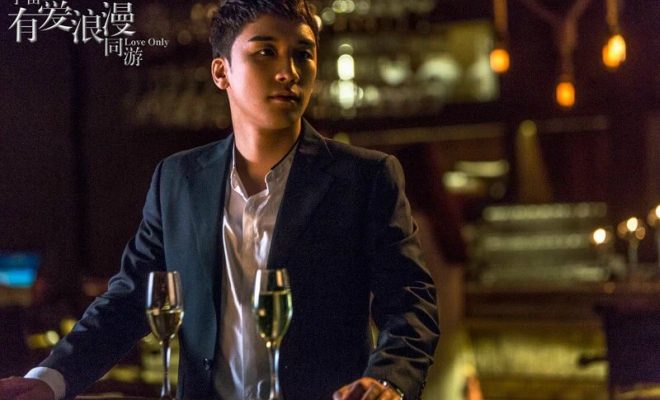 Official Photo from Love Only

Actor Seungri is coming back with a new movie in China!

BIGBANG’s Seungri will make his big screen debut in China through a lead role in the film Love Only.

The youngest member of BIG BANG will bring to life the character of Yun Sheng, the Marketing Director of a conglomerate, who grew up in Europe and puts love above all else. 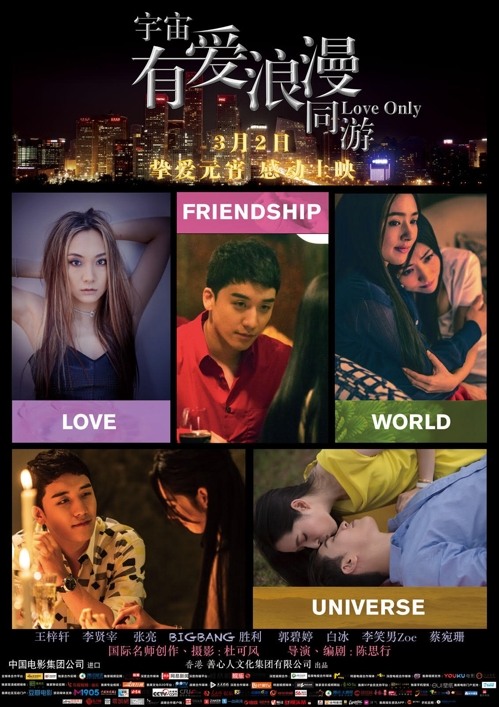 “I starred in the movie because I wanted to try something new,” he said. Love Only will also feature Taiwanese actress Hayden Guo Bi-ting.

Seungri added, “I’m greatly excited by the fact that the premiere date has been set.” The upcoming Chinese romance film will open in China on March 2. Additionally, it will hit theaters in Hong Kong, Taiwan, Singapore, and Vietnam at later dates.

The BIGBANG member will also participate in promotional activities of Love Only.

Seungri began expanding his career into acting through films such as Why Did You Come to My House? and 19-Nineteen, which he co-starred with fellow BIG BANG member T.O.P in 2009.

He also had cameo appearances in MBC’s Light and Shadows in 2011, and a supporting role in SBS’ Angel Eyes in 2014.

Aside from Korean acting projects, the idol also participated in Japanese television series. In 2016, he joined the cast of Japanese film High & Low: The Movie.