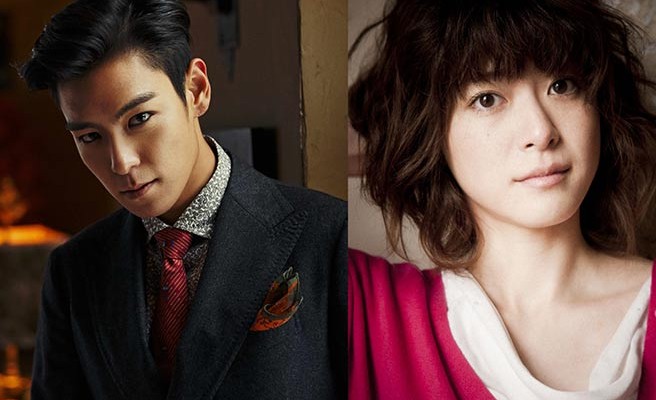 T.O.P will be making his comeback to the small screen, as he is confirmed to star in the joint drama of South Korea and Japan.

It has been announced on March 31 that Korea’s CJ E&M will be cooperating with Japan’s Amuse Inc. to produce a drama, featuring the BIGBANG member who will act alongside Japanese actress Ueno Juri.

The drama which has not yet been given a title, is revealed to tell a story of Woo Hyun (played by T.O.P) and Haruka (starred by Ueno Juri). The two try to find their new halves to be in a relationship with after experiencing pains from their first love.

Lee Seung Hoon, the PD of CJ E&M, shared, “After a year of planning, we′re finally going into production. From the beginning of the planning process, we had T.O.P and Ueno Juri in mind, so we′re very happy to be able to work with them. As it is a project with top stars from both Korea and Japan, we′ll create a content that will be enjoyable to many people.”

Hellokpop, as an independent Korean entertainment news website (without influence from any agency or corporation), we need your support! If you have enjoyed our work, consider to support us with a one-time or recurring donation from as low as US$5 to keep our site going! Donate securely below via Stripe, Paypal, Apple Pay or Google Wallet.
73
SHARES
FacebookTwitter
SubscribeGoogleWhatsappPinterestDiggRedditStumbleuponVkWeiboPocketTumblrMailMeneameOdnoklassniki
Related ItemsAmuse Inc.BIG BANGCJ E&MT.O.PUeno Juri
← Previous Story Former KARA Member Kang Ji Young Confirmed To Dub ‘Detective Conan’ Film
Next Story → Moon Geun Young In Talks to Cast In New Drama ‘Chaebol′s Daughter’