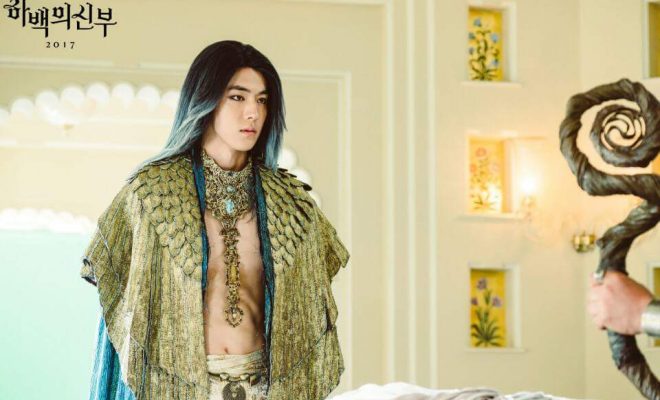 K-Drama Premiere: “Bride Of The Water God” Opens To A Bland Start

“Bride of the Water God” drifts to a fated meeting, fleeting kiss, and unexpected embrace. 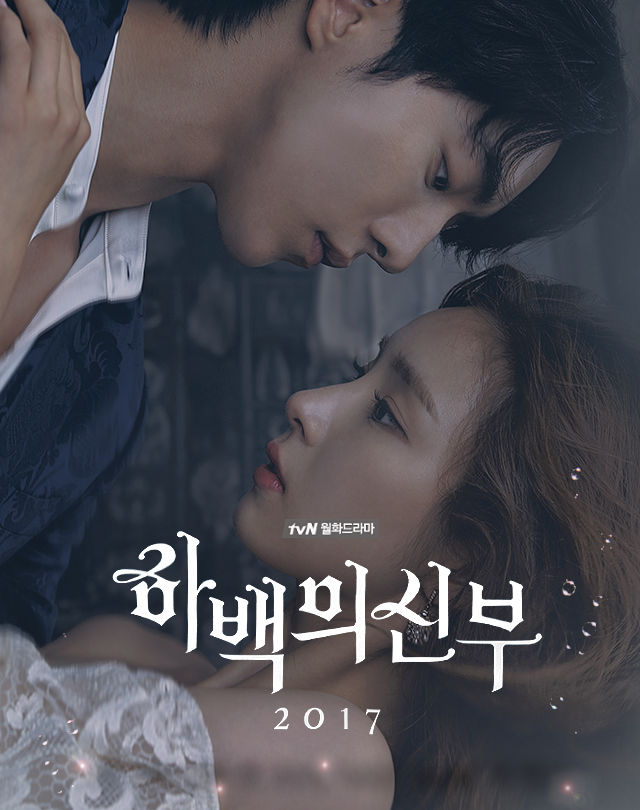 The much-awaited fantasy drama Bride of the Water God premiered last Monday, and we got you covered on what to anticipate in the coming weeks.

Nam Joo Hyuk finally dons his abs-showing-long-haired handsome self as Habaek, a water god chosen by the heavens to rule the realms of gods.  In search of the guardian gods of water, earth, and sky countries, he crosses the human world to find them in order to secure his coronation as the new king. Unfortunately, he loses his powers when he landed on earth with his attendant, so they seek a descendant from a family, who vowed to serve the lineage of gods. The supposed human servant turns out to be a psychiatrist, Yoon So Ah (Shin Se Kyung), who is currently burdened with financial problems. 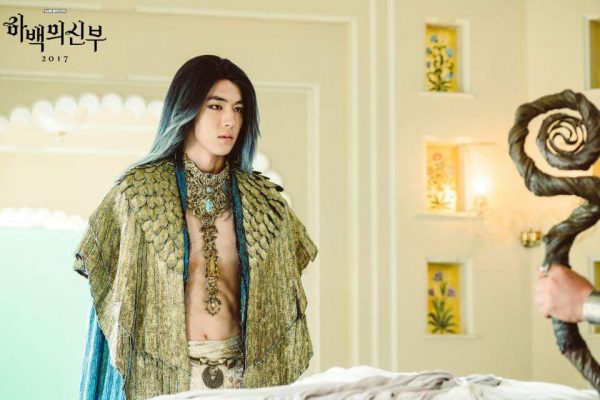 As Habaek is used to having the world on his feet, he struggles on a new sphere that does not revolve around him.  But his innate godly qualities are quick to adapt to human activities even when he only sees it done for the first time.

His first encounter with So Ah is when he literally falls from the sky, knocking her out, while she was wishing on a shooting star.  It turns out that she is the servant who he is looking for.  It happens that she heads to the countryside to check on a piece of land owned by her family which she is trying to sell.  There she finds Habaek and his attendant surveying the place, which is supposed to be given by the gods to her ancestor.  Thinking that the man’s bossy attitude and hubris are a sign of disillusionment, she concludes how Habaek is mentally unwell as he blabs about her duty to serve him. 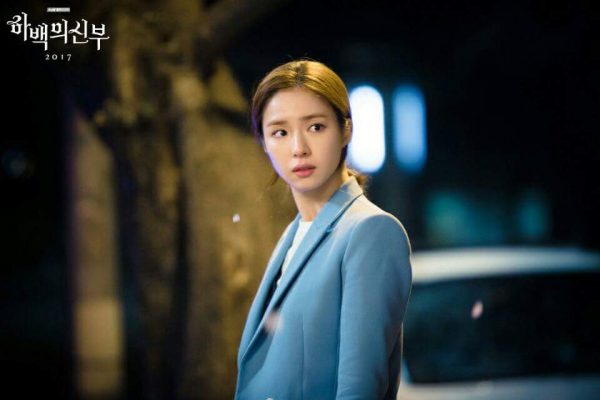 When Habaek realizes that his human servant is not answering to his servitude call, he resorts to doing the last option to awaken her.  He scoops in a fleeting kiss and is dragged away by his attendant before she acts on the expected face slap he deserves to earn due to the stolen kiss.  So Ah is haunted by the kiss she shared from a stranger even when she wakes up the next day.  It does not help with how fate keeps on making them cross their paths. 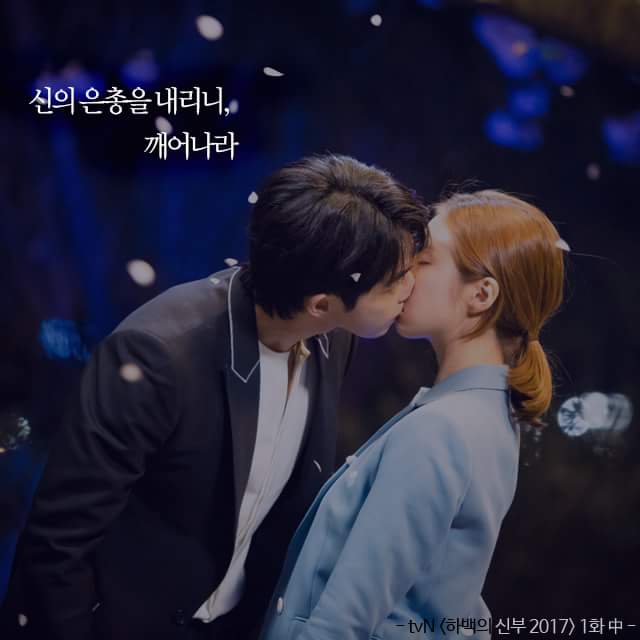 When her stubborn patient runs away from his family, they end up tracking him with Habaek in his inflatable abode near Han River. The mentally challenged patient decides to drown himself, scaring So Ah who suffers from water phobia. The water god dives in the river to save the drowning man, entrusting a fried chicken leg to her.

So Ah rushes to the furious god, who discovered that the fried chicken leg for his servant is on the ground.  But he gets more flustered when she reaches for his warmth in a trusting embrace as time stands still. 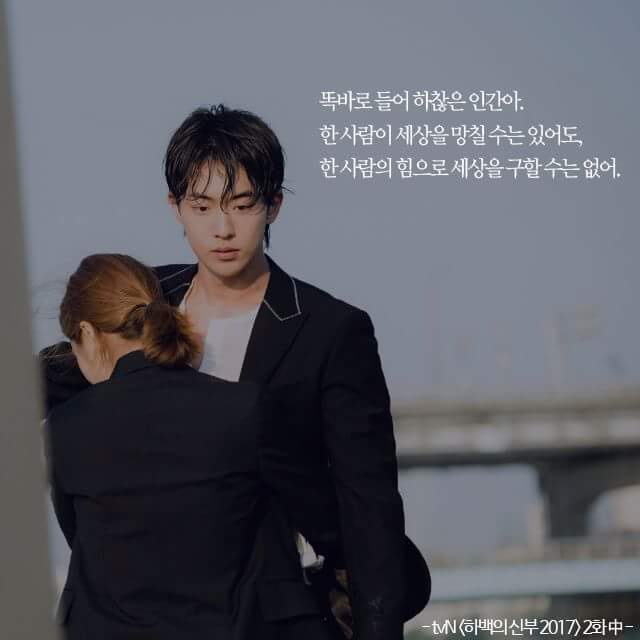 Bride of the Water God establishes the main couple that will spin the manhwa adapted chronicle. We also get a glimpse of the second lead man Shin Hoo Ye (Im Joo Hwan), a rich man who also shares coincidental moments with the debt stricken heroine.

The opening frame presented the somber-looking So Ah staring at the vast sea.  It then backtracks to events from a year ago when she first met Habaek.

Krystal (My Lovable Girl) and Gong Myung (Drinking Solo) have not made their entrance yet, but are scheduled to grace the screen in the coming episodes as fellow deities living in the human world for a long time. 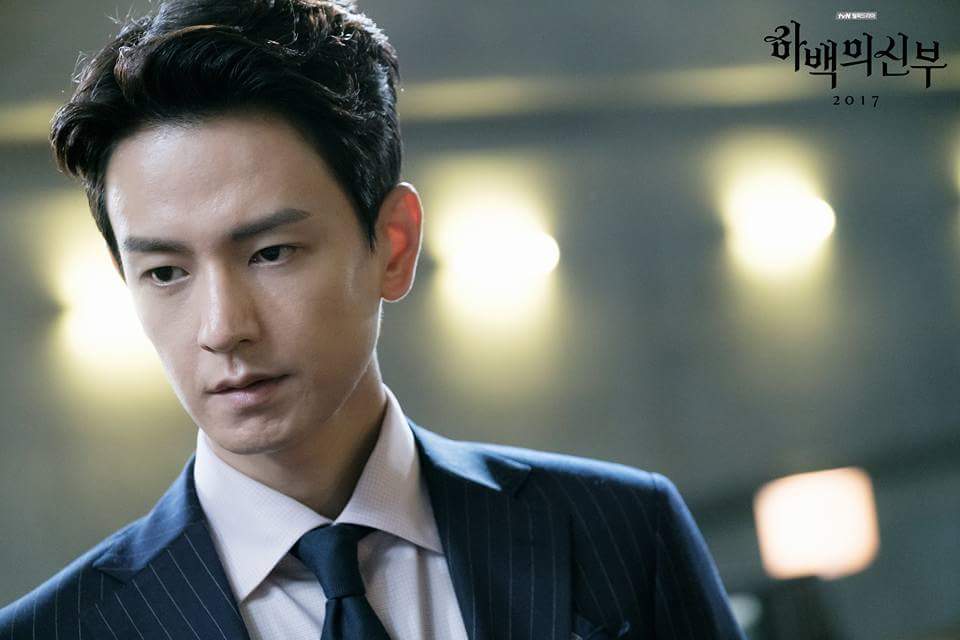 To be honest, Bride of the Water God tastes bland on its initial showing even with interesting characters and fantasy premise.  The humor is trite just as the storytelling is too excited. It helped that I did not raise my hopes high when they paraded with enticing teasers because I did not get disappointed.

The premise is imaginative, but the first dose of the narrative appears to be messy in bombarding details, which are meant to be elaborated in the future episodes.  Sometimes, it is more engaging to thread a story that throws in surprises along the way than have everything all in one go.  If there are side stories that are not justified well, chances are that the audience will question why it was written there in the first place. 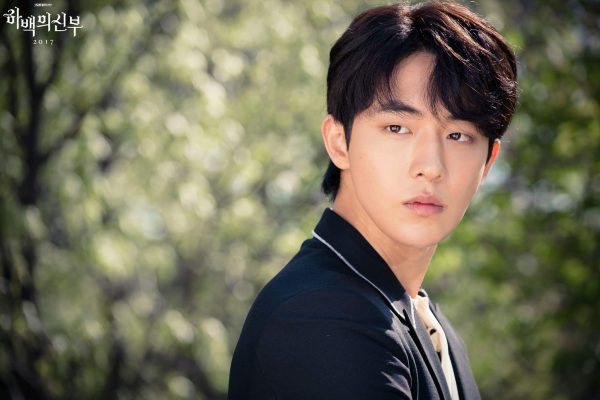 Yes, for the love of Nam Joo Hyuk, I’m still on for the ride. chuckles  And yes, the story is still a promising watch that should delight us. fingers crossed

The writer is known for his intuitive approach and memorable character sketching based on his works in Misaeng and Monstar, while the director notched remarkable fantasy romance dramas in Nine Times Travel and Queen In Hyun’s Man.  So yes, I am voting that we need to be patient.  Maybe it’s just a false start, at least we got Nam Joo Hyuk’s topless body as an opening gift. *wink 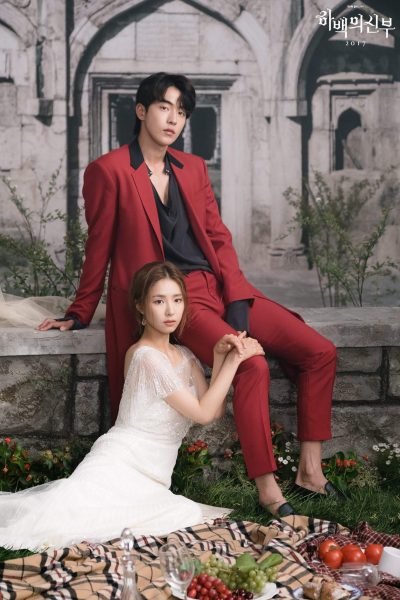 What’s in store in the succeeding chapters would be enough for viewers to stay attuned in Bride of the Water God. Afterall, we need answers on who saved So Ah when she nearly drowned? Why Habaek lost his powers?  What will trigger back his power?  What is the meaning of Habaek’s kiss? And what is the ominous fate marked on So Ah?

Dear Bride of the Water God, we have a lot of questions.  We hope to have all of them answered. We will surely follow the story of the water god and his bride.

Bride of the Water God sails every Monday and Tuesdays on TVN at 10.50 PM.

209
SHARES
FacebookTwitter
SubscribeGoogleWhatsappPinterestDiggRedditStumbleuponVkWeiboPocketTumblrMailMeneameOdnoklassniki
Related Itemsbride of habaekBride of the Water GodGong MyungIm Joo HwanKrystalNam Joo HyukrecapShin Se Kyungtvn dramas
← Previous Story “Let’s Eat Dinner Together” With Sandara Park And FTISLAND’s Hong Ki This Summer!
Next Story → K-Drama Review: “Fight For My Way” Threads On Loving Someone Who Has Been A Long-Time Friend