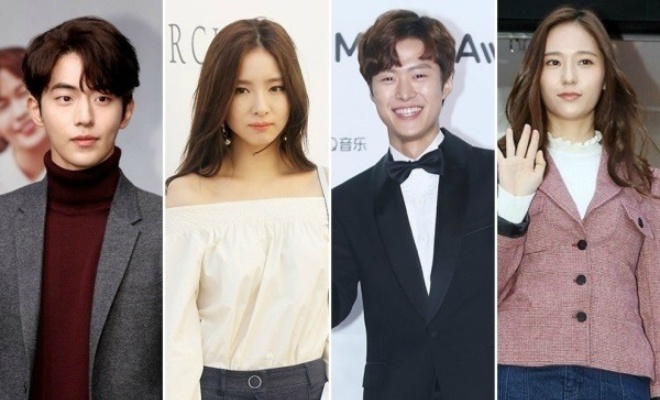 A new drama to look out for is coming your way.

Korean cable channel tvN confirmed on Monday that its upcoming drama ‘Bride of the Water God’ will hit the small screen in July.

‘Bride of the Water God’ will star actors Nam Joo Hyuk, Shin Se Kyung, Lim Ju Hwan, f(x)‘s Krystal and Gong Myung. Nam will play the role of a reincarnated water god Ha Baek, while Shin is debt-ridden psychiatrist So Ah. Lim’s character, on the one hand, is resort CEO Hoo Ye, who will vie against Ha Baek for So Ah’s attention.

Krystal and Gong will take on roles as deities Hyera and Bi Ryum respectively. Actor Kang Ha Neul will also take part in the upcoming romance-fantasy drama through a cameo appearance. According to reports, the production for the drama has already begun on March 22.

‘Bride of the Water God’ is a spin-off of a romantic-comedy cartoon series. The live version of the 2006 manhwa is written by Jang Yoon Jung, who previously worked on ‘Misaeng’, ‘Arang and the Magistrate’, and ‘Monstar’.

Hellokpop, as an independent Korean entertainment news website (without influence from any agency or corporation), we need your support! If you have enjoyed our work, consider to support us with a one-time or recurring donation from as low as US$5 to keep our site going! Donate securely below via Stripe, Paypal, Apple Pay or Google Wallet.
118
SHARES
FacebookTwitter
SubscribeGoogleWhatsappPinterestDiggRedditStumbleuponVkWeiboPocketTumblrMailMeneameOdnoklassniki
Related ItemsBride of the Water GodGong MyungKang Ha NeulKrystalLim Ju HwanNam Joo HyukShin Se KyungtvN
← Previous Story ZE:A’s Im Si Wan Talks About His ‘Dark’ Side, Being Overestimated And Attending Cannes
Next Story → K-Drama Moment: ‘My Secret Romance’ – “I Treasured Memories Of What Happened That Night Kiss”