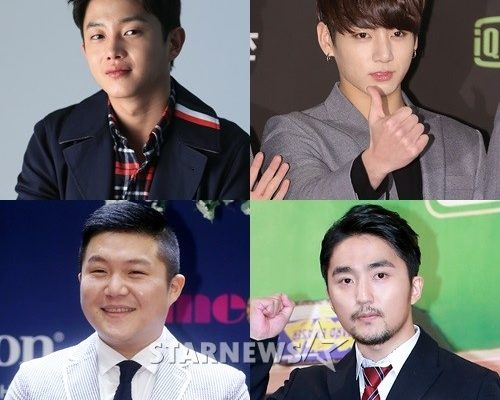 What will the new variety show entail?

The four members will be added to the show’s existing line-up of Ahn Jung Hwan and Seo Jang Hoon, effectively making the cast into a group of six. The show presents a new concept, where viewers of Flower Crew are able to determine the fate of the six cast members during their 3 days 2 nights trip. The decision will be made via voting on Naver’s V LIVE real time broadcast, due to the variety’s slogan of ‘by the audience, for the audience’.

Kim Minseok has attracted attention after his appearance on the hit drama ‘Descendants On The Sun’, and has showcased his variety prowess by appearing on ‘King of Masked Singer’ and MBC’s ‘Radio Star’. Meanwhile, this will be Jungkook’s first solo appearance on a variety program, as well.

Flower Crew will begin filming on June 6 at Jeju-do Island. The audience will then decide the fate of the members via voting on Naver V LIVE on June 6 and 7.