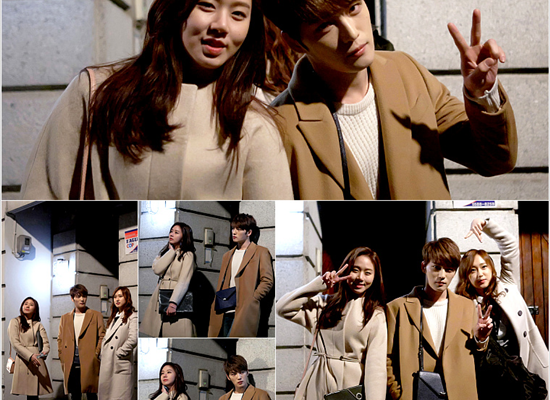 In the photos, the two appear to be close as they are smiling and posing cutely together. Instead of looking cold, Jae Joong is now showing his soft side. He is putting a bag around his neck and making a “V” sign, while Ko Seung Hee is leaning her head against his. The two are both looking at the same direction, showing sweet chemistry just like a real couple.

Other cuts show Ryu Hye Young, who takes the role of another agent named Eun Ah, posing with Jae Joong and Seung Hee. They are complimented to have close teamwork while filming the drama.

SPY’s production crew opened up about the teamwork of the drama, saying: “The teamwork between the cast and staff members are exceptionally good, which brightens up the atmosphere of the drama set. This tight relationship has carried onto the cast members’ actions, producing high quality scenes.”

In SPY, Jae Joong plays as an intelligent agent Sun Woo, who falls in love with Yoon Jun (played by actress Ko Seung Hee.) Fans and netizens are showing great interest in their romance.