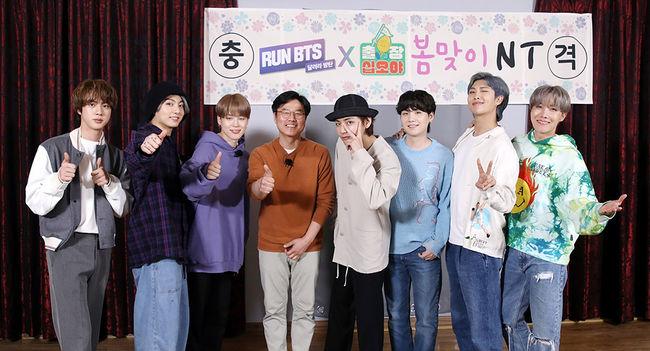 Another exciting collaboration to watch out for!

Worldwide K-pop boy group BTS will be working together with popular South Korean Producer (PD) Na Young Suk to bring in a fun-filled show to fans.

Just recently, it has been announced that BTS’ well-loved variety show BTS RUN collaborated for the very first time with PD Na Young Suk’s The Game Caterers program. The production teams of both programs revealed that they prepared for a long time and shared that they already finished filming together.

RM, Jin, Suga, J-Hope, Jimin, V, and Jungkook will show their chemistry with PD Na Young Suk and challenge themselves to the various games that tvN’s The Game Caterers has to bring in.

With a total of four episodes, the upcoming special collaboration series will first air on Run BTS via Naver V LIVE and Weverse on May 4. The second episode will air both on tvN and The Game Caterers’ official YouTube channel on May 7.  Moreover, the following two episodes will be broadcasted in the same way over the course of two weeks.

The Game Caterers airs for five minutes every Friday at 10:20 PM KST. Soon after, the full episode is usually released via their official YouTube channel.