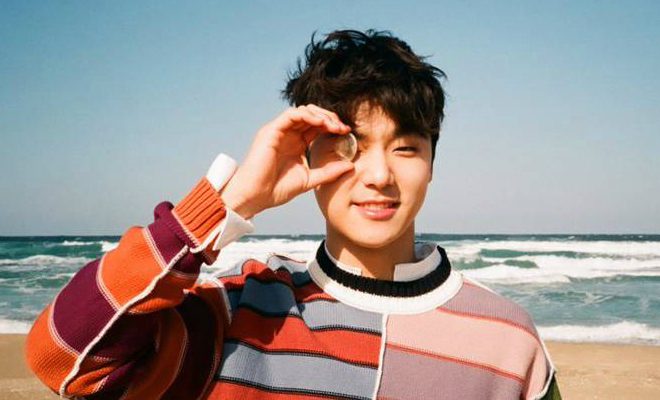 CNBLUE’s Min Hyuk is back in dramaland!

The upcoming Wednesday-Thursday drama was originally slated to air in July but was moved to August after MBC’s ongoing drama The Man Who Must Die to Live finishes. It tells the story of young doctors who board a ship to provide medical services to isolated villages on a remote island.

Kang will reportedly play the character of Kwak Hyun, a young and warmhearted physician, who has the ability to empathize with others easily. Hospital Ship will mark the drummer’s television comeback after last year’s Entertainer, which he starred alongside actor Ji Sung and Girl’s Day Hyeri.

The CNBLUE member made his acting debut with 2010 anthology film Acoustic. He then made his television acting debut in It’s Okay, Daddy‘s Girl. The drama’s cast also included Super Junior’s Lee Dong Hae.

In 2011, he joined his band mate Jung Yong Hwa and actress Park Shin Hye in youth drama Heartstrings. He also lent his voice for its official soundtrack (OST) with Star.

Kang received his first acting award in APAN Star Awards for his role in KBS’s family drama My Husband Got a Family in 2012. In 2013, he reunited with Park Shin Hye in The Heirs, wherein he displayed great chemistry with f(x)’s Krystal.

Aside from a television comeback, he is also busy with CNBLUE’s Asia tour. The tour will kick off on July 1 in Singapore. Prior to this, CNBLUE successfully wrapped up two concerts in Seoul.