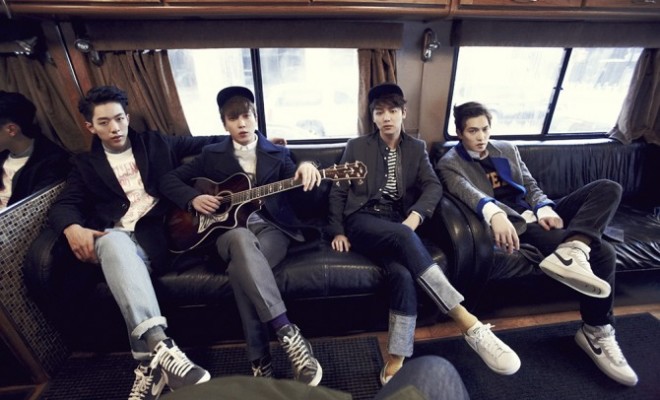 With its impressive performance being presented at the 2014 MBC Korean Music Wave in Beijing, CNBLUE is invited to be featured in the Chinese New Year show Chunwan, marking the band as the only K-pop group to appear on this year’s show.

On Tuesday, Hunan TV’s representative announced CNBLUE’s appearance on the show, saying: “CNBLUE will play its popular songs live on the show and partake in an interview with the show’s host.”

Chunwan, which is a special annual Lunar New Year show of the provincial satellite TV network Hunan TV, is one of the most famous TV shows in China. Last year, the show achieved more than 800 million viewers.

In other related news, the band’s leader Jung Yong Hwa has already gained lots of love and support across China, as well as worldwide with the recent release of his solo debut album One Fine Day.