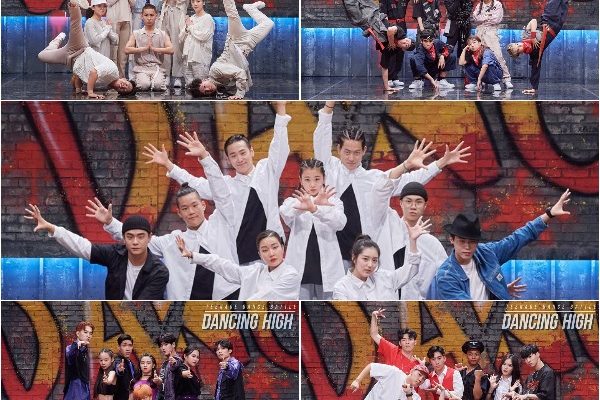 Staged on October 26, Team Just Jerk managed to outscore the other teams and became the eventual winner of Dancing High Teen. 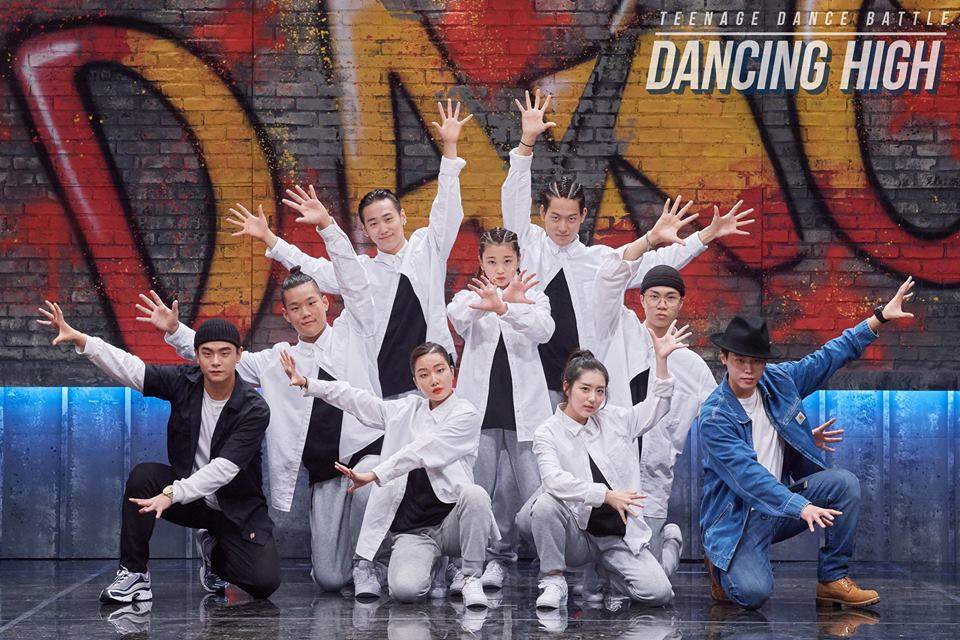 Dancing High Teen finale episode opens up with performances from the ace dancers of each team. The viewers picked the ace unit performers. Kim Min Hyuk of Team Lia Kim dance to PENOMECO’s “PNM” (Plus and Minus) while Song Chan Yi (Team Seung Hoon) moves to Mariah Carey’s “Emotions”.

The five dancers end the ace unit stage with a group performance, jiving to Maroon 5’s “What Lovers Do”.

Members of Team Seung Hoon want to somehow include eliminated teammates in their performance. They want their former members to feel they are still a part of the team. They chose the songs “You Too” by Loco and Sia’s “Alive”. Even before the start of their performance, Chan Yi is already feeling emotional. She and Da Bin cry during their dance number. Coach Lee Seung Hoon sheds tears as well as he watches his team at the backstage. Big Dipper manages to deliver a touching performance which the judges acknowledged.

J-Black assures the remaining members it was not their fault and the team should not feel burdened because two of their members got eliminated. He also adds that while the performance has several flaws, he knows that they did their best. He advises them to continue dancing to strengthen their foundation and gain more experience.

Ha Hui Dong praises the stage lighting and the inclusion of the short clips of Jo Hee and Bo Hyun. He also commends Da Bin and Chan Yi as they expressed a lot of emotion. He also like that the performance was able to highlight their teamwork.

Hoshi says that he was impressed from the beginning and the emotions were delivered well.

Poppin Hyun Joon wants to give them a perfect score for the emotional aspect of their performance, however, he points out that the techniques did not go well with the emotions. He thought that because they got overwhelmed with feelings their techniques got sacrificed, regardless, he congratulates them for a job well done. Team Seung Hoon’s performance got an average score of 92.6.

Before the final showdown, Coach Lia Kim wants her team to be more aggressive and gain back their confidence. So, she prepares a busking dance event for the members to show off their individual skills. The team gets energized from the crowd’s reaction and thank their coach for conducting such event.

Team Lia Kim’s concept is about changing people’s perspective about dancers. Each member narrates the prejudices they often hear directed towards them. They also mention people oftentimes put a label on them. That makes them feel boxed and unable to fully expressed their feelings because they are afraid of being judged.

The team begins their routine and executes well. However, halfway through the performance, Gyu Jin’s foot gets tangled on the band. He is able to get out of it without his team noticing anything since they are wearing masks. He manages to finish their number without any further mishap.

Judge Woo Jin praises their original concept and Hoshi recalls that he knows how hard it is to dance using a rubber band as he tried it before, so he commends the team’s effort.

Poppin Hyun Joon also praise their use of props and comments that he felt Gyu Jin did not make a mistake. Instead he saw it is part of the act. Like he wants to break free from the rope that was trying to hold him in.

J-Black wishes the rhythm was faster. Apart from the beat, he says he enjoyed the entire performance.

Team Lia Kim gets an overall Special Judges’ score of 91.

Team Just Jerk gathers in a studio to record their own voices. They will use the recording in their performance. The narration includes their stories on why they dance, how they met through dance and how dancing makes them happy.

During the rehearsal, Coach Young J and J HO monitor the team. Coach Young J is not satisfied as they keep bumping to each other, messing up the choreography as a result. He knows he is being strict, and already expecting a disappointing performance.

In the dressing room, Young J still admonishes the team and reminds them it is the final performance. The kids say they understand their mentor’s sentiment, but instead of being emotional, they decide to concentrate on their choreography.

They manage to execute their routines flawlessly in their voice overs and dance in perfect harmony to “Hey Pachuco” by Royal Crown Revue. The judges are impressed with Woo Jin and Hoshi commenting they really enjoyed the performance.

Judge Ha Hui Dong surprised the audience and Team Just Jerk when he said that he felt annoyed watching their stage. He clarifies that he is impressed from the beginning and he just wants to watch, not judge them. Ha Hui Dong feels he is not able to fully enjoy as he has to write down comments. He lauds the use of voice overs as it makes the audience anticipate the dance even more.

With a lot of positive and great comments from the judges, Team Just Jerk gets a high mark of 96.8.

Gikwang invites his team over to his house and he cooks samgyetang for them. He wants to them regain their energy as they have been working hard for the past three months. The members appreciate his effort and thank him for the food.

Team Gikwang have a good time and joke about Gikwang’s dual personality as a coach. Gyu Ri recalls that Gikwang has always been nice to them, but he gets scary especially during practice.

The team’s concept is about the struggles and pressure of being an adult. As all members are 19 years old, they try to envision adulthood. All of them express fear and anxiety as they are getting close to being adults. They feel that they are going to have a lot of responsibilities and it is never going to be easy.

They dance to Alice In Wonderland’s OST, “Alice’s Theme”, before switching to “Treasure” by Bruno Mars and “KYOTO” (feat. Sirah) by Skrillex.

Hoshi says that they are able to deliver the concept of how scary it is for young people to face life as an adult. He also says that he was taken aback and get goosebumps as Soo Hyun looked into the mirror at the end of their performance.

Judge Ha Hui Dong applauds the flow of the story as it is easy to follow, and they are also able to showcase their character’s individuality while also showing a group performance.

Woo Jin agrees and in addition to their ability to express their characters, he also mentions every time the music changes, they take the audience with them and moved them with the right intentions.

J-Black also concurs as he also enjoys the performance as well but adds that adult life is not that bad. It may be hard but there are a lot of things to love and enjoy.

Their performance gains an overall score of 94.

Hoya surprises his team when he announces that he composed a song for them to use in their final stage. The song he made is titled “Now You Can Cry”. He wants his members to let out all their emotions as they deserve it for enduring so much in the past three months.

Hoya recalls he is not a great dancer, but he tried to teach his team everything he knows. He feels proud that his kids are able to deliver every time and for him that is more than enough.

Team Hoya dances to their mentor’s song perfectly and their movements are also in sync. Hoya, while watching backstage, could not rein his emotions so are the judges and audience.

J-Black says he’s annoyed while watching, in obvious reference to Ha Hui Dong’s previous comment. This earns a laugh from the audience and the other judges. He says that after watching the group perform, he realizes how amazing Hoya is and he doesn’t have anything to criticize about.

Park Woo Jin loves that they use an original composition and they also manage to convey the emotions. He adds that the performance gave him chills and feels like they have been dancing together for a long time.

Poppin Hyun Joon praises the choreography, outfits, lighting and overall concept. In addition to their style, he also commends their consistency that made him realize their passion for their chosen craft.

Hoshi applauds the lyrics shown on the screen as it helps in conveying the emotions.

The judges gave them the highest score, which is 97.8.

Now that the special judges have given their scores, which is 50% of the score that will determine the winner, it is now up to the audience votes. But before the revelation, MC Doni asked the mentors to give a speech. Lee Seung Hoon he became more mature as he gets attached to his kids. He added that he hopes the final performance is not the end, but rather a beginning for them to hone their skills. Coach Lia Kim said that she learned a lot of things from her team even though they been together for only three months.

Just Jerk mentors J HO and Young J expressed how proud they are of their team and hopes meet again to eat together to remember the fun times they had. Gikwang hopes his team will continue to grow and improve as dancers while maintaining their innocence and beauty. Hoya felt like three months is such a short time but despite of it, they have made beautiful memories together and formed friendships that could never be replaced. 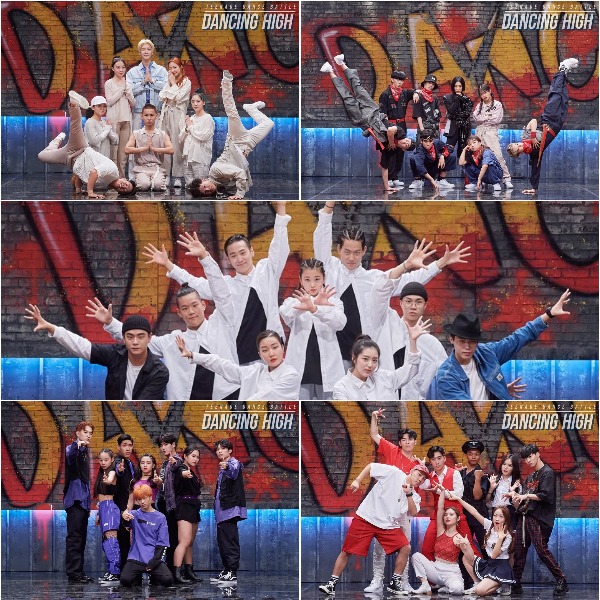 With the combined scores from the judges and audience, Dancing High Teen chose Team Just Jerk Juniors as the winner. They garnered an overall score of 178.8, giving members dance scholarships and a trip to the United States.

The Dancing High Teen finale episode has truly shown how these teenage dancers grew along with their mentors. They may have said goodbye to the show but the memories they shared and the lesson they learned will linger.