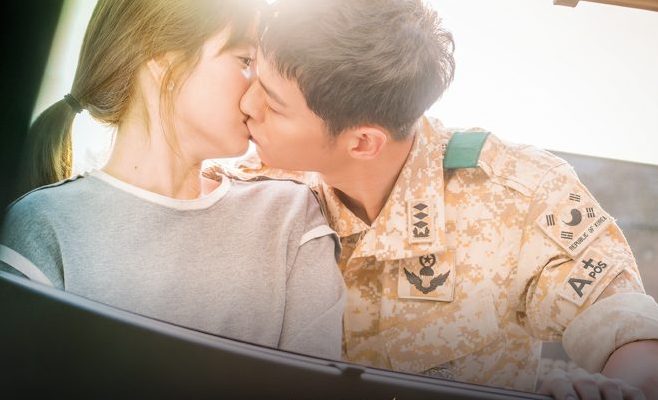 Even A Year After, ‘Descendants Of The Sun’ Continues To Take Home Awards

The Descendants of the Sun fever is still on!

Even a year after the hit K-drama took the world by storm, ‘Descendants of the Sun’ continues to rake in success after success.

It garnered high scores for its quality screenplay. According to the broadcasting watchdog body, the drama depicted the core humanitarian values of peace and dedication.

The Commission also lauded the drama for its popularity both locally and internationally. Descendants of the Sun was a major hit in South Korea. It also recorded a viewership rating of 38.8 percent on its last episode.

Aside from winning the drama race of Wednesday-Thursday, the series and its actors have received awards from various award-giving bodies. It won the grand prize for televison at the 52nd Baeksang Arts Awards. Lead actors Song Joong Ki and Song Hye Kyo took home the daesang at the 30th KBS Drama Awards.

The drama also enjoyed immense popularity in Asia. According to reports, it was exported to 32 countries, including the Philippines, Indonesia, Malaysia, and Thailand. The list also included western countries like United States and Italy, among others. KBS 2TV and Chinese broadcasting and video sharing platform iQiyi broadcasted the drama simultaneously in 2016 as well.

Also winning at the Korea Communications Commission Broadcasting Awards is KNN’s radio series, ‘Barrier-free Opera’ which bagged the second prize. tvN’s ‘Goblin’ and ‘Signal’ won the third prize, along with 12 other titles.