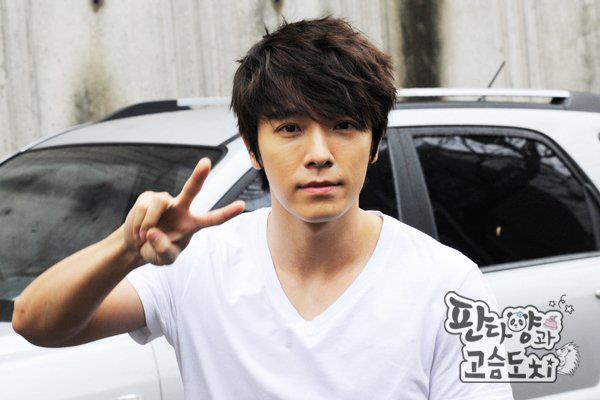 While the members of Super Junior are all busy leaving for South America for their showcase, Donghae brought more good news for the kdrama fans out there!

Trans @donghae861015: DVD of the drama I appeared on, Miss Panda and Hedgehog, will be released soon. Everyone, please anticipate for it!

Donghae did not only play the role of the patissier Go Seung Ji, but also composed and sang two OST singles for the drama, Don’t Go and Plz Don’t.

Mark your calendars and start saving up for the DVD Set 1 which will be released on July 3. Check the DVD preview below: