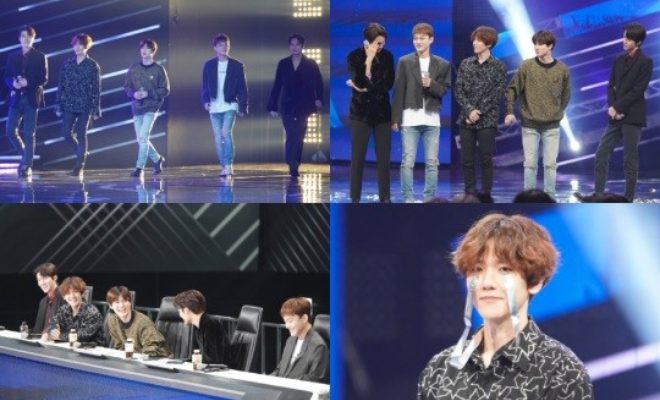 EXO’s Suho, Chen, Baekhyun, Kai, And Sehun Are Full Of Charms And Energy In Preview And Still Cuts Of Their “Stage K” Appearance

EXO joins the quest for the next top performers on Stage K!

Stage K is getting bigger and bigger in every episode, and for its ninth episode, the JTBC show tapped one of South Korea’s biggest K-Pop act, EXO, to join the show as guest judges.

Suho, Chen, Baekhyun, Kai, and Sehun will appear in the show’s next episode which is set to air on June 9. A preview video and still cuts featuring EXO were unveiled ahead of the boys’ appearance.

In the preview video, the EXO member received a hot welcome from the audience members who turned their full attention to Suho, Chen, Baekhyun, Kai, and Sehun. The hot response of the crowd prompted Jun Hyun Moo to quip that not a single audience member is looking at him.

Through the video, Suho, Chen, Baekhyun, Kai, and Sehun also shared their criteria in judging the performances which include the performance style, the performer’s skills, energy, and how they enjoyed the stage. The boys’ expectations seemed to have been met well by the performers as they show off enthusiastic response to the stages before them.

In addition to the preview video, the still cut images also presented a fun episode with the EXO members who were smiling brightly and having playful time together.

The photographs show Baekhyun using confetti to show his “tears”. Additionally, Kai was photographed keeping his head low in shyness, while his fellow EXO members turn their attention at him. In another photo, the boys took a photo with Jun Hyun Moo. 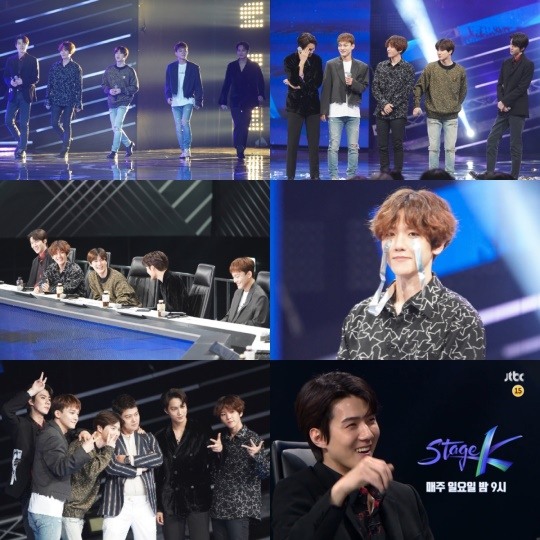 More of the adorable and energetic moments of Suho, Chen, Baekhyun, Kai, and Sehun will be unveiled in the full episode of their appearance on Stage K on June 9 at 9 p.m. KST via JTBC.