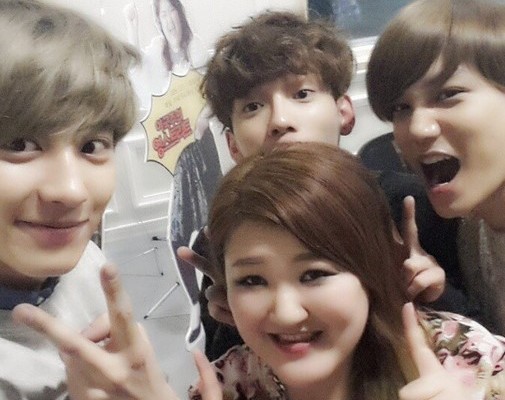 Kai previously made his first guest appearance on the show in April, along with his groupmates; Chanyeol and Chen. He expressed his feelings after joining the show and the desire to show up again, saying:

It’s the first time that I spoke this much on radio. I hope to take part in this radio show again in the future.

To that, Lee responded:

Then let’s do a double DJ when you show up next time.

Now, the two’s words for a collaboration in the show is finally coming true, with a number of segments prepared for Kai on the October 7 episode of Lee Gook Ju’s Youngtreet.