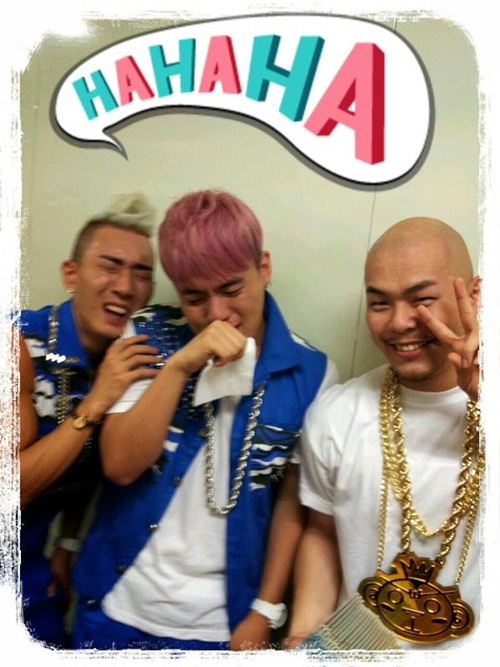 Kim Chang Ryul, of DJ DOC, publicized a snapshot of Fresh Boyz crying in its waiting room right after finishing its stage in KBS 2TV Music Bank on the 17th.

An agency official of Fresh Boyz, ENT102, told Star News, “This stage in Music Bank was the first stage the group has ever performed on a music entertainment show since its debut. The members cried as soon as they were done with their performance.”

Kim Chang Ryul’s visited the Yeoido KBS Public hall where the program was being broadcasted and it became known to be a visit to support the group.

On the same day, the group performed its new song King Kong Shower for the first time.

Meanwhile, the group proved its skills in Indie-hip hop scenes, with a stable group of fans and signed a contract with ENT102, which is managed by Kim Chang Ryul. Though the group released an album in 2010, its previous agency’s circumstances couldn’t allow the group to be active in its field of music. Nevertheless, Ceejay, Kwon, and Nolbu made a new start with ENT102.