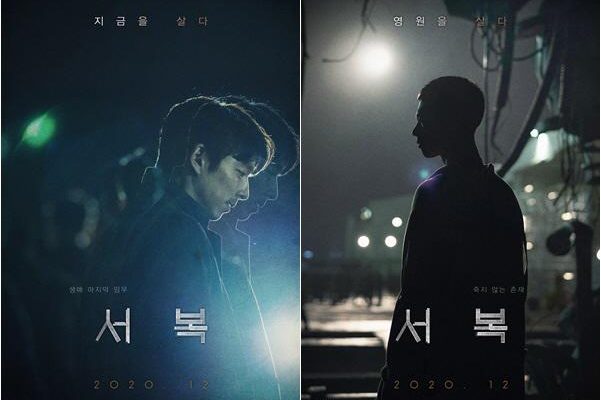 Fans of both actors and the genre would surely have something to look forward to as the much-anticipated movie will have its premiere in December!

Seo Bok (literal title) is a science fiction movie that will follow the story of Ki Heon (Gong Yoo). He is a former intelligence agent with a covert mission. He is tasked to transport, in secret, mankind’s very first human clone, Seo Bok (Park Bo Gum). Set to be his final assignment, Ki Heon will face challenges alongside Seo Bok. The duo will encounter and battle various forces wanting to get their hands on the clone. 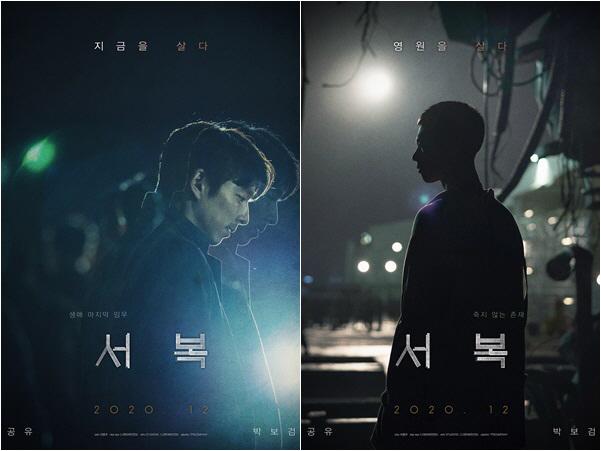 The first poster shows Ki Heon in the dark having conflicting emotions as he is about to undertake “the last mission of his life “(생애 마지막 임무). Meanwhile, Seo Bok who is said to have “an immortal existence” (죽지 않는 존재), is pictured in a shadow. His poster emanates a mysterious vibe. The words “live now” and “live forever” add more intrigue as to how these men will go about their journey.

Seo Bok started filming in May last year. It has gained attention from local and international fans as this is the first project of Gong Yoo and Park Bo Gum together. Gong Yoo previously starred in films Train to Busan (2016) and Kim Ji Young: Born 1982 (2019). He also starred in highly successful dramas Coffee Prince (2007) and Guardian: The Lonely and Great God (Goblin), among others.

On the other hand, the film marks Park Bo Gum’s return to the big screen after starring in the 2015 movie Coin Locker Girl. His drama works included Reply 1988, Love in the Moonlight and Encounter. He also stars in the currently airing drama Record of Youth.

Seo Bok will have its local theatrical release in December.