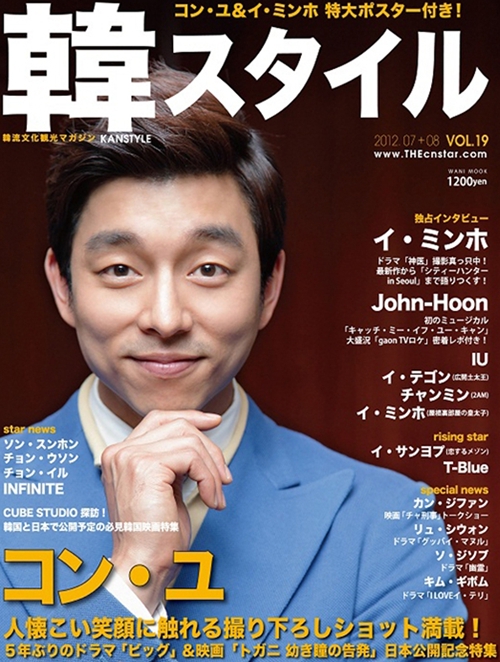 Gong Yoo’s ‘Big’ and ‘Silenced’ to air in Japan

Summer sweetheart Gong Yoo is set to hit Japan soon with his latest drama, Big, and his 2011 film, Silenced.

A representative from  Soop Entertainment revealed that the actor’s drama and hit motion picture will be available  in Japan this coming August. Big will begin airing on August 3 on Japan‘s CSTV, while Silenced will be on the big screen on August 4.

In regards to Gong Yoo’s promotions of his film and drama in the said country, Soop Entertainment said, “Nothing has been planned as of right now, but hopefully Gong Yoo will visit the country soon.”

Meanwhile, Gong Yoo is featured on KANSTYLE‘s July/August issue and will include an exclusive article as well as a 22-paged pictorial of the actor.