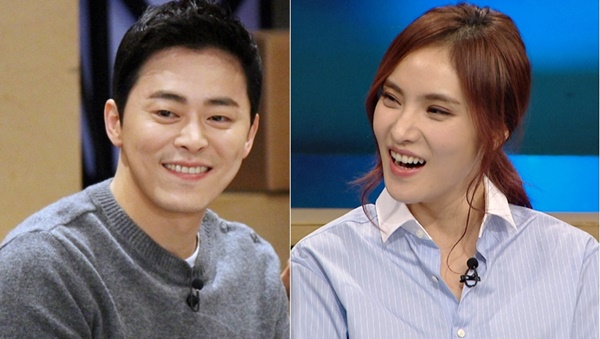 Gummy Opens Up About Her Relationship With Jo Jeong Seok

Singer Gummy has appeared as a guest on Happy Together 3’s ‘Girl Crush’ special on February 4, where she opened up about the romantic relationship with her boyfriend Jo Jeong Seok.

Jo Jeong Seok and Gummy confirmed that they were indeed in a relationship last February, and is considered as an admirable actor-singer couple in the Korean showbiz.

During the show, whenever the MCs talked about Jo Jeong Seok, Gummy became shy and speechless. Her face turned red, which made everyone burst out laughing.
The singer also shared her honest thoughts about her beloved man:

Since our relationship is out in the open, I don′t have to lie about my boyfriend, so that′s an advantage.

The star also revealed she would certainly not regret going public with Jo Jeong Seok even if she had an opportunity to come back to the time when their relationship was uncovered.

Especially, Gummy’s mother paid a charming compliment to Jo Jeong Seok through a phone call during the filming: “Jo Jeong Seok is a perfect potential son-in-law.” She also hoped her daughter can get married soon.