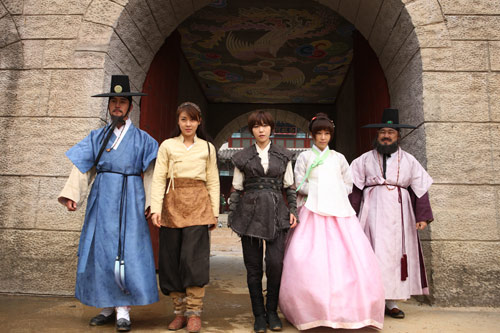 Ha Jiwon, Kang Yewon and Ga In to be ‘Joseon Three Beautiful Girls’

Ha Jiwon, Kang Ye-won and Ga In of Brown Eyed Girls will be transformed into Joseon era’s best bounty hunters for historical action movie, Joseon Three Beautiful Girls (조선미녀삼총사). For the past 3 months, filming and production have been going on in Chungju and the last scenes were completed on December 18.

Ha Jiwon will play as Jin Ok, leader of the three beautiful girls who invents unique weapons and has the ability to disguise herself, Kang Ye-won will be Hong Dan, the only married one in the group, and Ga In will act as Ga Bi who steals the hearts of men all over the country.

With the unique cast list and interesting story line with action scenes, many people are looking forward to the new upcoming movie, Joseon Three Beautiful Girls. They ended the filming after 64 sets as of December 18 and will be available to the public in 2013. 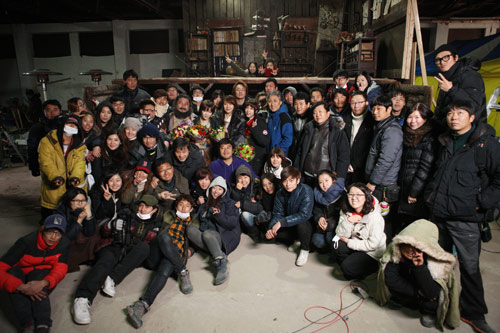