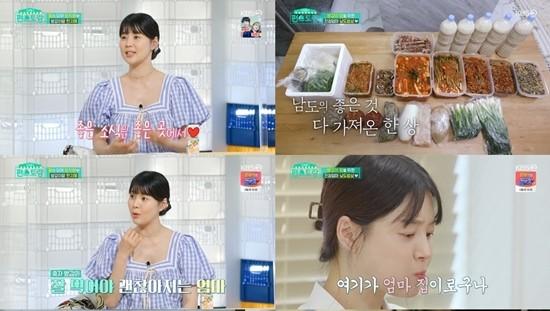 The actress comes back to the show as two and shows off her blissful pregnant life in Jeju island.

Han Ji Hye has received warm wishes from many people upon delivering the news of her pregnancy after 10 years of marriage at the end of last year. Star’s Top Recipe at Fun-Staurant is the first broadcast program she appeared in since her pregnancy announcement.

Showing off her 7th-month pregnancy, she conveyed really wanting to appear in the show.

Accordingly, the members of the Fun-Staurant pour out congratulatory messages to her. She also reveals the name of the baby in her tummy is “Banggap” which means “nice to meet you”. 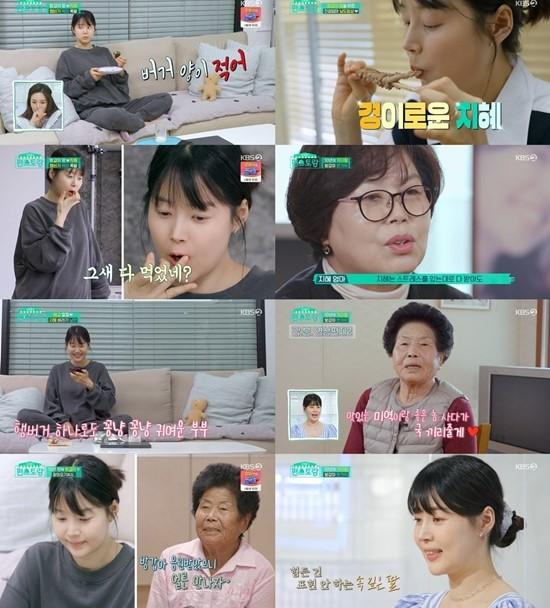 Showing the lovely daily life of Han Ji Hye and her baby, the actress shared her daily routine. Upon waking up, she drinks a glass of carrot juice and eats Jeju island’s black pork hamburger, a food she did not like before pregnancy.

She confesses how the morning sickness changed her diet. Assuring her fans, after the broadcast, she posted on her personal SNS that in her last trimester, she is on thorough diet management and does regular exercise.

Following this, a sweet phone call with her husband was revealed. Han’s husband expressed her love for his wife with a voice overflowing with aegyo.

After that, she starts communicating with her fans reading warm wishes, and giving pieces of advice. During the counseling session, she responded with all her heart to the story of worrying about infertility.

In fact, Han Ji Hye also sympathizes a lot because she became pregnant after 10 years of marriage. Han Ji-hye said, “I was giving up, but Banggap came to me.” She further encourages her fan not to give up.

Basking in the food prepared by her mother and grandmother, Han Ji Hye flexed the “Namdo Table Spread” putting the members of the show in awe. In the subsequent interview of her mother and grandmother, they expressed happiness to the arrival of Banggap deeming it as a blessing. They remarked how they watched but supported silently as Han Ji Hye smiled brightly even without child news for 10 years.

Adorably enticing viewers with her mukbang show, her pork menu will be featured in the next episode.

Star’s Top Recipe At Fun-Staurant is broadcast every Friday at 9:40 pm on KBS 2TV.