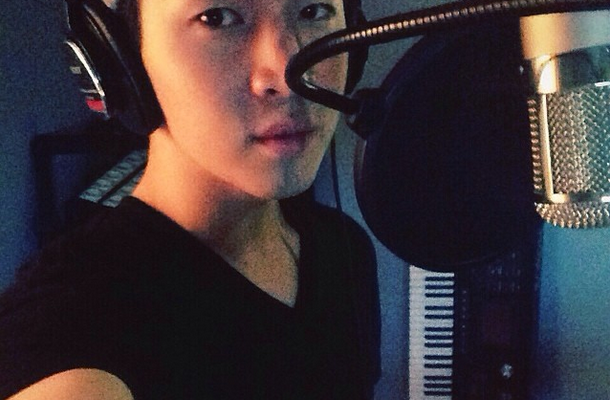 On the latest episode of  Real Men, Super Junior-M‘s Henry, who is known to have a grasp of at least 5 languages, showed off his skills yet again . He tried to engage in a simple yet heart-warming conversation with some children in Tacloban during one of their rounds in the area. 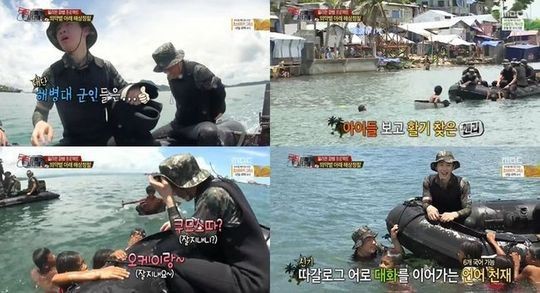 Henry and the children who approached their boat exchanged a series of “Kamusta ka?” (How are you?) and “Okay lang” (I’m okay) while the other members of the cast followed his lead and talked to other villagers.

This act proved to help ease their discomfort due to the hot weather conditions at that time, because their attempts to speak the Filipino language was well-received and with bright smiles.

The episode also proved the popularity of Super Junior in the Philippines. A few girls started dancing to Sorry Sorry when they recognized Henry and the Real Men cast along the road and Henry returned their love by calling out to them, a hug and a few words.

Hellokpop, as an independent Korean entertainment news website (without influence from any agency or corporation), we need your support! If you have enjoyed our work, consider to support us with a one-time or recurring donation from as low as US$5 to keep our site going! Donate securely below via Stripe, Paypal, Apple Pay or Google Wallet.
FacebookTwitter
SubscribeGoogleWhatsappPinterestDiggRedditStumbleuponVkWeiboPocketTumblrMailMeneameOdnoklassniki
Related ItemsHenrylanguageReal MenskillsSuper Junior
← Previous Story This Fan Didn’t Suicide Because She Realised ZE:A Hadn’t Won A No.1 Yet
Next Story → MBC bans lip-syncing on ‘Music Core’