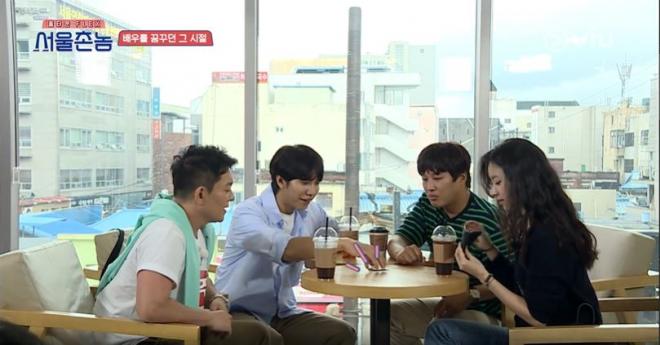 Hometown Flex takes the concept of how people raised in Seoul acquaint themselves in the hometown of the projected guests for the show. Cha Tae Hyun and Lee Seung Gi will visit the hometown of the invited guest to experience the best of what the region can offer.

Promising unparalleled amusement, the show hints that the places, experiences and local delicacies picked by local celebrities will highlight memories from the guest that would incite laughter. 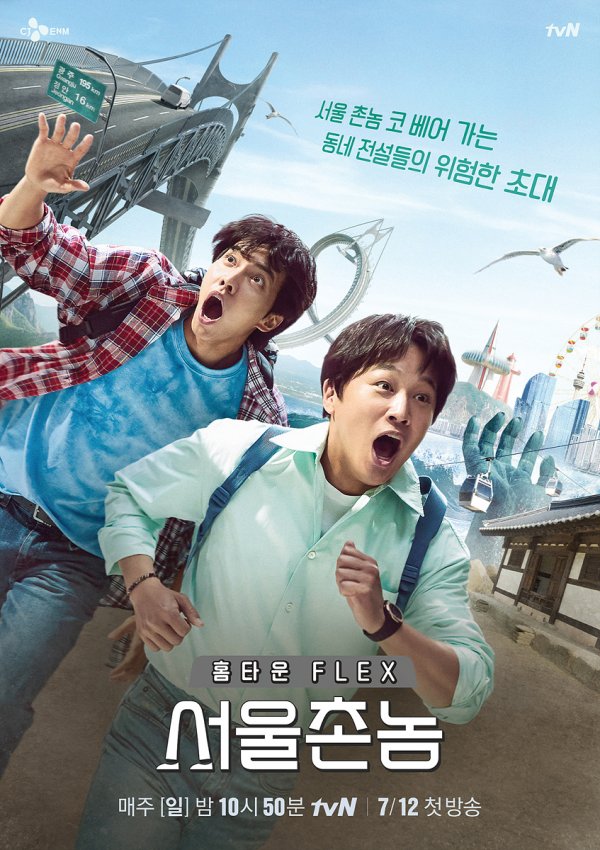 For the show’s third stop, the team visits the South Korean city known for its rich culture. Together with Han Hyo Joo and Lee Beom Soo, the Seoul bumpkins set forth to explore some of the best spots in the neighborhood.

Meeting at a local bus station, Han and Lee had a quick chat as they settle for the itinerary that day. Both denounces having pronounced local accent. They also share how they need continuous coaxing when setting up a plan with them. Enlightening Seung Gi, he shared a series of conversation with Hyo Joo highlighting a trait common to Cheongju locals.

One of the charms of Hometown Flex is how it taps on nostalgic memories of the featured guest. Hence, a visit from restaurants from their memories is often highlighted.

For the first meal, the team head to a restaurant Lee Beom Soo frequented with his parents when he was young. It has been running for 54 years with popular broth concocted for 55 years. To win a meal, the Seoul bumpkins and Cheongju guest stars participate in fan sign event ending up in a draw and letting them savor the sumptuous meal.

Next, they head to Jungang Park, a key destination for all ages to enjoy picnics and quiet moments.

They marvel at the majestic 900+ year old Apgaksu tree then move to a pavilion which holds a fond memory for Beom Soo.

Sharing how he was praised for an artwork he did in grade school, the pavilion drawing of young Beom Soo captured the beauty of the building.

The Cheongju stars definitely know their history and has provided insightful information to the delight of Seoul hillbillies. Notably, Hyo Joo can even recall dates that it felt like watching a history show with the Cheongju guest celebrities.

As a city of rich culture and creativity, Hyo Joo picks a museum visit to their itinerary. They visit the vast offering of National Museum of Modern and Contemporary Arts. Housing quite a big number of art pieces, the group enjoy the featured works of art.

Throwing another game, the team of four  are asked to draw a portrait of each other. Seung Gi drawing Hyo Joo became the winner of the online popularity vote.

Beom Soo and Hyo Joo take the Seoul hillbillies to a trip to their old neighborhoods. Inescapably, fond memories pour out for both of them as wistful moments from the past rush to their thoughts.

Earlier, Beom Soo relayed how he moved to Seoul carrying two luggage and his father was asleep when he left that day. Later, he learned from his mother how his father felt sad about him moving.

Meanwhile, Hyo Joo together with Seung Gi, stroll at their old neighborhood. It was revealed that Seung Gi lived for two years at the same neighborhood as Hyo Joo. Ecstatic to see the old local mart, she continues to bask on her old memories.

She tells Seung Gi how she used to walk over a hill to go to school when she was young. Reaching the front of the apartment building she mumbled how everything look and felt the same. They head to visit the playground young Hyo Joo used to play around. Noticing the touching moment, Seung Gi asks about how she feels. “I’m very close to crying,” Hyo Joo responded.

More fun and reminiscing are in store for viewers in the second part of the Cheongju episode of Hometown Flex on August 16 via tvN.

Additionally, child actor Kim Kang Hoon (When the Camellia Blooms) will also appear in the show.