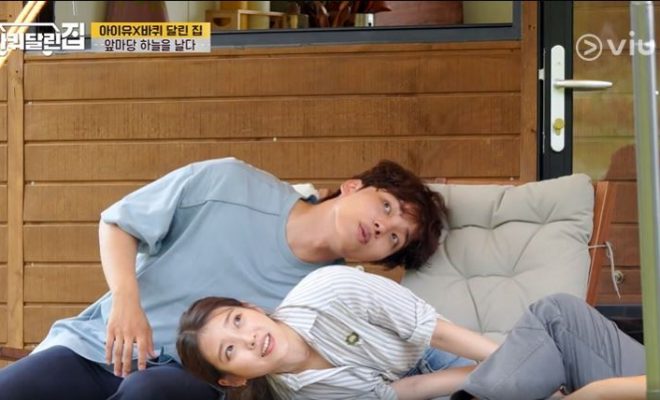 House on Wheels not just celebrate the joy of traveling, it also emphasizes on the beauty of creating memories! 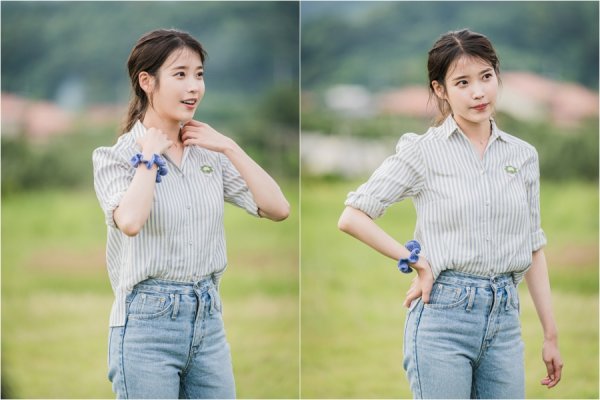 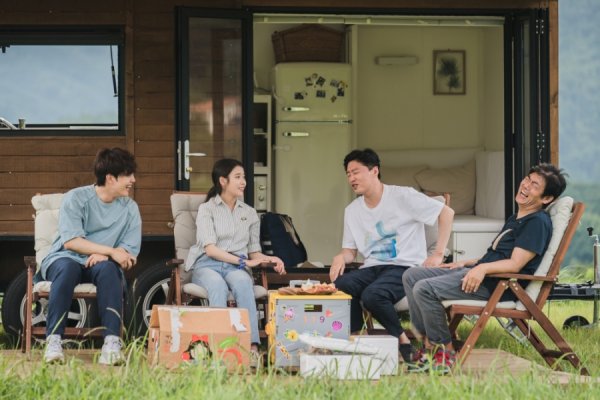 For its seventh episode, another celebrated artist joined the brothers in their travel adventure. House on Wheels marked its newest stop at Goyori Landing Field. Known as “alps of Korea”, the three actors and their guest enjoy what Mungyeong in North Gyeongsang province can offer.

Settling well, they sign up for a paragliding experience and then munch on some Mungyeong mushrooms prepared by Dong Il’s friend. Taking some quick bites, the four enjoy the authentic taste of the mushrooms. Yeo Jin Goo made a special sauce with Himalayan salt as secret ingredient complementing the raw taste of the mushrooms.

Just as they are about to leave for groceries, Dong Il receives a call that their scheduled paragliding must be done right at that moment.

Prepared to take on the paragliding challenge, the four head to the jump point and were given instructions. Hee Won, who has experienced a lot of firsts in the show, can’t help but tear up as he marvel on his first flying experience.

Likewise, IU also enjoyed the experience, albeit feeling nervous initially. She cutely got scared when her guide maneuvers their parachute in a theme park glide.

Later, when they reach the landing grassland and sit down to rest, they talk about the amazing experience. Sharing how he could not reply to Dong Il up in the air because he was overwhelmed with emotions, Hee Won is a reminder of how the most beautiful things in life requires bravery.

He mentions not doing it again explaining that he needs to cherish that special memory and will do it again in the future when he forgot what he just felt that moment. 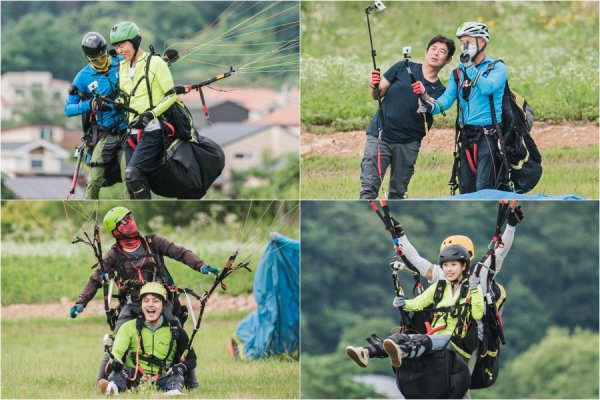 Jin Goo calculates the flow of dinner preparation for his special guest after buying meat for their samgyupsal party. He first prepared the raw beef for them to munch. Then, he preps the ingredients for gochujang soup while impressing IU with his knife skills.

IU busied herself keeping the cooking place clean while Dong Il fires up the charcoal grill.

To make the Hotel Del Luna reunion more complete, a quick teaser of next week’s episode is shown. BLOCK B’s P.O joins his favorite hoteliers as they set off to relax in a nearby spring with prepared chicken soup by Dong Il.