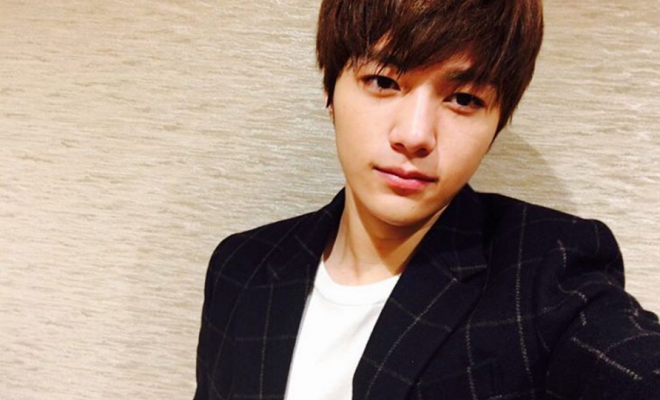 This will be his second leading role of 2016!

Infinite‘s L was recently cast as the leading role of a Chinese web drama, Black Cat (tentative title). According to reports, the script reading has been completed and filming will be commenced soon.

In the drama, L will be playing the role of a top actor named Ho Yeon. Ho Yeon’s character has a sweet personality that is well-loved by his female fans.

It was also said that L “had an extraordinary understanding of the work”, and the idol is”working with passion” on the project.

In related news, L’s film ‘Mr. Shark’ is expected to premiere in the second half of the year.

We need your support! If you have enjoyed our work, consider to support us with a one-time or recurring donation from as low as US$5 to keep our site going! Donate securely below via Stripe, Paypal, Apple Pay or Google Wallet.
151
SHARES
FacebookTwitter
SubscribeGoogleWhatsappPinterestDiggRedditStumbleuponVkWeiboPocketTumblrMailMeneameOdnoklassniki
Related ItemsBlack CatHo YeonINFINITELMr SharkWeb drama
← Previous Story Kim Jong Kook To Appear On ‘Fantastic Duo’
Next Story → Kim Minseok, BTS’ Jungkook And More To Join Travel Variety ‘Flower Crew’