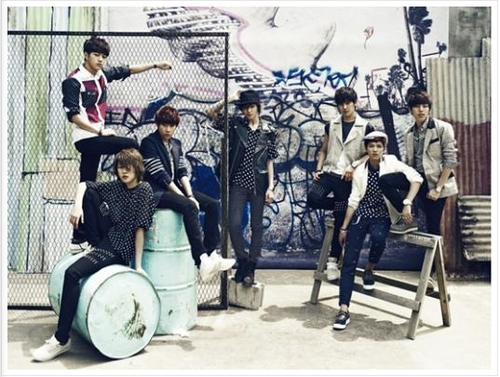 By The Editor | September 6, 2012
FacebookTwitter
SubscribeGoogleWhatsappPinterestDiggRedditStumbleuponVkWeiboPocketTumblrMailMeneameOdnoklassniki

It has been announced that popular idol group, INFINITE, will be recording the OST for MBC’s new sitcom, Just What is Mom.

The sitcom is scheduled to air on October 8 and will be INFINITE’s first recorded OST since their debut. Woollim Entertainment revealed, “Just What is Mom’ production crew sent a love call for this OST to INFINITE who has won the triple crown with The Chaser and held the record of five sold out summer concerts, That Year’s Summer, to show a new side.” Fans are also highly anticipating the song, as the group will be working alongside Sweetune, who have previously collaborated with INFINITE.

In addition, INFINITE’s L has also been confirmed a role on the new show. This will be his third appearance in a TV show, after the Japanese drama Jiu last summer, and the tvN drama, Shut Up Flower Boy Band, which aired earlier this year. L will also be acting alongside Na Moon Hee, Park Mi Sun and Kim Sae Ron.

Just What is Mom tells a story of a family who is “sometimes lively, sometimes warm,” and Na Moon Hee will be playing as the main character.

INFINITE are currently promoting overseas with their Japanese single, She’s Back.