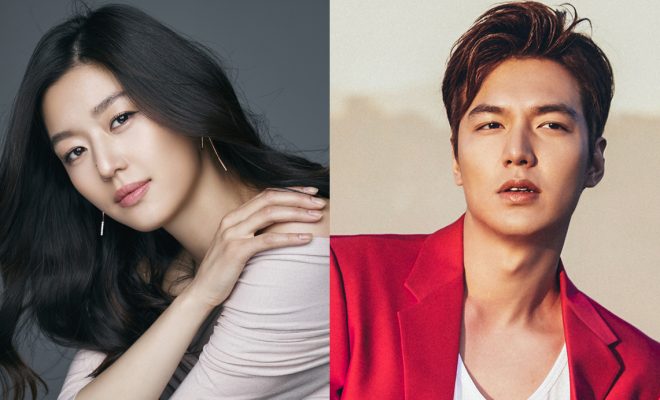 Jeon Ji-hyeon and Lee Min-ho in a Drama Together? YES!

By Xiaolong | May 31, 2016
FacebookTwitter
SubscribeGoogleWhatsappPinterestDiggRedditStumbleuponVkWeiboPocketTumblrMailMeneameOdnoklassniki

It is confirmed, folks: Jeon Ji-hyeon and Lee Min-ho will star together in a new drama!

SBS has announced that the two stars will join The Legend of the Blue Sea (currently a working title), which is being written by Park Ji-eun, the scriptwriter of the iconic My Love from the Star. Park has previously expressed her desire to have Jeon Ji-hyeon and Lee Min-ho in a drama together, and finally, her wishes came true. The series is an adaptation of the well-known Andersen tale, ‘The Little Mermaid’.

Although the drama is in pre-production, Chinese media platforms have already started to bid for the distribution rights, offering as much as $495,000 per episode, but the production company expects higher bids. If the bidding goes on, the series might garner more financially than the mega-hit Descendants of the Sun.

Jeon Ji-hyeon returns to work after giving birth in February, while this will be Lee Min-ho’s first K-drama since The Heirs.