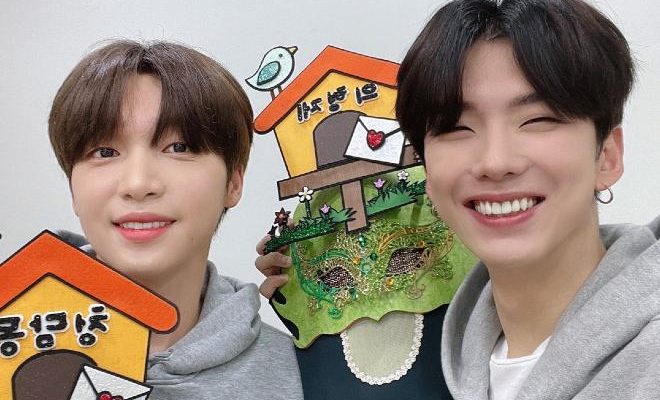 Jeong Sewoon and Kihyun prove they are one of the heavenly voices of the Kpop industry with this harmonious duet!

Jeong Sewoon and MONSTA X’s Kihyun present a splendid duet that had every member of the panel of King of Masked Singer in awe.

On the September 19 episode of MBC’s King of Masked Singer, the two Starship Entertainment gems appeared as a duet for the Chuseok special. The aired episode was a special one, inclined with the mid-autumn festival that occurs in South Korea every year. Therefore, the format of the episode was different from the usual. 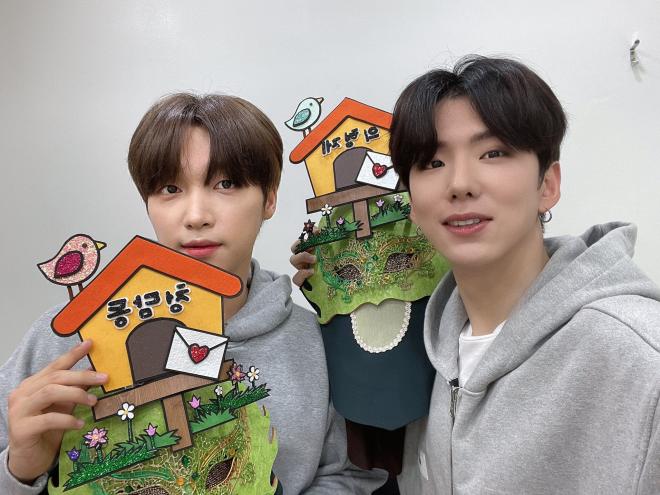 In particular, the duo masked contestants will compete with other duets to have a chance to challenge the reigning “masked champion”. Among the participants at this year’s Chuseok special was the golden voice Jeong Sewoon and MONSTA X’s main vocalist Kihyun.

Warning! This article contains spoilers for the King of Masked Singer episode.

Jeong Sewoon and Kihyun partnered up as the “Cheongdamdong Sworn Brothers” to compete with the “Brave Brothers”. The two teams performed their own rendition of Heize’s “And July.”

The two absolutely nailed it, with their voices seem to connect with each other like angel wings. Specifically, Kihyun’s wonderful voice matched perfectly with Sewoon’s controlled tune which made the performance a moment that everyone will surely remember.

However, Sewoon and Kihyun failed to advance onto the next round, losing their chance to challenge the reigning champion. The two beloved singers performed Jung Joon Il’s “Confession” before taking off their masks to reveal themselves.

Right after the face reveal, the nickname for the team was then clarified. Sewoon and Kihyun are both under Starship Entertainment and the agency building is located in Cheongdamdong, hence the team name “Cheongdamdong Sworn Brothers.”

After being eliminated in the first round, Sewoon and Kihyun comfortably had a short interview with the host. Wearing the brightest smiles on their faces, they shared how tight their relationship as a senior and junior was.

Sewoon even mentioned how Kihyun took care of him when he went to Seoul from his hometown in Busan to become a trainee. “If I have a schedule or event to go to, Kihyun would put up his own alarm so that he could wake me up himself. We were both still trainees at the time, and thinking about it now, it was pretty tough for trainees to make time for others like that.”

Sewoon has also extended his thoughts about appearing on the show two months ago and how he felt pressured coming back. “There wasn’t enough time to prepare so it was a pressure. But because I was with Kihyun, I had someone to depend on.” In addition, the soloist also expressed his gratitude to his senior and hopes that their relationship will grow even stronger.

Moreover, Kihyun also shared a memory of Sewoon during their trainee days. “When the other trainees would just pass by the hallway in our agency, Sewoon would sit on the floor and play his guitar and sing. Since we were in a difficult position at that time and had no money to give, I would put a meal voucher on his hat.”

Meanwhile, Sewoon has released the second part of his first full album 24 on January 6, 2021. On the other hand, Kihyun has released his cover of Tom Grennan’s “Little Bit Of Love” as well as the latest English single “One Day” with MONSTA X.