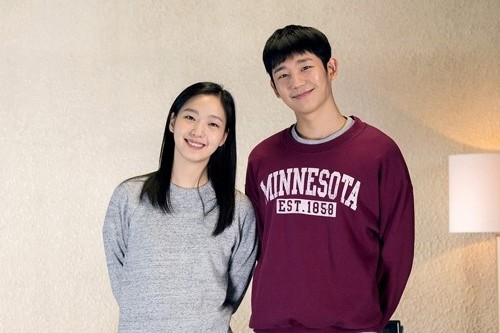 Looks like we’ve got another adorable on-screen love pairing as Jung Hae In and Kim Go Eun join forces for a new film!

Two charming faces are definitely better than one – and we’re quite excited to see how both the lovable Kim Go Eun and Jung Hae In will win our hearts over as they get paired up for a new movie! 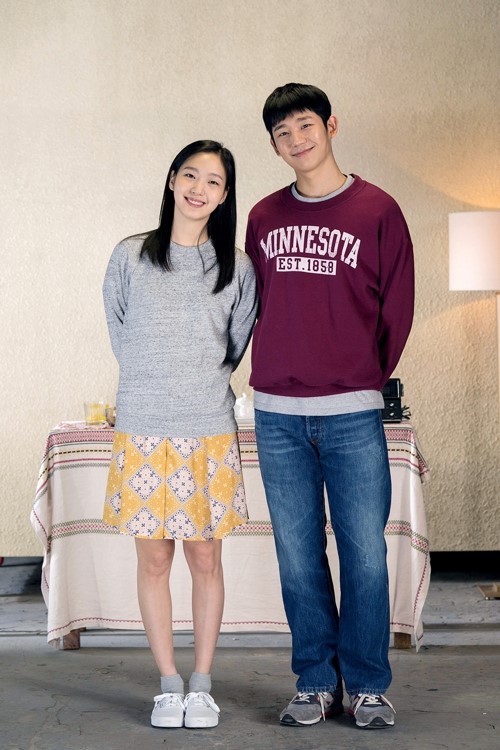 As per the film distributor CGV Arthouse’s announcement on September 14, Go Eun and Hae In are confirmed to be the leads of a new romantic melodrama film! It will be directed by Jung Ji Woon, who had worked with Go Eun previously for the actress’ debut film Eungyo and marks the two’s reunion since then.

The movie, which currently has the working title Yoo Yeol’s Music Album, has officially begun filming on September 1. It will follow the love story of Hyun Woo (played by Hae In), an optimistic young man, and Mi Soo (played by Go Eun), a hard-working and vigorous young woman.

They first meet each other by chance, and since then, destiny had seemed to be pushing them together as their paths keep crossing. Despite this, timing never appears to be in their favor and the movie wishes to depict the process of two people repeatedly meeting and undergoing the process of matching the frequencies – just like a song that flows from the radio.

Yoo Yeol’s Music Album is currently arranged to be released next year, though there are no exact dates yet.

Kim Go Eun was last seen in the small screen through tvN’s Goblin, where she made us cry tons along with actor Gong Yoo. Meanwhile, Jung Hae In had last made us swoon over him as Lieutenant Han in While You Were Sleeping and Seo Jun Hee in Something In The Rain.

Are you excited for Jung Hae In and Kim Go Eun’s new movie? Let us know by leaving a comment below, giving us a holler on Facebook, or tweeting us at @hellokpop!