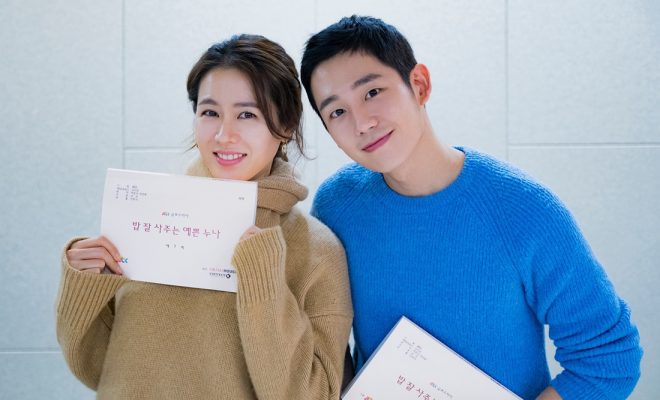 The cast and crew of new jTBC drama Pretty Sister Who Buys Me Food gathered for the first script reading session on January 25.

The actors met for the first time through Director Ahn Chang Suk’s lead. The celebrated PD’s fourth collaboration with jTBC looks forward to the new drama that he will be helming.

PD Ahn said, “The goal of Pretty Sister is to experience the viewer’s last real love.” He expressed his determination and expectation for his work. He also applauded the actors and crew for being one with him in his goal to create a drama that will be unchallenged even after years to come. 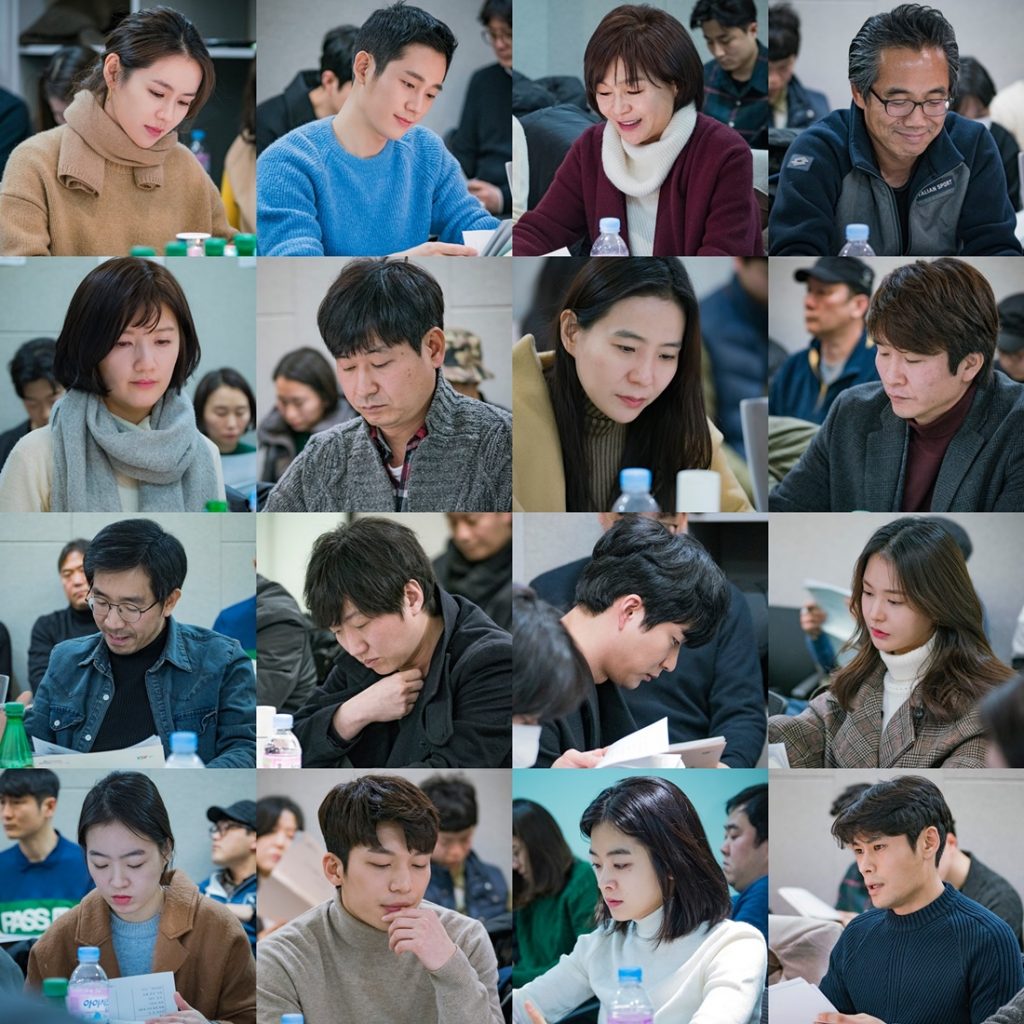 A-list actress Son Ye Jin, who last worked in critically acclaimed historical drama The Last Princess, returns to small screen after five years since thriller-melodrama Shark. She revealed how she has immersed herself in her new role as a woman who finds her last chance in love.

Rising actor Jung Hae In (Prison Playbook, While You Were Sleeping), who was on a successful drama streak last year, divulged how he is honored to work with the senior actors whom he looks up to. He is posed to play as a gaming company planning and character designer. He promised to make the future followers of the drama happy.

PD Ahn further said he hopes to concentrate on creating a beautiful drama that will focus on the real love story of an ordinary man and woman.

Pretty Sister Who Buys Me Food will replace Misty for jTBC’s Friday-Saturday drama.