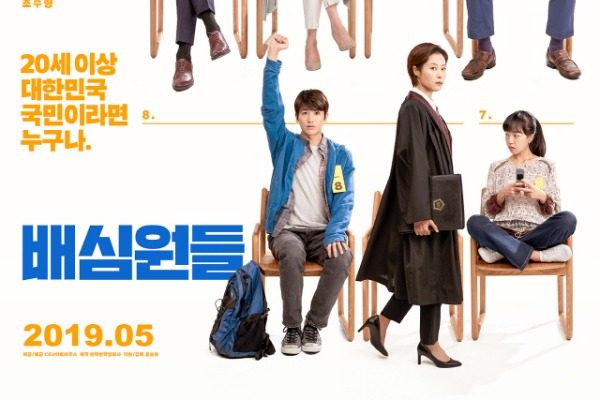 Jurors will finally be in session as the movie is set to be shown in Korean theaters this spring.

The Moon So Ri and Park Hyung Sik-starrer is a film based on a true-to-life event. It follows the story of a female judge presiding over the first ever public participation in a criminal court proceeding. The trial took place in 2008.

Moon So Ri plays Judge Kim Joon Gyeom who has a strong conviction. She passes judgement according to law and principle. Joining her in the cast are equally talented actors who portray the appointed jurors. Comprising the jury are all ordinary citizens who have no idea regarding the jury system. 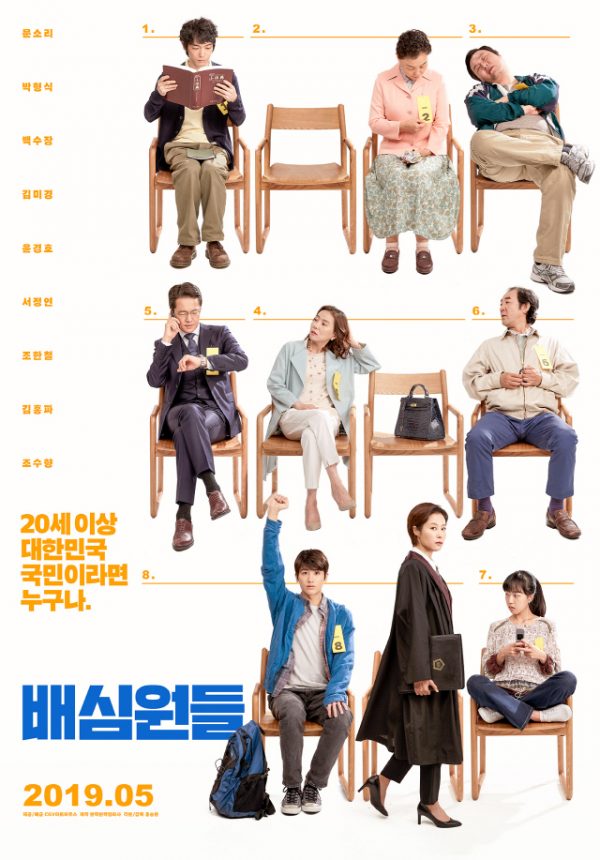 The movie poster shows the different personalities of the jury members particularly a bright-eyed and enthusiastic Park Hyung Sik who is raising his hand. Another highlight is Moon So Ri’s character with a serious look and intense gaze as she walks past the jurors. The poster’s copy literally reads “If you are a Korean citizen over 20 years of age.”

Jurors is Park Hyung Sik’s first feature film and it is directed by Hong Seung Wan. The movie will soon open in local theaters this May.