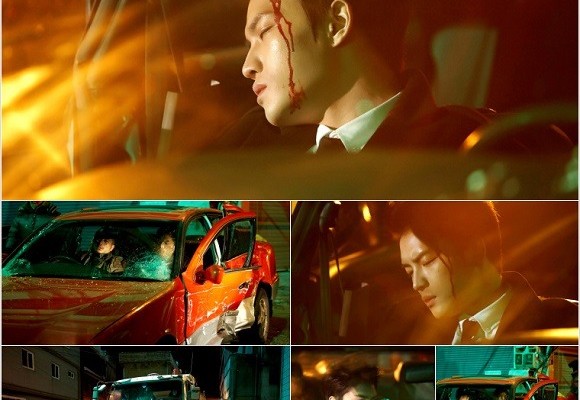 JYJ’s Kim Jae Joong Commits Himself in Acting of ‘SPY’

KBS2 has revealed photos of JYJ’s Kim Jae Joong from his upcoming drama SPY, as reported by Kpop Herald.

According to SPY’s producers, Jae Joong will get into a car accident with a large truck. In the photos, the singer-actor is seen unconscious in his crushed car, with blood running down from his head.

The representative of the upcoming KBS2 drama stated: “As the scene is one of the most important moments in the early stages of drama, Jae Joong and the production staff put their utmost efforts for nine hours to make the scene as good as possible.”

The idol plays as the main character Sun Woo, who is an intelligent agent in the NIS (National Intelligence Service) with outstanding skills.

SPY is set to air from January 9 onward.