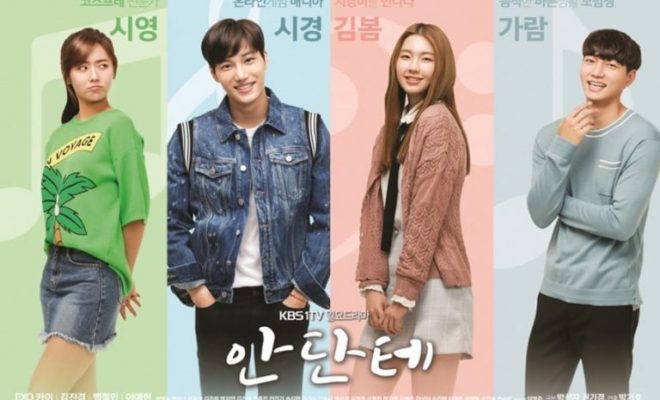 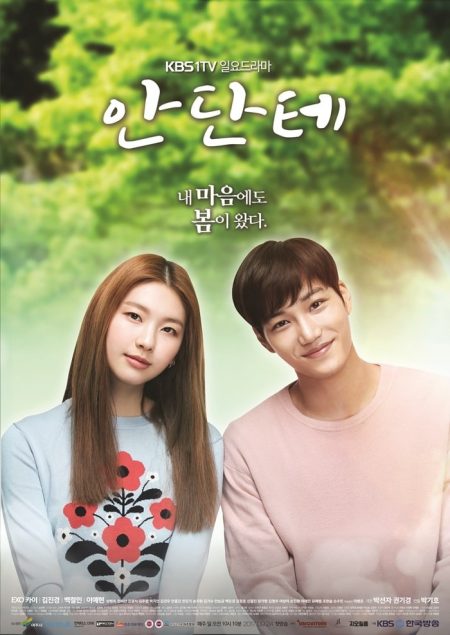 Andante is sure shaping up to present Kai’s acting chops as he takes on a familiar troublemaker-school boy Lee Shi Kyung.

When his mother learned that he fabricated his school grades because of his game addiction, they move to where Shi Kyung’s fraternal grandmother lives to run away from their financial debts, and to straighten up her soon-to-be-turning-hopeless children. 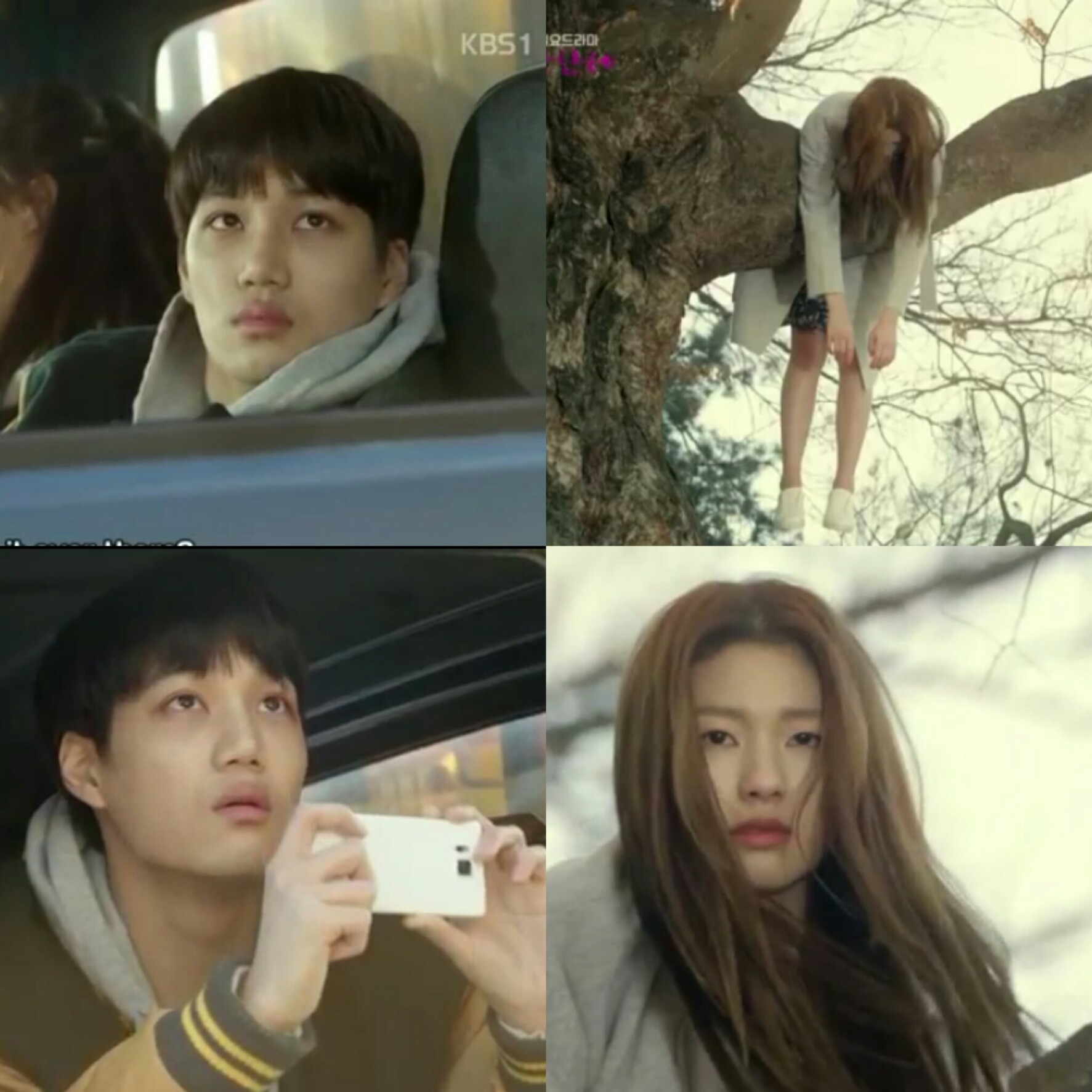 On their way to his grandma’s house, he captures a young lady, who suspended her body on a tree branch, staring back at him in a mysteriously sad gaze.

Shi Kyung’s grandmother initially refused to accept them in her house. But when he was found inside a wooden coffin after passing out from his encounter with his previous school’s bullies, her grandmother relents in letting them live with her.

The next day on his way to school, the bored young man runs thoughts about how Korean high school students seem to look the same with long hair, mini skirts and gestures.

His pensive mood gets interrupted when he notices the same girl he saw the other day. For the first time in his life, his eyes lay on a young woman, who looks different from all that he has seen before.

For a barely new actor, Kai was able to display an array of faces and emotions, which is surprisingly noteworthy and not overly projected on the kick off chapter of Andante. His pairing with known model Kim Jin Kyung whom I last saw in the reality show We Got Married is a curious case for me. So I would love if she will bring the A-game on her new career venture since I recall her refreshing demeanor in that particular variety show.

Andante‘s pilot episode baits the audience to a decent introduction about the people who will move in the youth drama.  It leans to emphasize importance on presenting the side of what being young has to go through beside the pressure of having to prepare for the bright future.

I really hope it would. So far, chance encounters and new beginnings are hinted on this KBS new spectacle. I can’t wait to see more of how the lead couple will progress with their connection.

Andante runs at 10PM, on every Sunday at KBS.