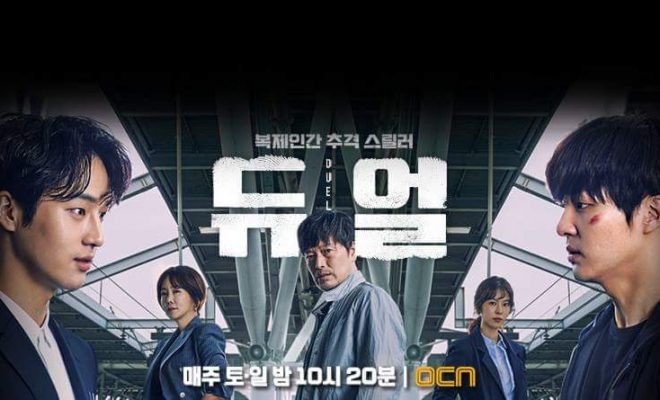 K-Drama Premiere: “Duel” Races To Perplexing Pursuit Of A Detective To His Daughter’s Abductor

OCN’s new crime story, Duel, premieres in an emotional draining week about a police officer on a mission to find his kidnapped daughter. 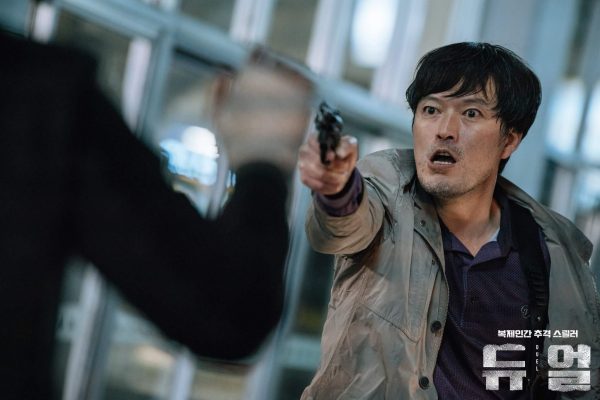 Duel caught me off guard because I thought it will be a straight cop and crime drama with layers of intrigue as reflected on OCN’s dark drama trademark.  So, I was not prepared when it broke my heart to pieces with Jung Jae Young’s desperate portrayal of a father that would do anything for his ailing daughter, presumed abducted by a man who lost his memory.

2017 so far threads with time slip plot and dual character twist.  Duel is layered with corruption, legal power plays and police procedural premise. It is also promoted to be using sci-fi element of human clones, but the opening week did not elaborate on it yet.

Jung Jae Young (Right Now, Wrong Then, Welcome to Dongmakgol) plays Detective Chief Jang Deuk Cheon, who is saddled with financial constraints due to his daughter’s leukemia.  Left with no choice when his daughter Soo Yeon is hospitalized, he agrees with Prosecutor Choi Jo Hye (Kim Jung Eun) to close a recent police investigation so they can get the promised money which he can use for Soo Yeon’s urgent expensive stem cell therapy. 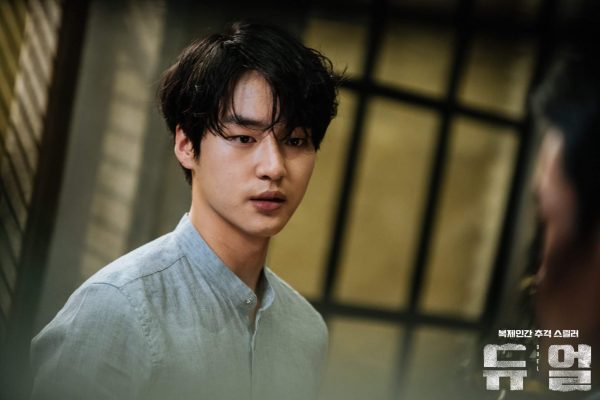 After Soo Yeon’s emergency treatment, they head home. But the driver of the ambulance turns out to be on a plan to kidnap the patient. He manages to subdue Chief Jang and takes off with Soo Yeon. An amount of ransom money is demanded by the culprit which Chief Jang obliges. However, the kidnapper flees after learning that some of the money given were fake.

The culprit is apprehended in the subway, but Chief Jang is momentarily baffled, seeing a man across the glass wall with the same face as the man he just fought with. The speculated culprit denies the allegations, insisting how he lost his memory. He is investigated by Prosecutor Choi and pinned to the crime due to the matching fingerprints and DNA results found in the crime scene.

Chief Jang, who remembered the gaze of the abductor, believes the arrested captor is suffering from temporary amnesia, so he helped him escaped jail time when they are on transit to the new prison. 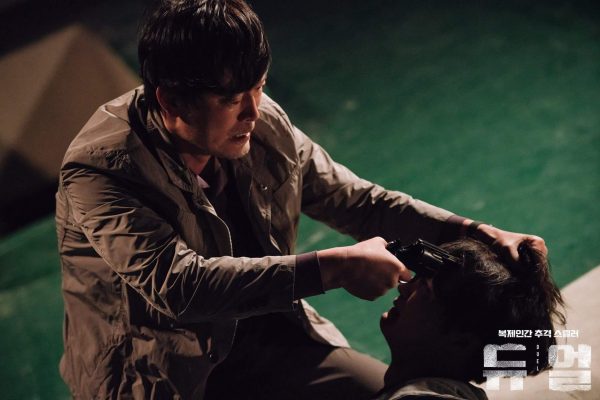 Whoa! I had to catch my breath after watching the energy sapping pilot week. The story is not yet sinking to the pretext of the conflict, but the powerlessness of the hero is already disheartening. Ergo, there is no way it will not be fulfilling once his problem is resolved.

I first saw Jung Jae Young in the classic Korean Rom-com film “Someone Special” with Lee Na Young. He is one experimental actor, who works best on dauntless roles as seen evidently on the get go of the drama.

Kim Jung Eun (Lovers in Paris, I am Legend) gives a heroine-villain air. We still need a few episodes to decipher where her loyalty lies, although I like her sinister smirk so far.

Rising actor Yang Se Jong (Saimdang Light’s Diary, Romantic Doctor Teacher Kim) takes on a challenge of portraying the good and evil characters that got entangled with the daughter-seeking detective. 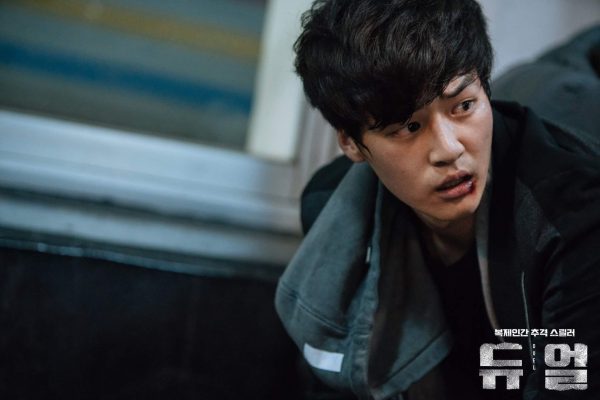 I like how Duel is heartfelt and brave at the same time.  Since it is dominated by male leads, the narrative yields a frustrating underdog tale that does not border to unnecessary hysterics common to female-led stories.  If cop-and-crime drama is your cup of tea, the tune-up episodes of Duel promises to give you what you need.

Catch Duel at OCN every Saturdays and Sundays at 1120 PM!