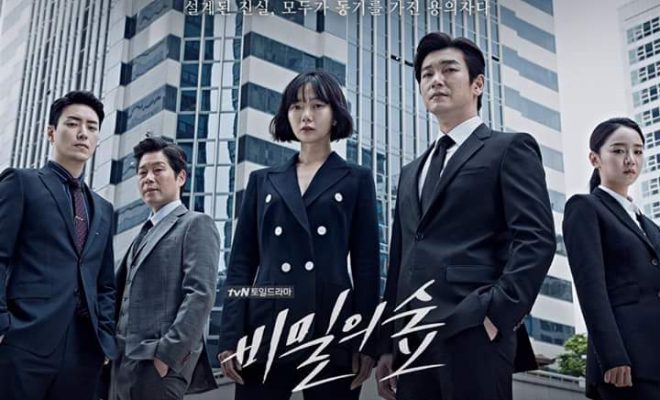 An apathetic prosecutor and a spirited cop team up to uncover a Forest of Secrets surrounding the justice system of the country. 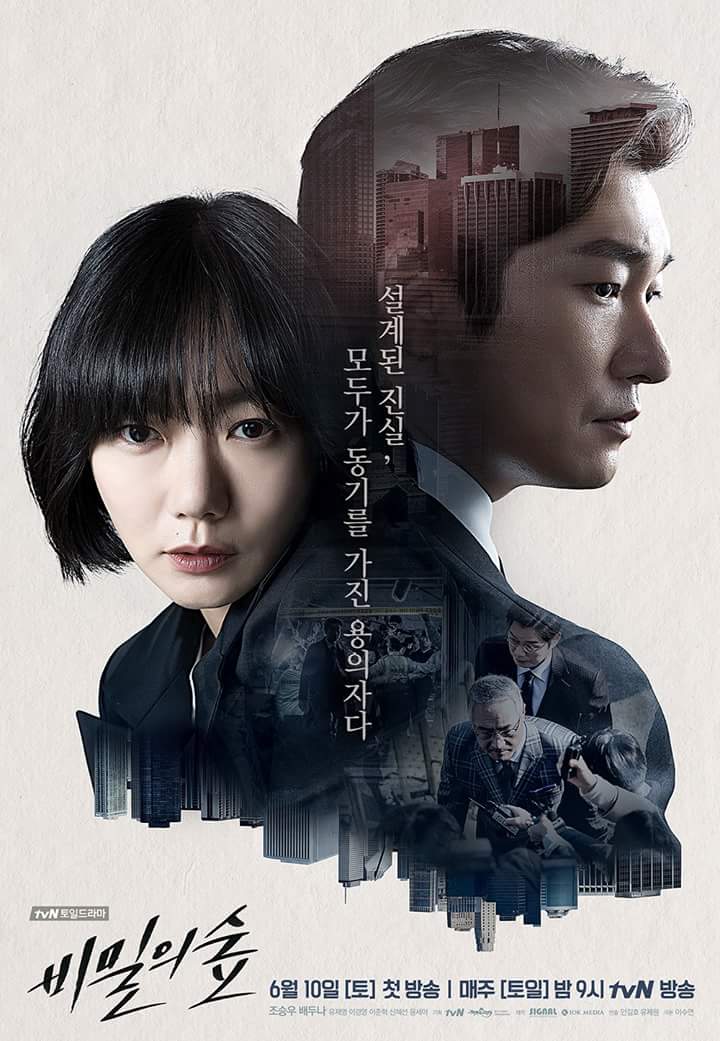 Lauded film actors, Cho Seung Woo (God’s Gift 15 Days, Horse Doctor) and Bae Doo Na (The Tunnel, The Host) join the 2017 legal drama array. With precise character depiction, they will draw viewers to follow their tracks on cases, which test their courage in defying the justice system unit they belong to. 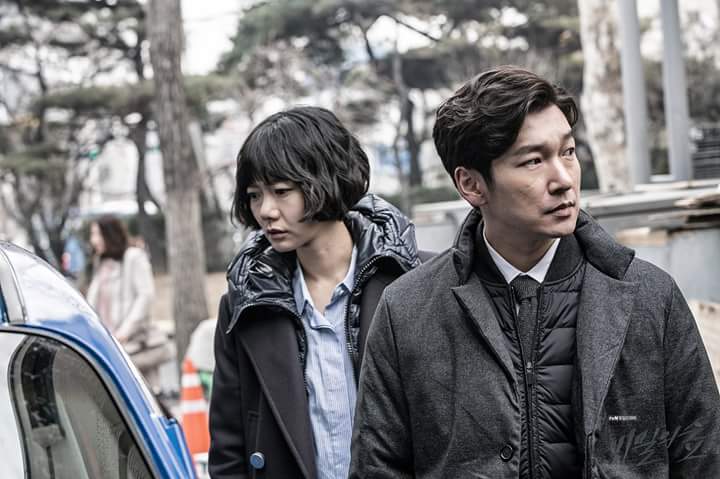 Stumbling on a murder of a former sponsor of money, ladies, and pleasure to the Prosecutor’s office, Hwang Shi Mok (Cho Seung Woo) procures decisive evidences to sentence prison time to a cable TV repairman indicted as the culprit.  His junior, Young Eun Soo (Shin Hye Sun), took the helm of the case for her debut.

By presenting late a key proof of video evidence as coached by Prosecutor Seo Dong Jae (Lee Joon Hyuk), it nailed the defendant to the crime which he did not commit.

But Detective Han Yeo Jin (Bae Doo Na), who initially worked with Prosecutor Hwang, scoops an evidence. It affirms the defendant’s claim, who left a hate letter on how he was framed by the police and prosecution office before committing suicide. 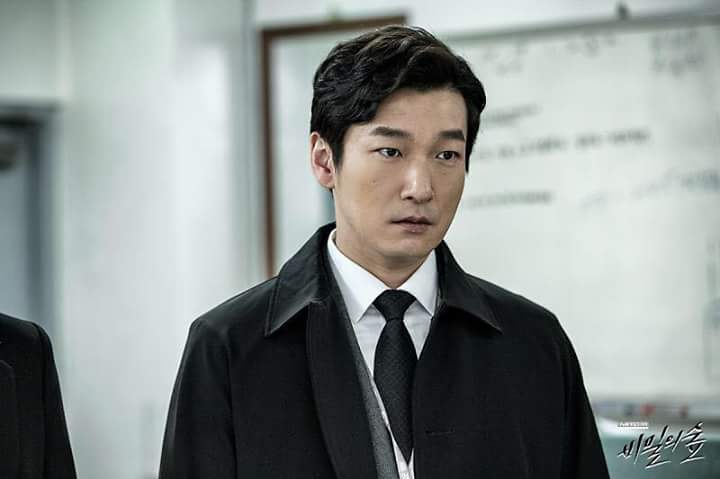 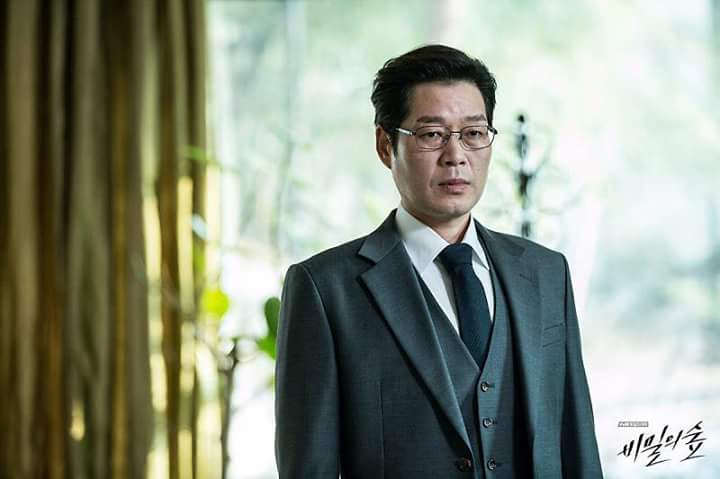 Prosecutor Hwang is challenged by Deputy Chief Prosecutor Yoo Jae Myung, who used to enjoy the dead sponsor’s money. He offers him a proposal to work together, and escaped a possible career downfall with the upcoming internal audit.

Caught in the dilemma of the failed investigation, Prosecutor Hwang shows himself to a TV talk show, making a promise to catch the culprit in two months.  However, it backfires after the news of his destructive past goes viral, damaging the upright prosecutor’s credibility. 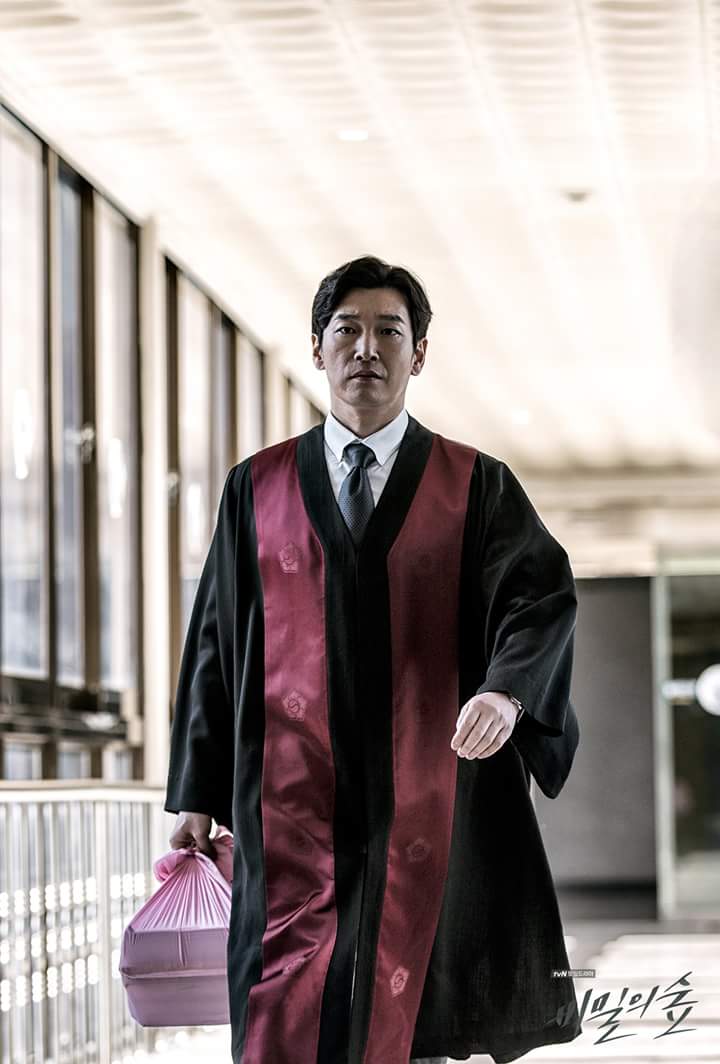 Forest of Secrets secures the highest rated viewership so far for TVN, hitting 4%+ in average rating.

I credit that to the seasoned textbook acting and character ownership of Cho Seung Woo and Bae Doo Na. We sure do have memorable roles for K-Drama land this year, but this duo just claim their fictional characters down to the littlest detail.

Forest of Secrets delivers a thrilling storyline that is supported strongly by the furtive display of villains and covert villains.  It leaves the audience guessing the next moves of the cast, and whose character is to be trusted. 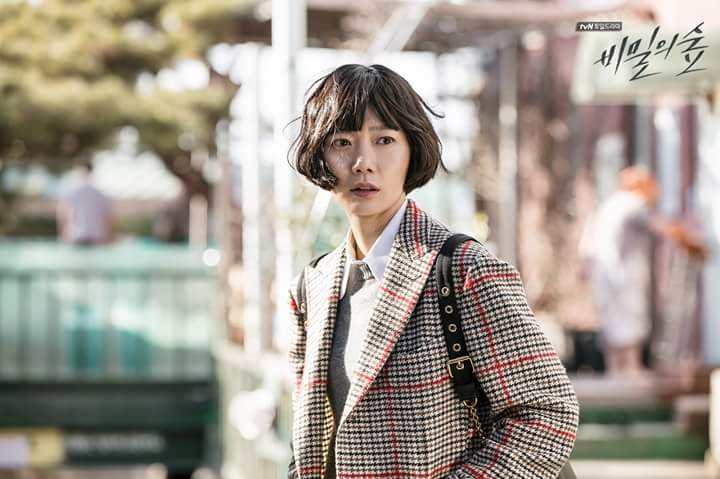 Hwang Shi Mok is a character, portrayed amazingly by Cho Seung Woo. The cold exterior makes you want to uncover all his layers, and jump straight into getting the details on why he became so distant.

Bae Doo Na’s chirpy detective persona breaks the ice to the hero’s character. By having them in one frame, it is a clever humor that I believe you would enjoy.

Out of all the legal dramas this year, Forest of Secrets is cut for adults, who want less drama and more story depth in the narrative. It bravely dissects the cover ups happening in the police organization, along with the corruption in the Prosecution Office. 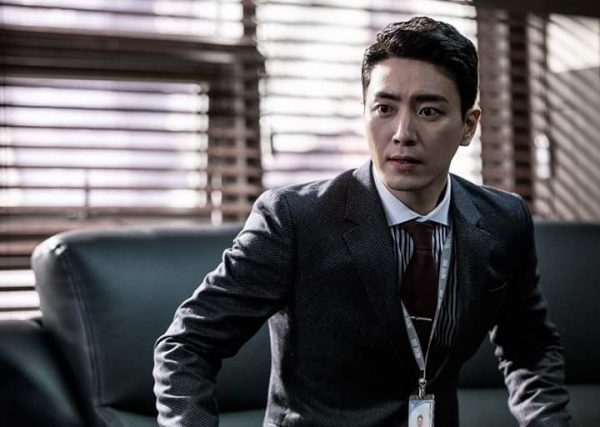 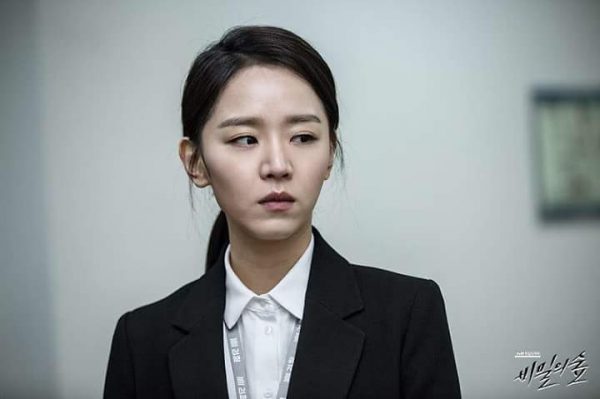 What intrigued me first in Forest of Secrets is the acting calibre of the lead cast. The opening week’s plot introduction did not hook me up initially. So yes, be patient to wait for the 3rd and 4th episode to grasp the story.

Forest of Secrets airs on TVN, every Saturday and Sunday at 9PM KST!