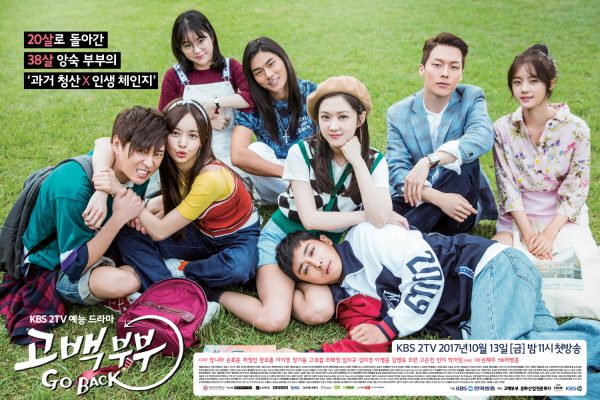 Go Back Couple sweetly narrates how giving love a second chance can happen only when people in a relationship are willing to forgive and to communicate. 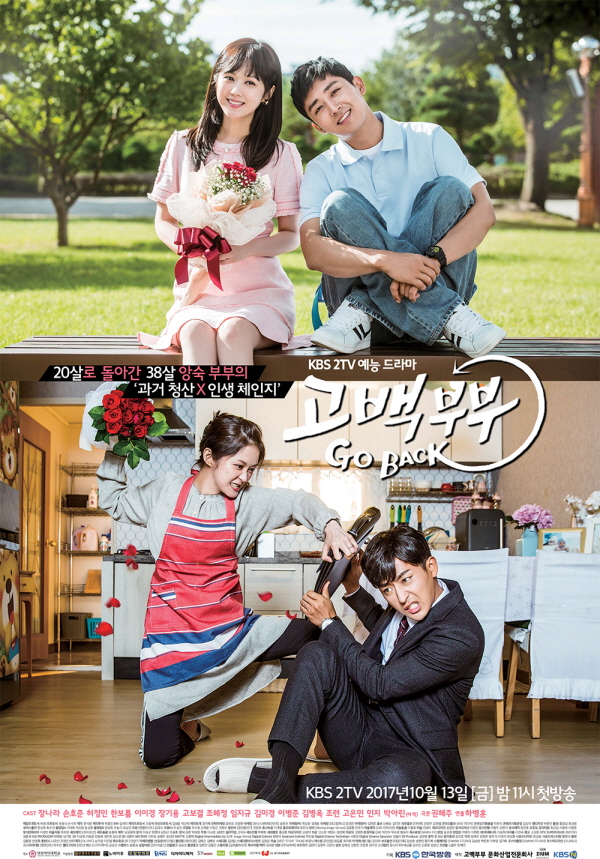 Go Back Couple sends you to a whirlwind of emotions with its pensive mood of the joys and pain of being in love.

The trip back to 18 years with the cast is a sweet nostalgia of what it feels to love the first time, and a bitter melancholia of the romance you painfully have to let go because it can’t work anymore. 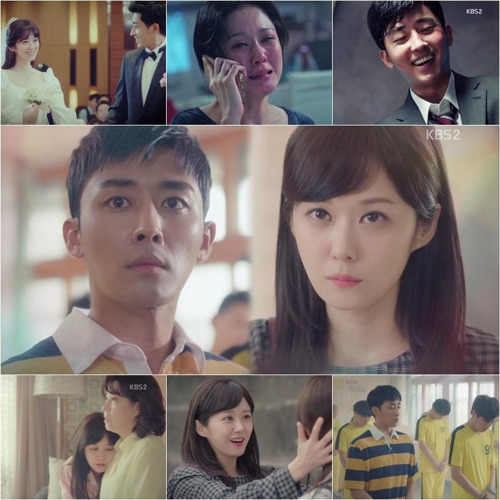 Go Back Couple strides to a contemplative narrative about an 18-year old couple who have decided to call it quits in their marriage, but is magically transported to the year when they first met. Having the memory of the unfortunate events that would sever their marriage, they opt not to take the road to their supposed relationship, only to rediscover pieces of memories that prods on how love did not happen instantaneously for them, but they end up being together.

Tracing the beginning of the main couple’s romance tugs and warms your heart as it makes you feel the same dilemma which the estranged fictional couple feels in traveling back to the moment when their lives have not fallen apart yet. But the sad reality of living without their happiness – their son, breaks their hearts each day in their conflict-free 20-year-old selves. 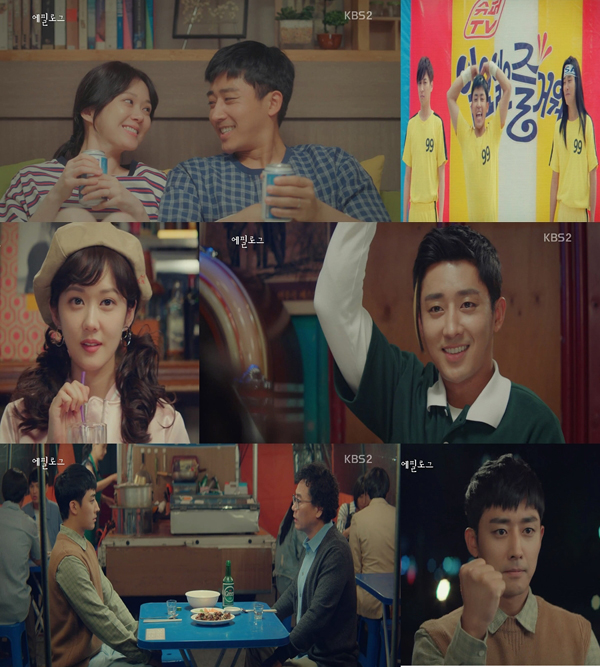 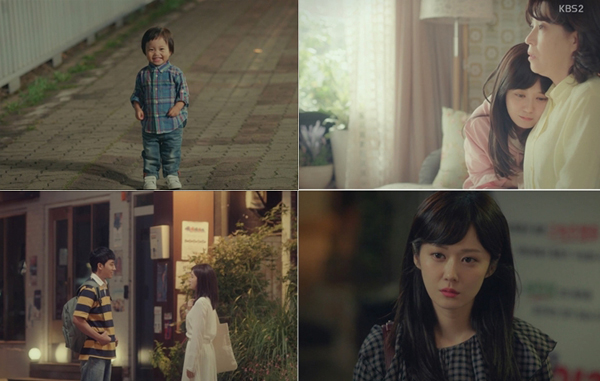 Failing to communicate as a couple is one of the biggest lessons that Go Back Couple gifted its followers. As the story unfolds, it reveals how Choi Ban Do (Son Ho Joon) genuinely works hard to the point of lowering his self esteem to provide for his family. His wife Ma Jin Joo (Jang Na Ra) has long held grudges towards him for those moments when she needs his comfort but he can’t come because of his job.

The strain of their relationship triggers when Ban Do fails to bring Jin Joo to her mother’s dying bed side. Blaming himself for the trouble he caused, he gives his wife the space he thought she needed, not realizing how she is needing him more to be by her side during her depression. When they slip through time in the days when Jin Joo’s mother is alive, the narrative beautifully captures the binding relationship between a mother and her child by making them both realize how choosing to keep everything to themselves drives their relationship apart. Lifetime friendship, committing to marriage vow and family love carve the basic message of this time-slip narrative. 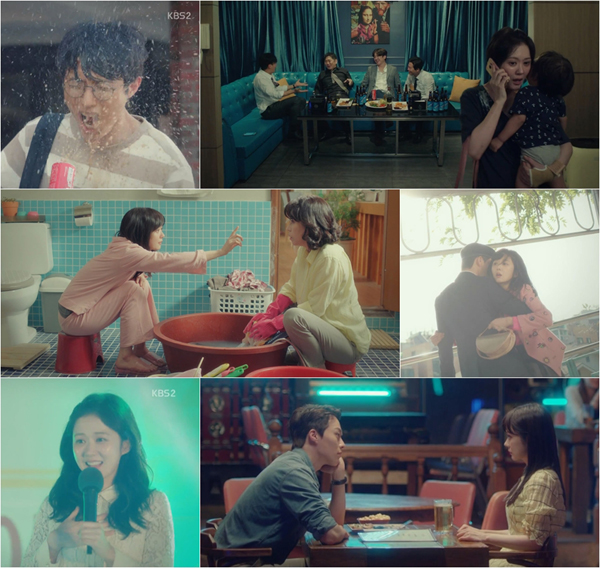 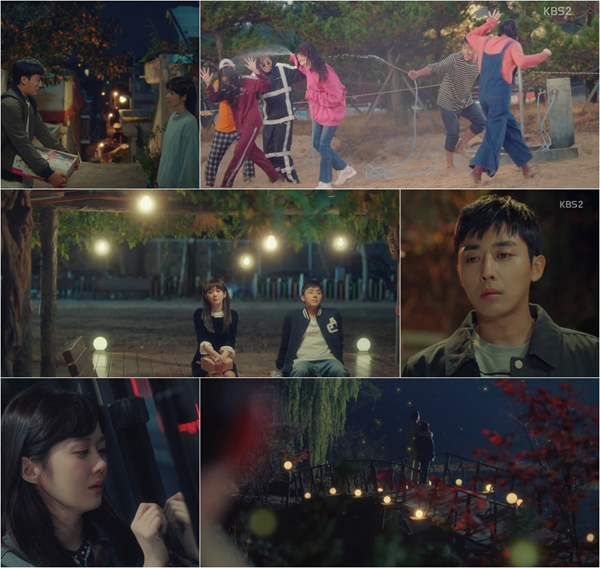 Go Back Couple works on its easy to count cast in creating a refreshing picture that gifts the viewers a trip down to those best moments they have when they only have to worry about studying. It yields a nudge to check on your relationship to your loved ones if you have been nurturing the blessings that you receive for having them. The side stories of the supporting cast function efficiently in sprinkling humor and facets of character development essential in the story. I like that the second leads are drawn with rational minds who understand they have to let go of their unrequited love. 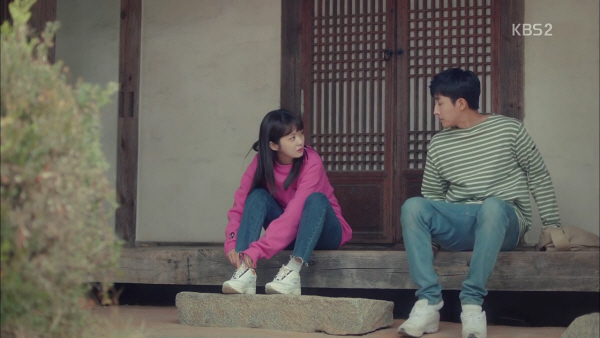 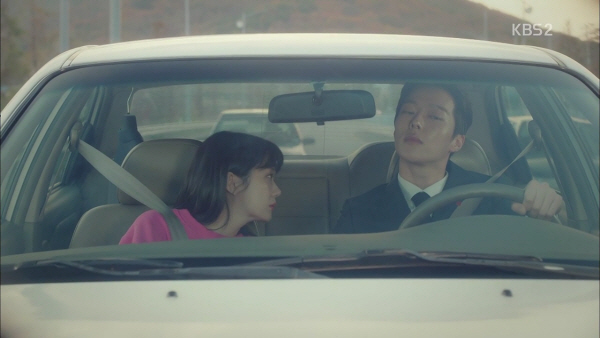 12-episode drama has tendencies to make you crave for more. Go Back Couple successfully nailed the proper sendoff for the main couple’s love conflict which is also the focal premise of the narrative. But then I felt everything is rushed for the supporting characters who have given plenty of hijinks for the drama’s bright mood frosting.

Since the pace of the story move along with the characters, I was expecting that everyone would get a closure they deserve, and not just a passing mention by the lead couple. A reunion scene for the university friends in one frame would have been nice to include than a back story of the magical ring that sends them back to the past.

Viewers accepted the metaphysical element as the driving force of the story. So there’s no need to elaborate since the beauty of the narrative is watching how the estranged couple rediscover their love for each other. The small alterations they did in the past is part of the happy-ever-after package, that audience would willingly give to the cheerful cast. 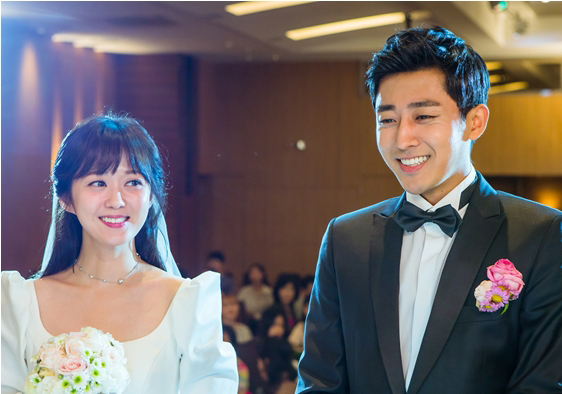 Staged in a wistful retro vibe, the engrossing love journey of Ban Do and Jin Joo pushes you to ponder on how you react if you would be given a chance like them to work on a relationship you have already given up.

Go Back Couple presents a gravitating picture through the lead girl’s mother’s story arc, which starts the initial breaking of their relationship – and which they tried to ignore through the years. That same overlooked grudge is what they discovered to work on the fantasy borrowed time given to them, to realize how they vowed to be with each other.

If you are looking for a swift rom-com drama that highlights friendship, family relationship and recounting the good old days of being in love, then pick your favorite pillow and a marathon date to watch this gleeful cast. 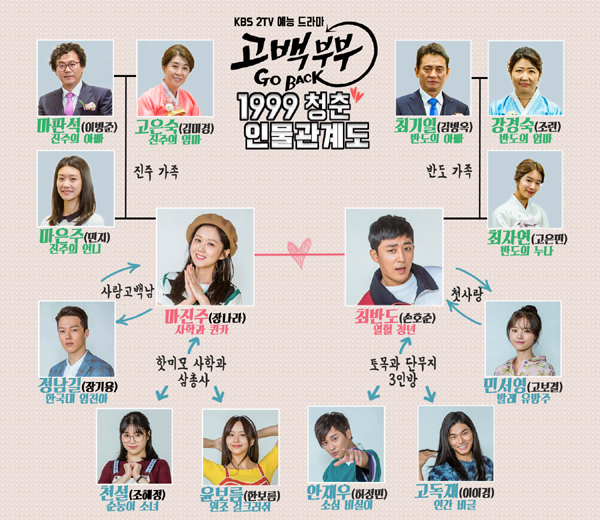