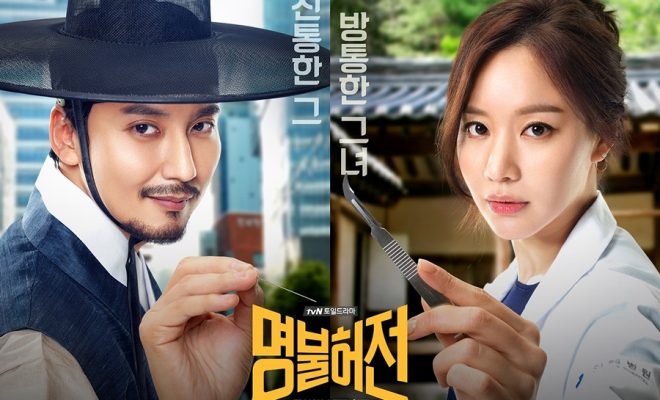 Deserving of the Name FB page

K-Drama Premiere: A Joseon Acupuncturist Time-Travels To The Future In “Deserving Of The Name”

It’s going to be a fusion of traditional and modern medicine in TVN’s new time-slip drama – “Deserving of the Name”. 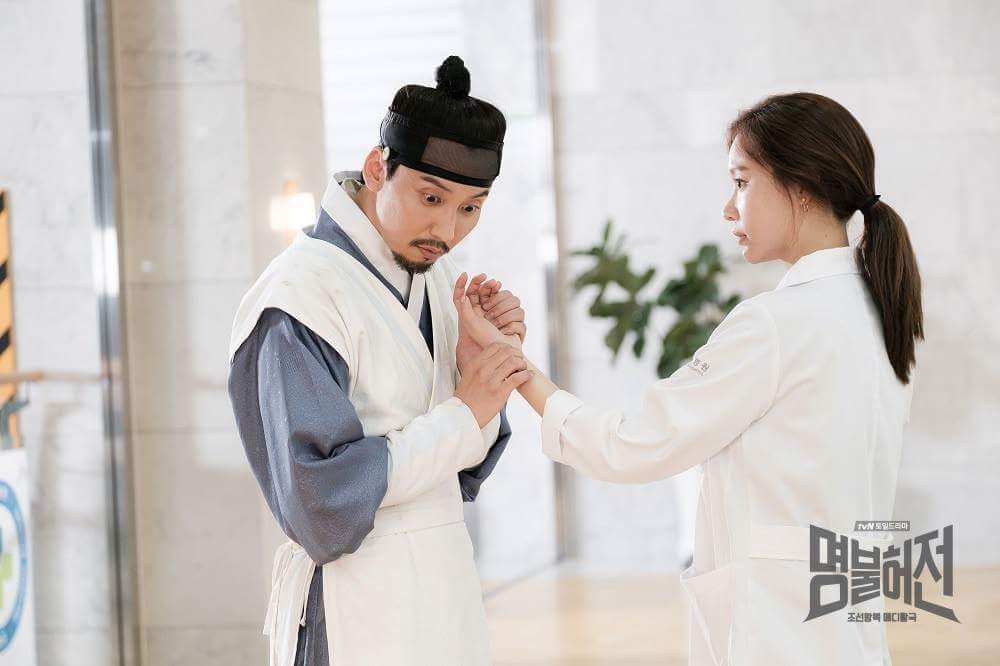 Well-known to the lowly people of Joseon, Heo Im takes a post as a skilled acupuncturist for the poor people of the country by day, and a secret doctor to the noble people by night.  His excellent knowledge in the needle based alternative medicine has acquired him a hefty amount of fortune. Despite all the successes and riches he has, he is still unhappy for not being able to get a formal doctor title, which is given only to people of noble lineage. 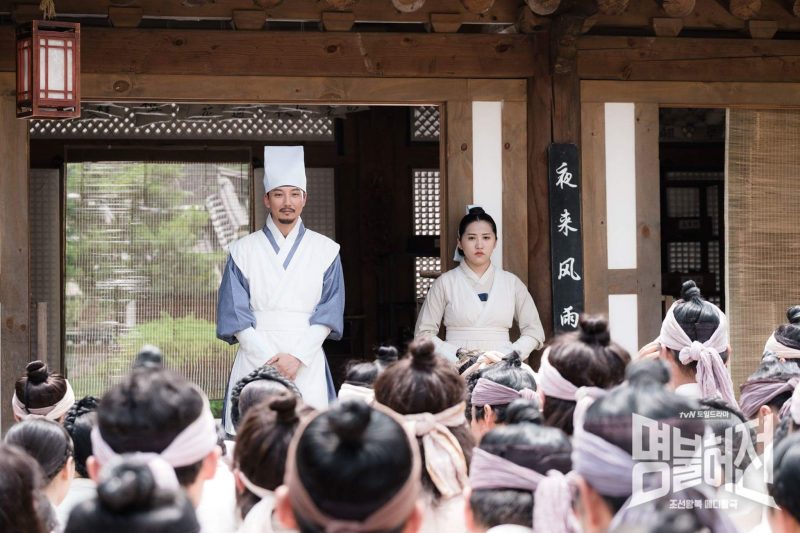 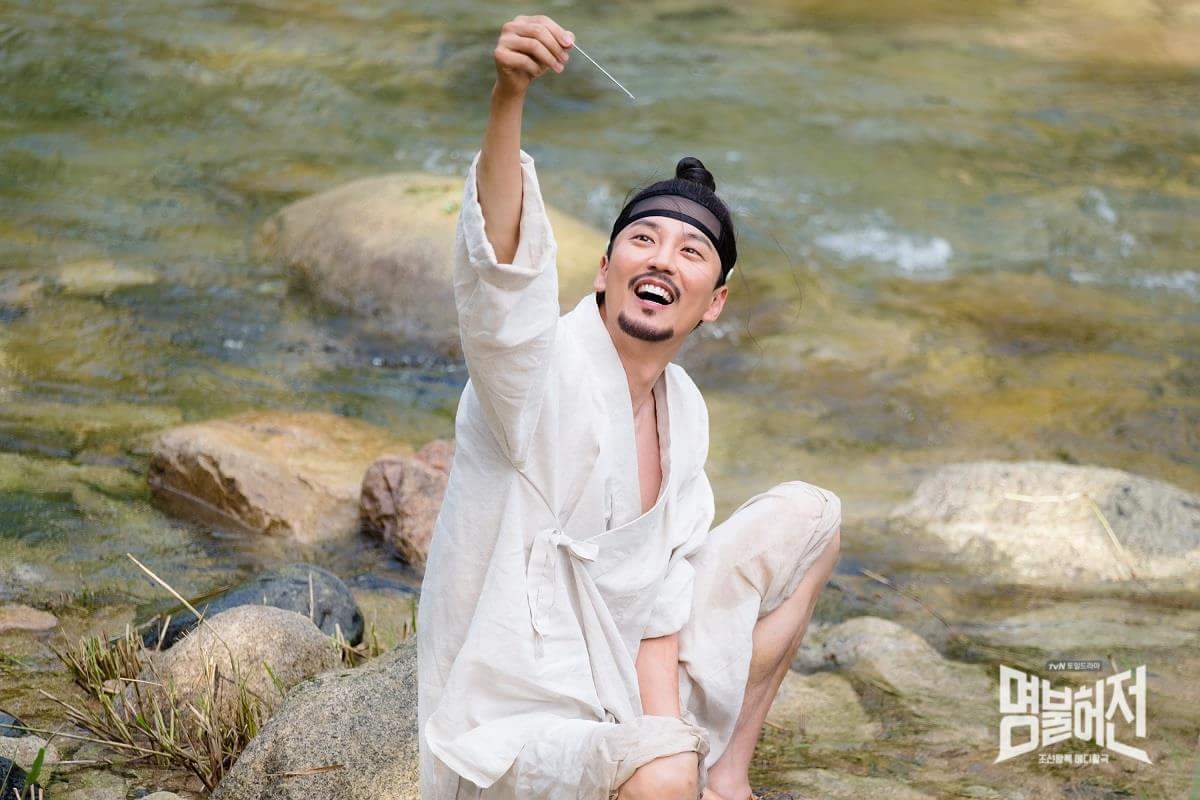 When the King is throwing a fiasco due to the extreme headaches he has been suffering from, the Royal doctor Heo Jun pays Heo Im a visit to discuss the treatment offer that he can do for the King. If he takes away the King’s pain, he is promised to be rewarded with any position he wants, but a failure would mean death for him. Off he goes to the palace, but they are interrupted by a persistent father, who has been bringing his weak daughter for medical care. Not knowing that his daughter has made a deal to Heo Im to just let her die so her father will not suffer anymore, he heads to meet his important patient, armed with mysterious needles which magically showed up beside his needle sets.

Positioned to stick the needle to the ailing King, his hand surprisingly trembles, and he ends up being chased by the army for not rendering the service to the King properly. Two shots of arrows hit him, making him fall to the nearby river. When he wakes up, he is transported to a place he is unfamiliar of.  He tries to look for Haeminso, but a memorial tablet is what is left of the old traditional medicine place. He walks without any direction, and bumps into Surgeon Choi Yun Kyung, who has been looking for her stubborn VIP female patient. 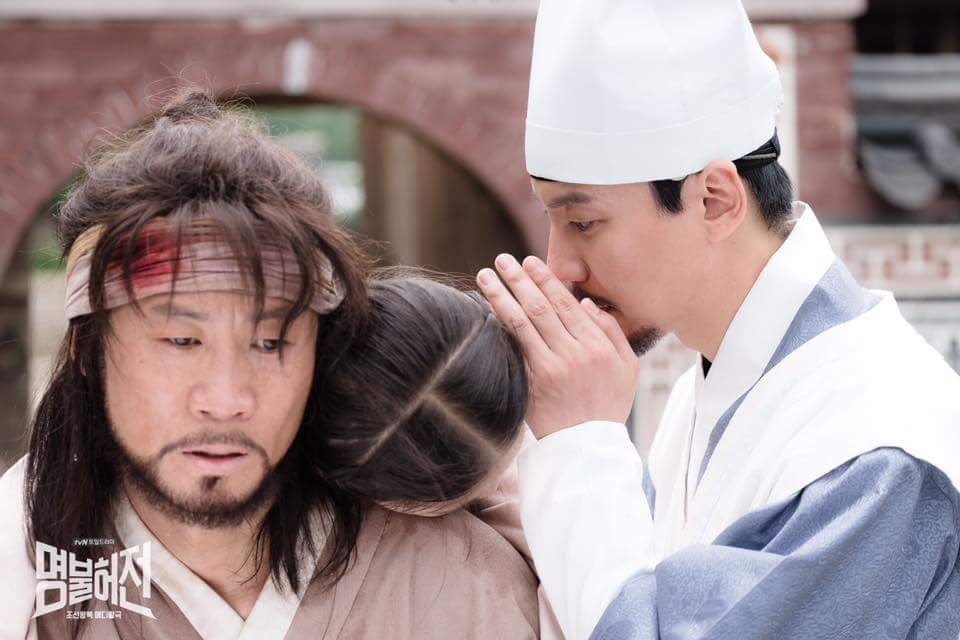 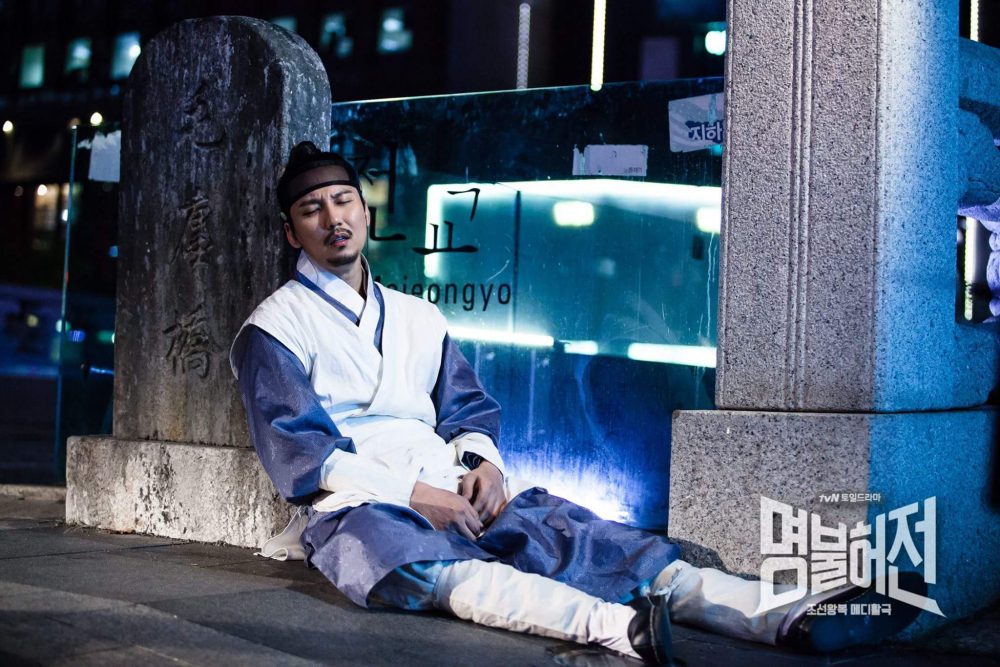 When a man suddenly fainted, Heo Im cannot resist the call to save his life. He checks his pulse to diagnose the body’s energy flow. Just when he is about to place the needle, Yun Kyung grabs his arm to stop him, and does an excellent first aid treatment before the ambulance came.  Bewildered on the things he has been encountering, Heo Im walks nonchalantly along the big road when a bus almost hit him.  Yun Kyung who witnessed the near accident faints after remembering a traumatic memory.

When Yun Kyung wakes up, she is surprised to learn that she has earned an instant guardian and boyfriend through the weird guy she met last night.  When her patient ran away again before her procedure, she finds him with Heo Im eating food together in the hospital’s cafeteria.

Yun Kyung orders her patient to go back to her room.  Heo Im pleads innocence of the situation, and tries to appeal on how he has checked the pulse of the patient whom he knows to be having a bad heart condition.  The hardheaded patient goes to another rebellion by forcing her wheelchair on a steep staircase but Heo Im cushions his body to hers.

Yun Kyung sutures a big cut on his arm as they converse about the healing they give in Joseon period.  They head for a psychiatric consultation as she thinks he is deranged, and also to discuss the recent resurfacing traumatic memories. But the patient appears again, and lures Heo Im with his needle set which is in her possession.  The patient runs against her weak heart making her faint.  With no one to rescue her, Heo Im pulls out his needles to revive her heart. Yun Kyung arrives and slaps Heo Im for meddling with her patient.

Deserving of the Name starts time wrinkling right away after the introduction of the main characters.  As noticed, there is a cryptic needle set that was inserted but not yet elaborated though. I’m guessing if the real function is actually the time travel catalyst.  Given the time-bending pretext, we are off to discover plot links, and maybe character connections of the past and present timelines.  I’m thinking of reincarnation, karmic justice, and constant bickering for the lead characters, who have different views on healthcare as story seasonings. 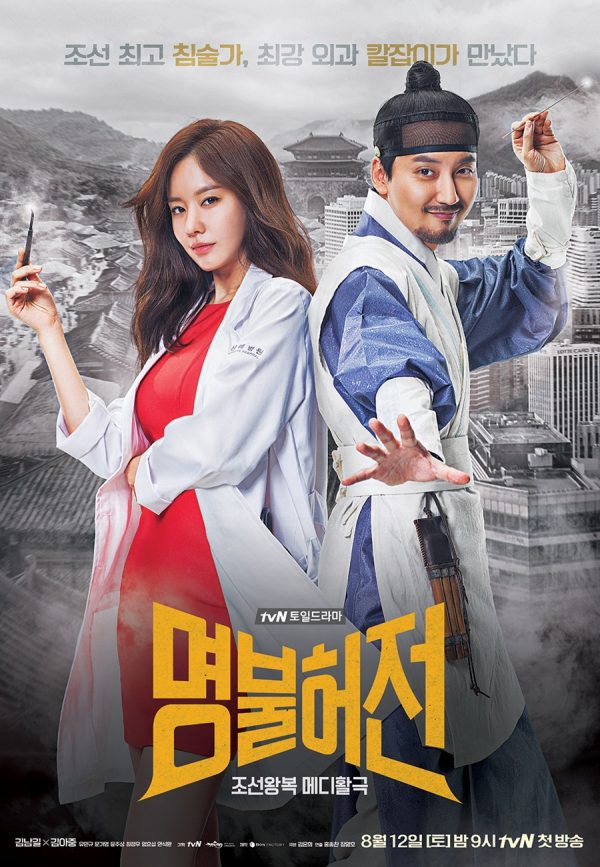 As medical dramas tend to be thriving on conversations, the acupuncture lessons, and comparisons of old age healing techniques versus contemporary medical treatment are what viewers would most likely gain and learn from this drama.

Although not faring well in the ratings game at the beginning stage, I have enjoyed and trusted all weekend dramas of TVN so far.  With actors of excellent calibre tasked to spin the story, the ingenious plot premise would be enough to give it a try. I have slight issues with time-slip dramas as it is starting to lose its magic showing the same clueless character in a whole new world which he is thrown in. Let’s wait and see if this drama will live up to its name, well since it’s saying that it is Deserving of the Name.

Deserving of the Name airs on TVN’s weekend slot at 9PM.