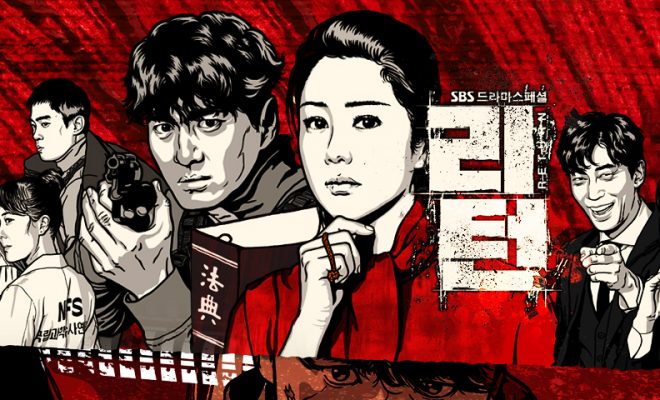 New legal-crime drama Return announced its presence as soon as it premiered by claiming the top rating for midweek dramas by the second episode.

Judging on the cast it has assembled with Go Hyun Jung (Queen Seon Deok) and Lee Jin Wook (Nine Times Travel), I’m definitely on board.

Return smoothly delineated the cast in a messy and baffling picture from its onset. So, I’m optimistic that viewers will get a clear path to follow since the drama laid the problems to be solved and mysteries to be unraveled along the way. 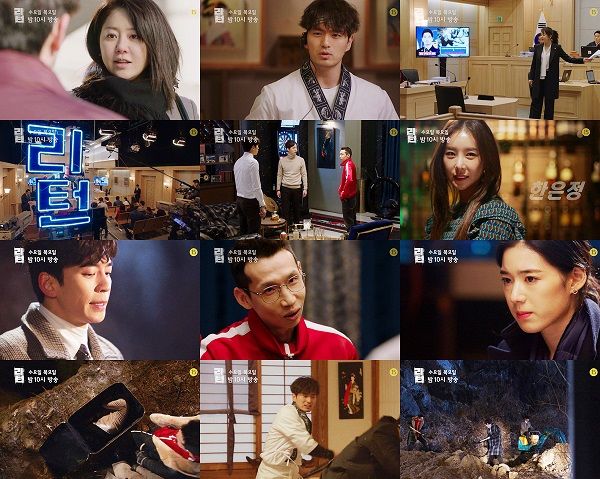 All photos grabbed from SBS

Prolific lawyer Choi Ja Hye (Go Hyun Jung) creatively renders court cases through television show – Return. She keeps a reliable commitment with the elite society, hence she is usually tap to work on high profile cases. When an old friend of hers asked for a favor to defend her husband, she did not hesitate to lend her hand.

Heir to a chaebol family, Kang In Ho hides an illicit affair with her ex-girlfriend, Mi Jung. When he meets up with his rich friends for dinner, his clingy ex-lover shows up taunting his patience. Afraid to ruin his family, he decides to meet her up after dinner to end everything for good. They get into a big fight and physically hurt each other. In rage, he attempts to leave her in the pouring rain, but changes his mind and goes to one of his luxury penthouse to quiet down, but leaves her alone in the run against her pleas.

A few days after, Mi Jung is found dead by Detective Dok Go Young (Lee Jin Wook), who has been trailing her because of a drug case he is working on. All evidences point to In Ho as Detective Dok keenly investigates him, but Lawyer Choi is unfazed to counter with reliable proof of her client’s alibi. It turns out though that In Ho’s alibi will take a long shot as his supposed friends are involved in Mi Jung’s murder. 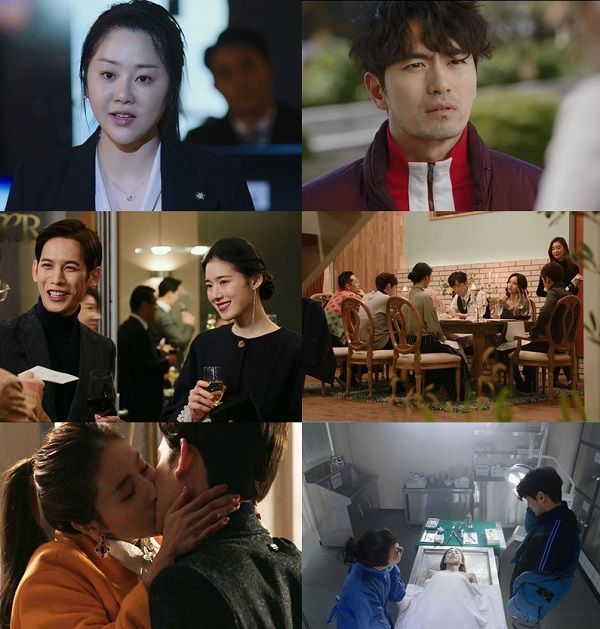 The lead characters look in sync with their roles. It enables quick amusing rest to avoid the exhaustion for the expected heavy drama plot. What I am most piqued about is the showdown to happen among the four rich chaebol sons, portrayed by excellent male supporting male cast, which includes Park Ki Woong (Gaksital) and Shin Sung Rok (Man Who Dies To Live). Four boys in a friendship circle is synonymous to flower boys and romances, guess we will get a different dose of F4 this time.

We have a thrilling ride of conspiracies and betrayals to look forward to, and the dauntless countenance of the heroine won me over to follow her lead in this cryptic drama spectacle.

Return returns at SBS every Wednesdays and Thursdays.