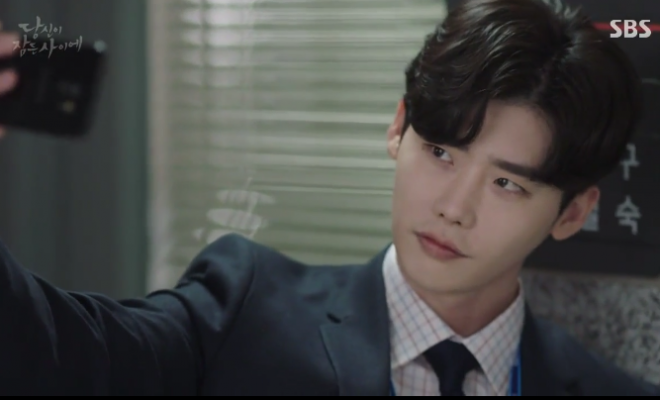 K-Drama Premiere: Lee Jong Suk’s “While You Were Sleeping” Struts An Amazing Cast And Clever Writing

Starring Lee Jong Suk and Suzy, While You Were Sleeping smartly used its 2-hour premiere week to prove why it is the most highly-anticipated drama for 2017! 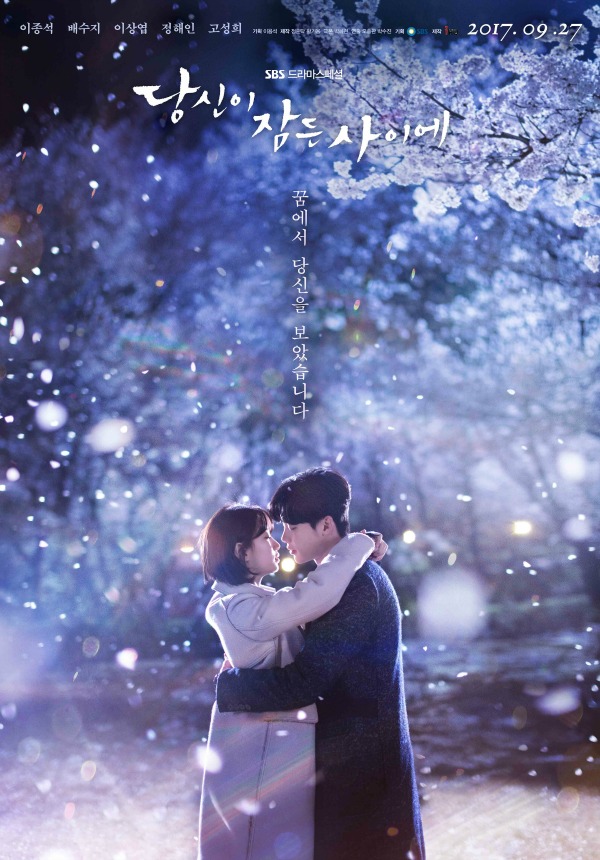 While You Were Sleeping streaks an engaging opening week that will indulge you out from your cave if you are in a kdrama hibernation. The main leads are neatly introduced along with their charming attitude while promising to yield a bickering-turned-lovers plot pretext.

It has established the soon-to-be connection of the lead girl, who foresees the future through her dreams, and the hero destined to help her prevent the mishaps from her premonition dreams.

Everything is right on the dot for this new fantasy romance drama. The characters are vibrantly portrayed, adorably cute most of the time, but perfect in creating an intoxicating and sensible love binge that we miss dearly in kdramaland. 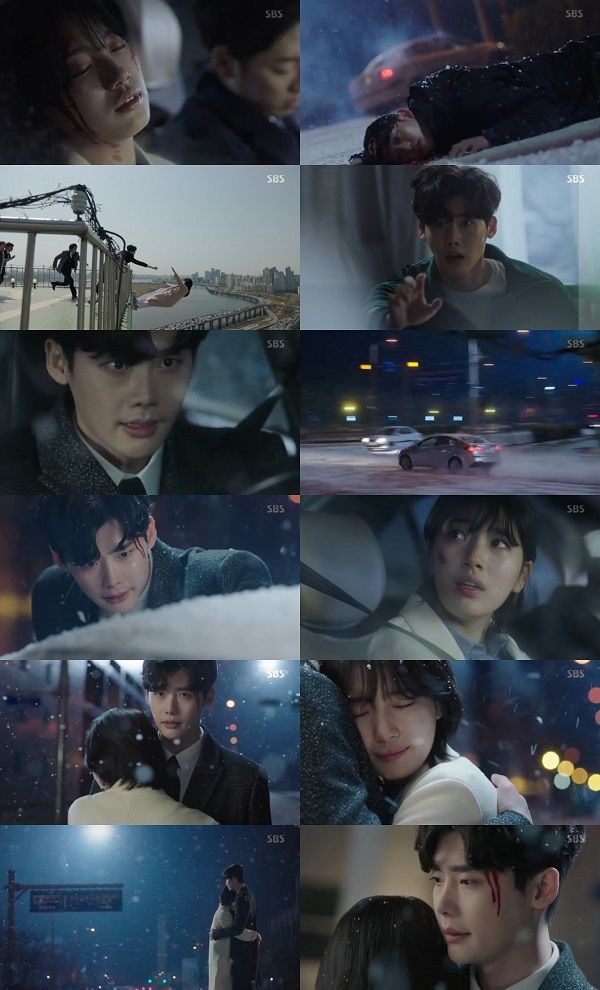 Hong Joo lives happily with her mother, who supports her unconditionally, with her strange ability to foretell what will happen in the future while seeing it in her dreams. She keeps a record of her visions, yet she is unable to change the course of the future.

In one of her dreams, she embraces a man, whom she has never met before in a snowy night.  The next day, the man moves across their house with his brother.  The man who appeared in her dream, Jung Jae Chan, holds rice cake, while introducing himself, but she shoves him away, not wanting to accept his courtesy call as a new neighbor. 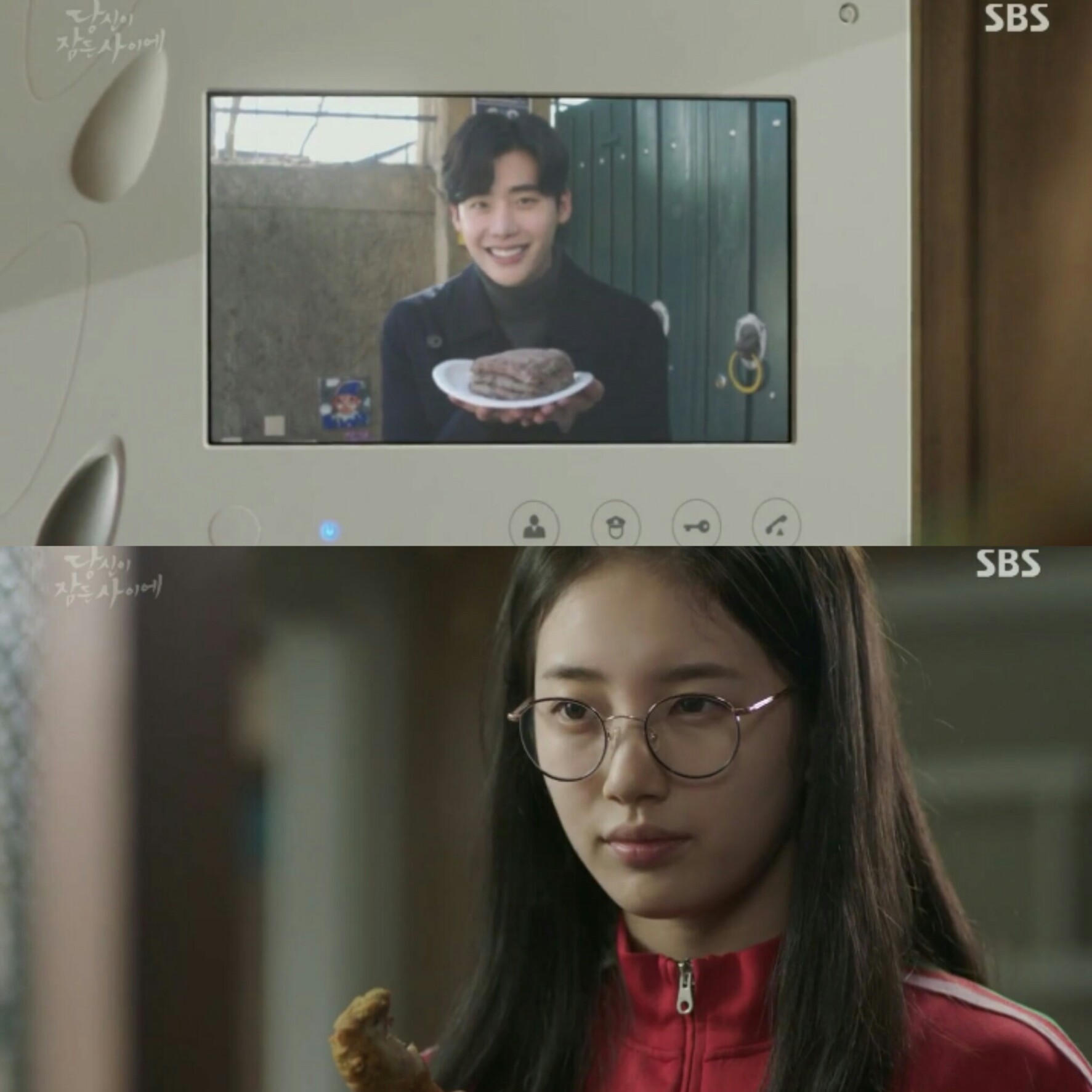 In another night interlude, she wakes up to a devastating nightmare about her meeting an accident, which leads to her mother’s death.  Since then, she has been desperate to prevent it from happening, so she is extra cautious of anything that involves her mom.

It’s Jae Chan’s first day as a prosecutor, and he celebrates it the modern way by finding the best lighting and angle for his selfie, with his new prosecutor ID and room tag much to the distaste of the office staff.

He meets his old tutor Lee Yoo Bum, who becomes a practicing lawyer.  Jae Chan wakes up to a nightmarish vision of Hong Joo’s death after being pinned on a road accident that killed an innocent life. 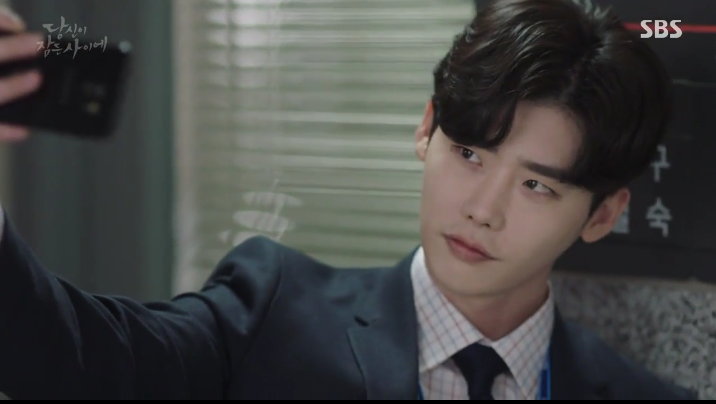 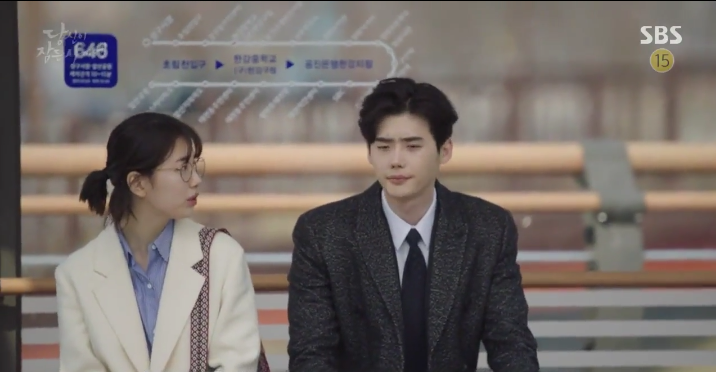 On the day of the supposed accident, Jae Chan notices that last night’s mirage is slowly becoming a series of déjà vu. He meets Hong Joo at the bus stop and tries to warn her not to drive that day. But she nonchalantly shrugs off his warning.

Realizing that his dream is scaringly coming true that day, he chances upon Yoo Bum who meets Hong Joo for a Valentine’s Day date. He tries to talk him out by demanding to dine with him, but the two ignore him to proceed with their dinner date. 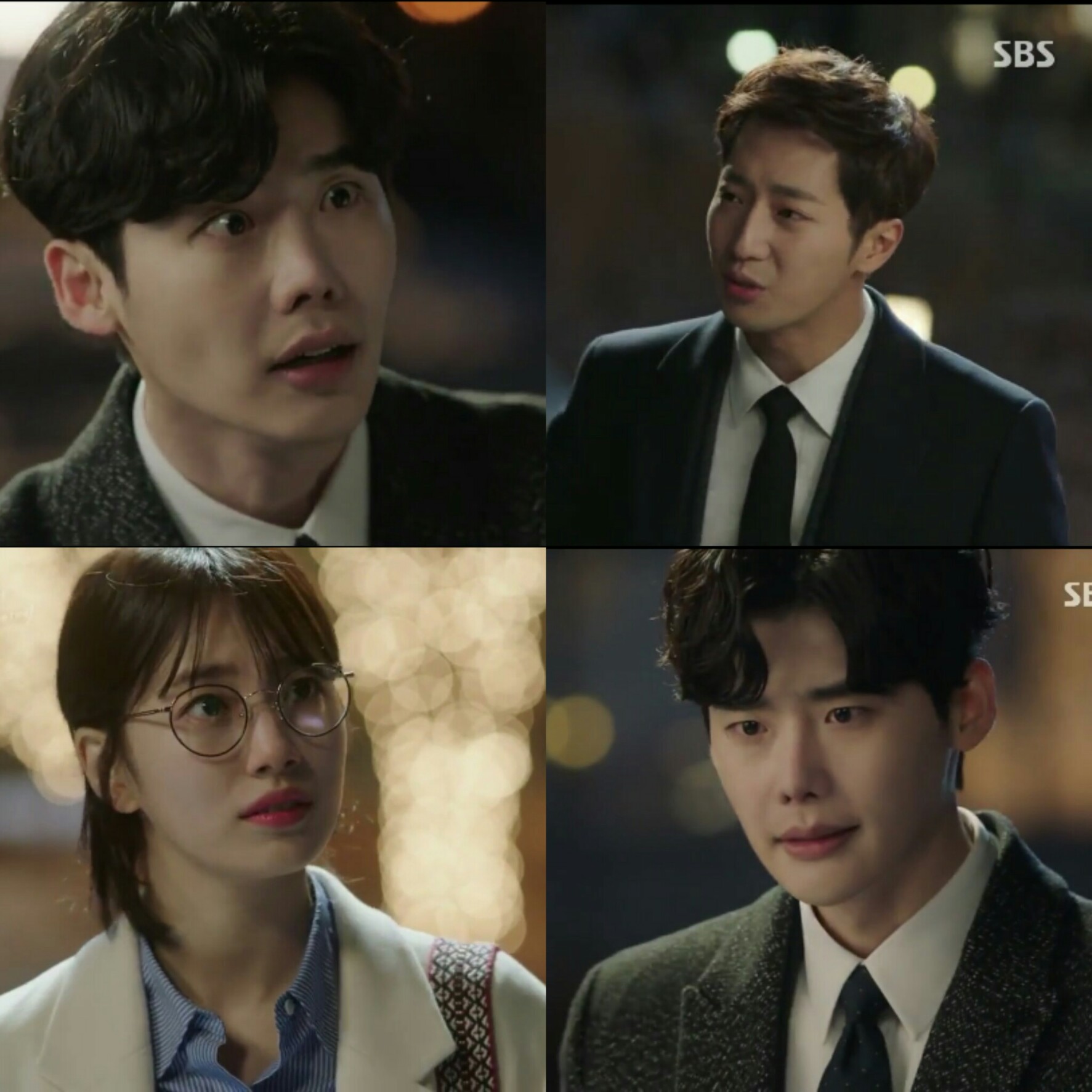 Having been always on the lookout for any hint that would connect her ill-fated dream about her mom, she rushes to go home when her mom is not picking up her phone.

Jae Chan who worriedly stalks his neighbor and old friend sees them rushing to leave the place. Hong Joo relents when Yoo Bum offers to drive the snowy road as Jae Chan tails them from behind.

Suddenly, Yoo Bum loses control on the steering wheel and almost hit a man walking on that road. But Jae Chan’s brand new car zooms in to prevent the collision.

Jae Chan reasons how he has prevented a person’s death, and can’t go any further to explain what he did because it is something hard to comprehend. His former tutor thinks he recklessly wants to get back from how he put the blame on himself to a motorcycle accident years ago.

Upon realizing that the man preempted her cursed dream from happening which freed her mother’s supposed unfortunate death, Hong Joo walks toward Jae Chan and gives him a thankful embrace, mumbling how she believes in all that he said. 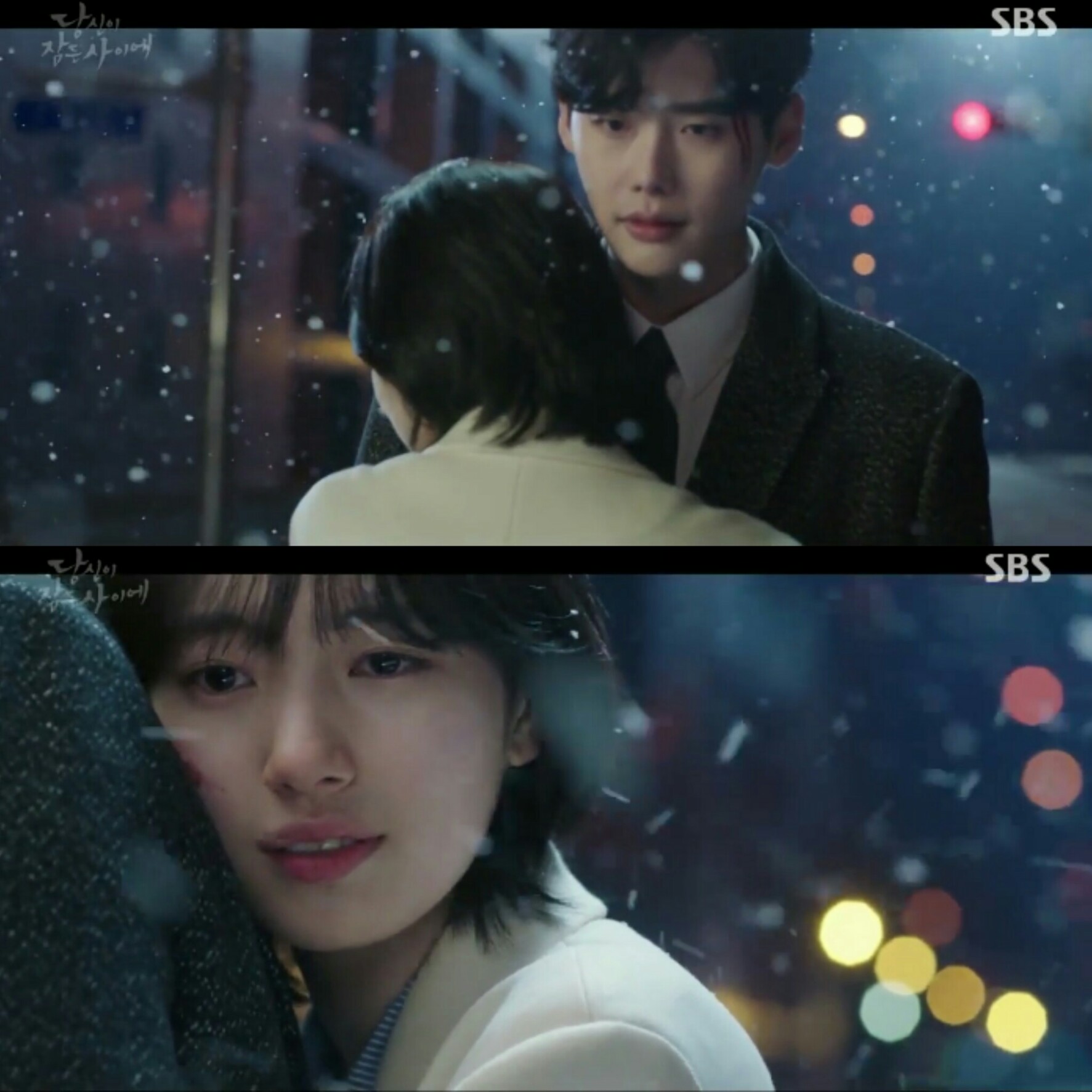 She reveals her peculiar ability but the rational prosecutor refuses to extend their chance meeting.  As his cases pile up in his new job, he is visited by Yoo Bum to represent a rich man, who regularly batters his wife but consistently escapes the prosecution call.

When Jae Chan wakes up from a nap remembering his younger brother Seung Won being dragged by the police, he confronts Hong Joo about their interconnected dreams.  She tells him how his brother will be in danger by helping out the daughter of Yoo Bum’s client.

Wow! If Lee Jong Suk’s new drama replicates the mood, the writing and the engaging characters in the next 28 episodes, Hong Joo and Jae Chan’s story might clinch the definitive drama for 2017.

We are off to uncover how the lead couples’ dreams seem to be two parts of a whole, and how their passing meeting when they were young will play a role on why they meet again at present time. 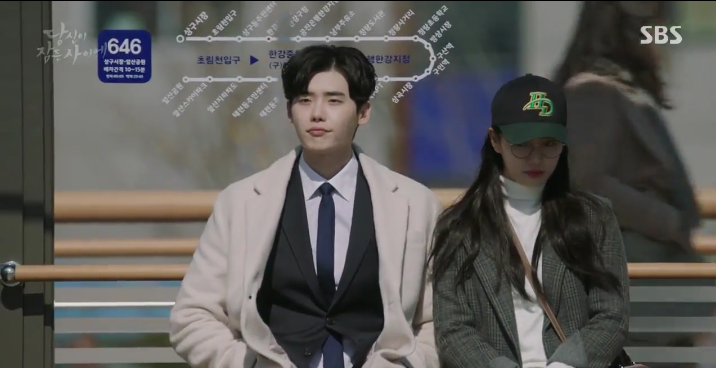 While You Were Sleeping caught me off guard with its unconventional opening salvo format. The dream connection plot, which would eventually create the romantic ride of the main leads, surely excite the viewers for its ingenious approach. It is not safe to overly analyze the drama just yet, but the smartly written story provides ample room to work on the supernatural premise set in the story.

I’m piqued on how the main conflict would be, and if there will be unavoidable setbacks on the repercussions of undoing what is fated to happen, since their connected dreams appear to be the driving force of the story.

While You Were Sleeping unravels mystery and romance on SBS in the mid-week slot at 10PM.