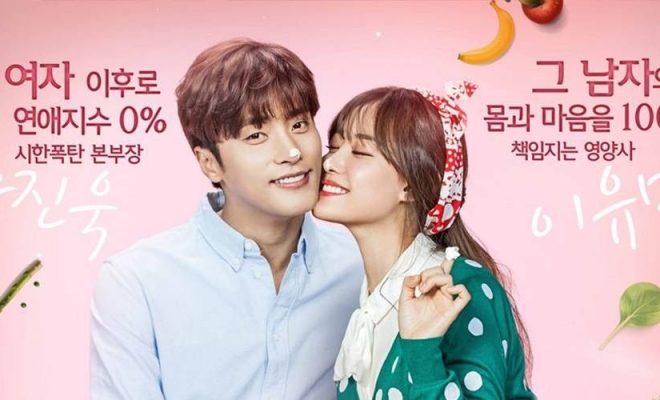 Capturing the right mix of a quick feel-good romantic tale, ‘My Secret Romance’ proves that love stories can happen through fated beginnings.

My Secret Romance is a pure candied story meant to just please the audience with its rom-com vibe. OCN’s first love TV story moves swiftly to capture the attention of the viewers, and seals the deal by bombarding frames of sweet moments. 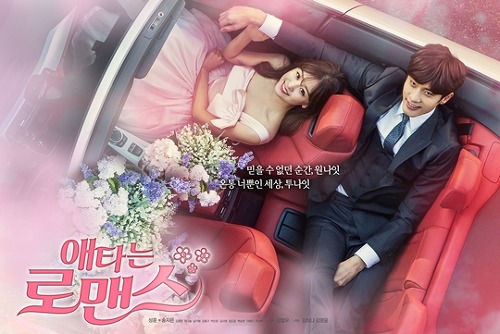 Related Dramas:  What’s Wrong With Secretary Kim?, Something About 1% 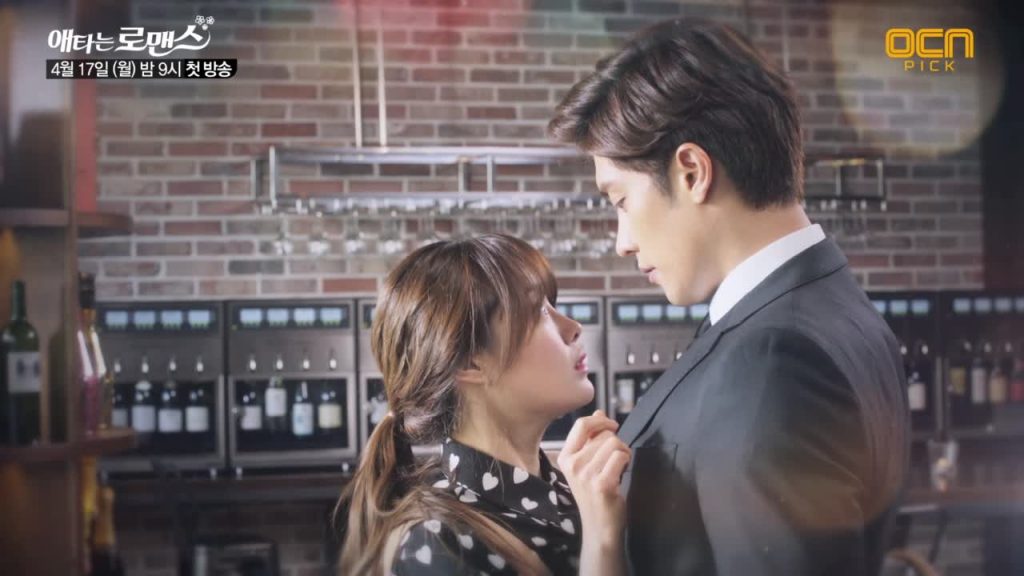 Sung Hoon and Song Ji Eun mark an affecting chemistry with their portrayal of two people bound by one night interlude, who meet again years after, realizing why destiny brought them together on that first time.

In a period when instant relationships and casual hook-ups are happening evidently and secretly, My Secret Romance aims to cushion this sad reality by pushing the idea of a love meant to happen even when it started awkwardly. 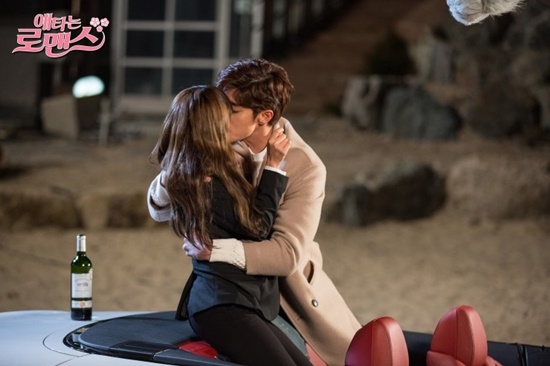 A son of a rich household, Cha Jin Wook (Sung Hoon) enjoys the usual privilege of his affluent life, like partying and dating girls as much as he wants. To straighten up his free-spirited life, his father sends him to be trained in their hotel-resort.

The two sit together inside a bus as Yu Mi leaves an I-am-so-not-dating-this-type-of-girl impression to playboy Jin Wook. But cupid already aimed his arrow on the young strangers as they meet in the hotel where Yu Mi’s mother’s wedding is to be held.

When he accidentally bumps her with a cake tray, the hotel gives a sorry wine bottle bribe, which Jin Wook personally delivers in her room. He forces his way in when she did not respond to his door knock due to her clumsy slip while bathing. He rushes to carry her out for a hospital trip, thinking that she fainted. But she surrenders to her silly mistake, surprising the onlookers.

Jin Wook manages to get hold of his car key for a drive. He spots Yu Mi, who had an earlier argument with her mother, and they strangely end up by the seaside, drowning in a bottle of wine while chatting about their sorry lives.

The stars, the sea waves, and the wine propel a magical moment for the two strangers, who kisses the night away in each other’s arms. 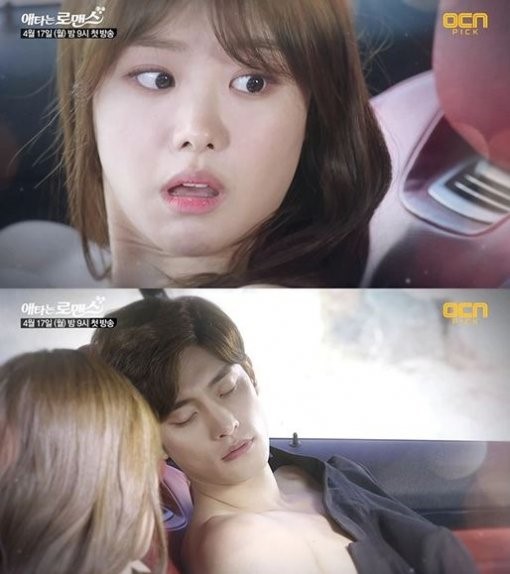 The girl he can’t forget

Three years later, Jin Wook expands his family business immensely, while Yu Mi is assigned to work in a big company as a nutritionist. In a twist of fate, she ends up working at his company. To avenge the morning-after-humiliation he got when she left after their one-night stand, he demands her to prepare the food which he eats everyday. Denying the mutual attraction they still feel for each other, the two keep sending unclear signals, inhibiting them to recognize the true feelings they have for each other.

Jin Wook falters first as he acknowledges why he has kept her bra pads inside a jewelry box after she left, and why his casanova life abruptly stopped after their encounter.

Yu Mi follows, after finding out the truth of what is inside the jewelry box, and the stolen kisses he showers her which she instinctively just accepts.

Just when they clear the misunderstandings to formally start a relationship, conflicts arise as his father disapproves their relationship.

The two also hit a misunderstanding point when she thought he does not share the same feelings she has with him. To make their situation worse, a scandal of their supposed one-night stand goes viral.

Yu Mi drowns in self pity and decides to move to another work place. But persistent Jin Wook is unfazed of everything, and just wants to be with the girl he loves. Through their mothers’ support, the two are reunited and make amends to really start their love story properly this time. 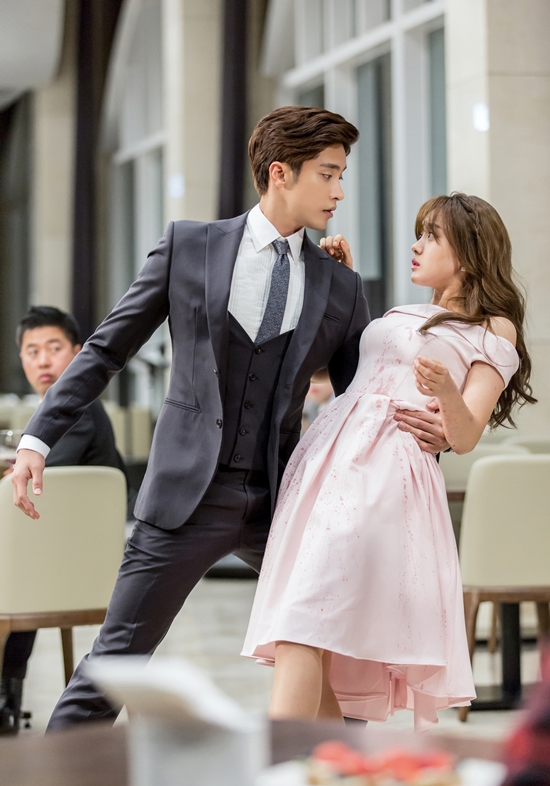 The scattered heart-fluttering kisses fill out the 12-episode run nicely. In all honesty, the selling point of this drama is the promise to make the viewers heave a sigh of bliss from the love couple’s journey of fulfilling their romance on-screen.

I want to credit the knee-melting scenes to Sung Hoon but that would be unfair to Song Ji Eun, who also worked hard in her optimistic and true love believing character. They nail the cloying scenes well, enabling the audience to stay committed in following their love story. I appreciate that both characters have equal apprehensions and vulnerabilities because it made the closure of the conflict a decision for both of them to do, and not just one person’s dilemma.

My Secret Romance sprints with a strong opening and smoothly sails with the love story progression presented as the story unfolds. It displays decent conflict of the couple’s uncertainty to confront their emotions. It sways to the usual heroine’s predicament of taking charge of the romance as it is the lead man who does the reassurance to take a leap of faith on their love.

Jin Wook is consistently presented carrying the burden of making his girl trust him, and believe that they are meant to be together.  It is refreshing to witness the man spinning the love web in this spectacle. 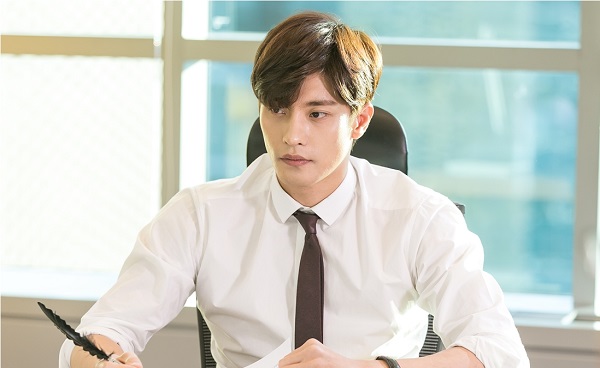 ‘My Secret Romance’ has all the predictable tropes of a standard rom-com drama. The rich-boy-poor-girl story, the you-and-me-against-my-rich-parents conflict, and the jumping-to-wrong-conclusion characters are evident in the narrative. Don’t expect something grand or mind stimulating because it is designed to simply make the hopeless romantics be happy. Period.

The lackluster performance of the supporting characters did not leave a lasting impression nor help out in the development of the story. The roles they play just fit in to the already trite curves of the story without any valid motivation and growth. I wish they let the second lead put up an equal footing fight for the lead girl’s heart but he is friend-zoned from the onset till the end. I wish the hopeless second lead girl got a treatment for her obsession at the very least. But given the limited time, it could be the reason why they all end up one-dimensional, except for the scene stealers – Jin Wook’ s secretary and his lady-love who works with Yu Mi in the cafeteria.

The last three episodes circle to an immature conflict, rendering the lead characters on a mind reading game where no one wants to make the first move to resolve it. That is kind of frustrating because ‘My Secret Romance’ is all fan service, and finishing it with a mazelike end tail is not befitting to what the viewers sign up for. I mean an episode of misunderstanding is enough, but three are too much, especially when the love couple is projected to be dealing their problems and tackling their issues head-on. 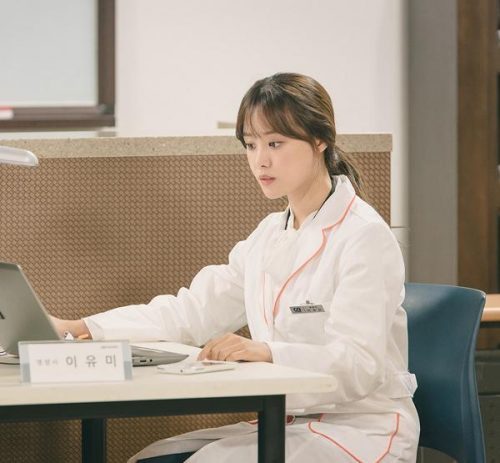 My Secret Romance follows the traditional make of Korean rom-coms without any embellishment.  If truth be told, on a woman’s point of view, you will really stay because of Sung Hoon’s handsome face and his vacuum kisses.*Wink  There is really not much going on as the story gives away the surprises, not with twists and turns but with predictions if they will kiss or not.

If you need a drama that will require you to just rest, and bask in honeyed moments while sipping a hot chocolate on a rainy day, then this short drama will serve the purpose.  But be warned that the barren story line is borderline cathartic that you might feel like you are watching it only because of the lip-locks. 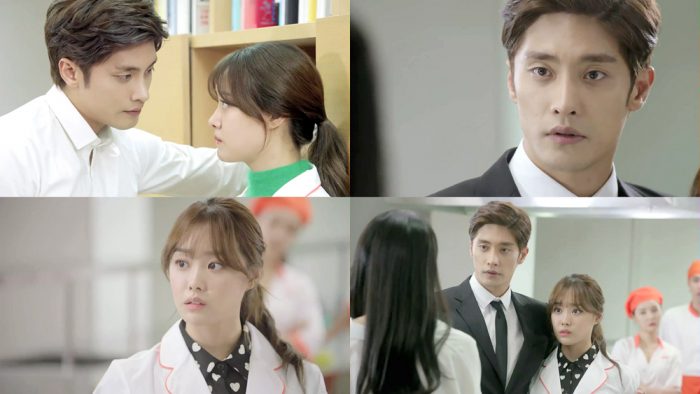