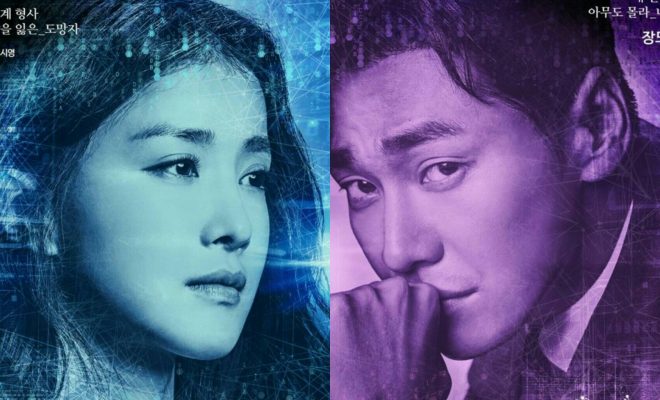 Lookout sprints with a 60-second high-octane car chase sequence that would be enough to convince it is worth watching! 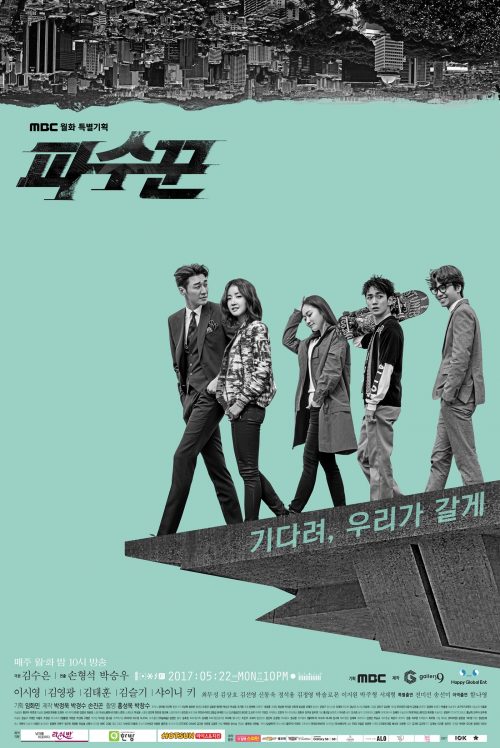 Lookout opens with a montage presenting a diligent single mom detective, Jo Soo Ji (Lee Shi Young), who encounters an eccentric prosecutor Jang Do Han (Kim Young Kwang) due to the case she is handling. The case, which she is investigating, involved a man who has admitted to a murder that he escaped from 12 years ago. Do Han is tasked by his superior to downplay the police probe as it will damage his superior’s image, who was responsible for the result of that case. 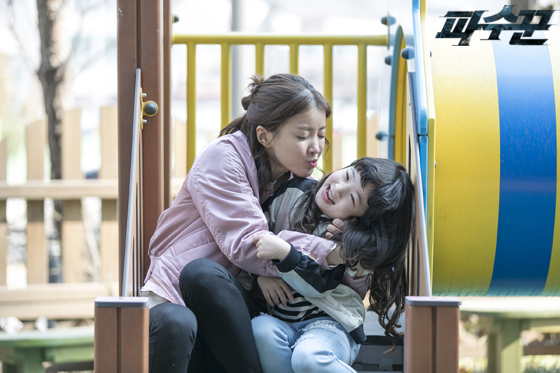 Soo Ji, who loves her daughter Yu Na dearly, unfortunately meets an accident after falling from a building. She receives a CCTV recording of how her daughter is with a teenage male on the day of the accident. When Yu Na wakes up, Soo Ji learns that she was pushed by a high school boy, who is actually the Chief Prosecutor’s son. Sadly, Yu Na dies, leaving her mother grieving for justice. But the lack of witnesses and evidences warrants the case to be dropped reasonably under the law. At the same time, the case she is working on, is overlooked in exchange for the freedom of the  Chief Prosecutor’s son from the murder claim. Prosecutor Jang, who labored efficiently to get on the good side of the Chief Prosecutor, turns out to be a villain-hero with some issues to settle with the Head Prosecutor for framing his father unjustly to a sin which he did not commit. 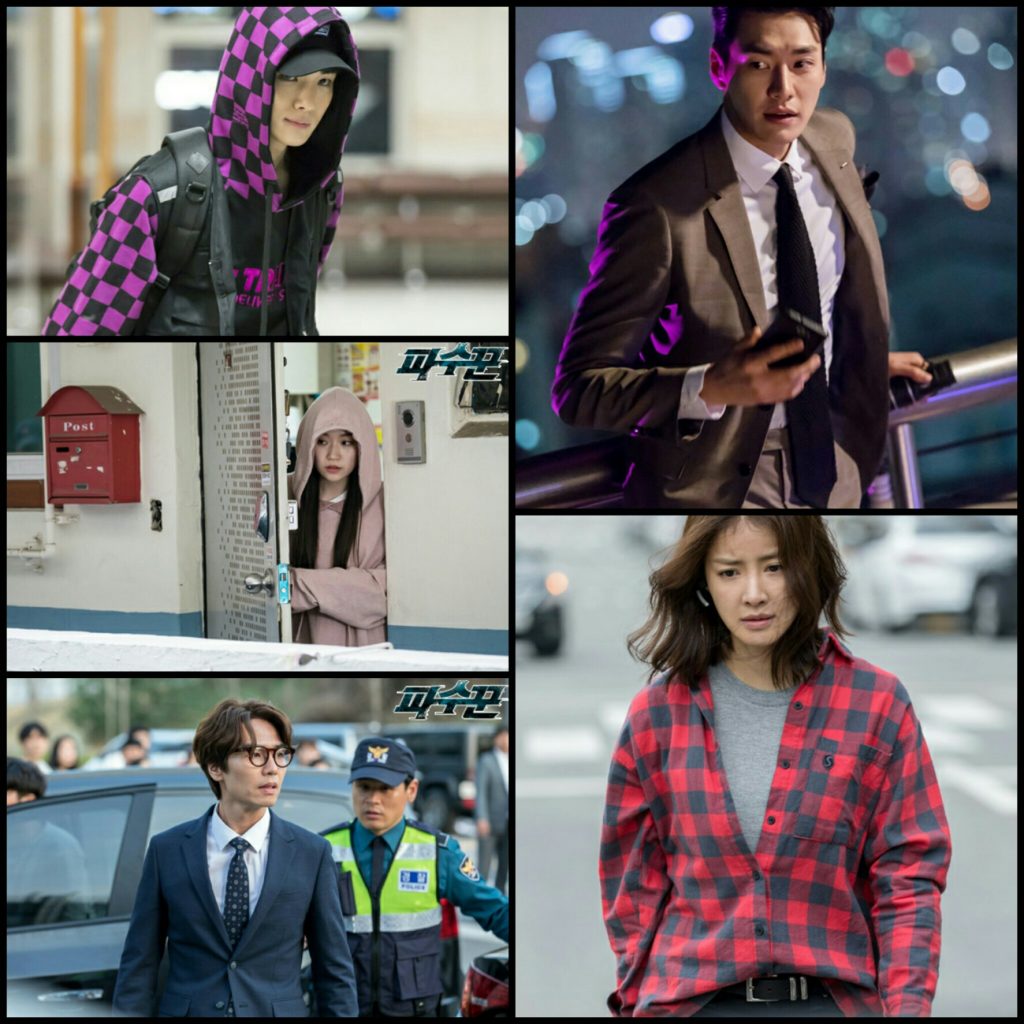 All Photos Credit To MBC

The secret informer played by Kim Seul Gi works with a jack-of-all-trade character portrayed by SHINee’s Key. They belong to a justice league system headed by a mystery man (Shin Dong Wook), who inevitably saves Soo Ji from an impending prison time ahead of her after taking the boy who killed her daughter on a hostage situation.

Lookout exhibits an interesting mixture of characters that the audience can look forward to. The editing is clever as the story pace attracts the viewer’s attention immediately. It goes straight to an emotional moment, where the lead girl gives all the reasons why we should root for her to avenge the death of her daughter from a young psychopath, hiding behind his parents’ wealth and power. 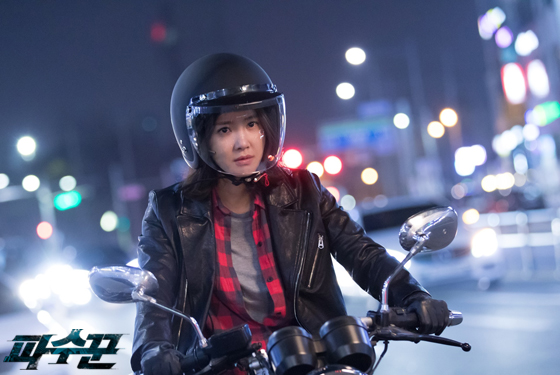 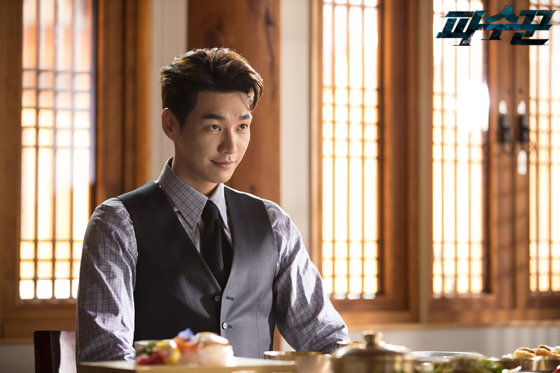 Lee Shi Young looks pumped up in her role that fits her sporty character well, that even her pretty face is blending nicely with her tough woman persona. Kim Young Kwang projects varied faces and emotions on the pilot week along with her dapper handsome self. I’m sure that the hermit Kim Seul Gi will bring in zest and humor in the series with how she interacts with Key and his free-spirited character.

A woman vigilante in the making, a cunning prosecutor with an ulterior motive to take down the corrupt office he belongs to, the adorable CCTV genius girl, and diligent field worker team are what made up the cast of these neighborhood heroes. They don’t possess any super power but their joint skills and abilities in solving crime and raising righteousness flag will make you cheer for them in their justice seeking journey. 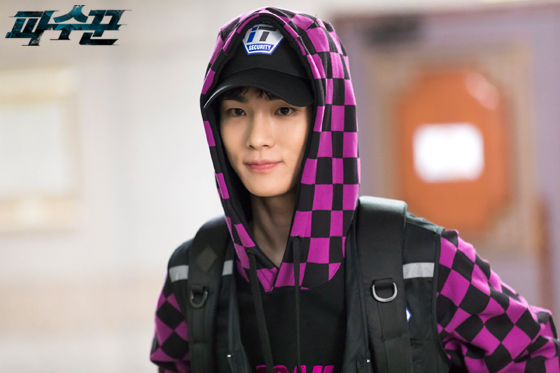 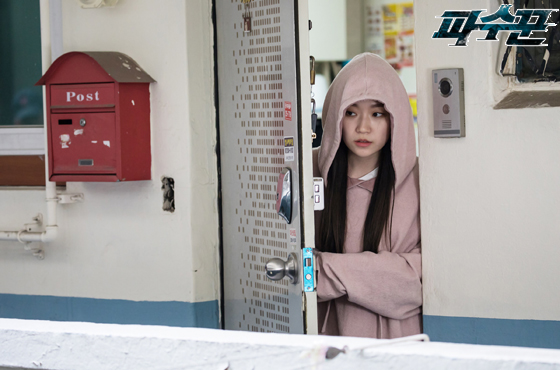 Lookout is all business in its promise to provide an exhilarating ride in pursuing redemption with the ultimate verdict that no man is above the law.

Lookout airs every Mondays and Tuesdays at 11 PM. Here’s the trailer of what to expect in this exciting MBC drama: