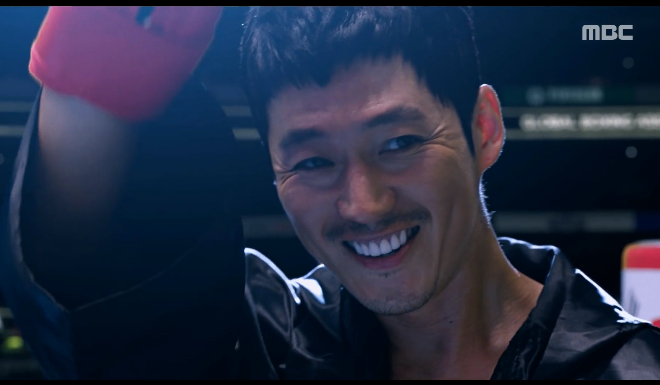 A father’s quest to redeem and overcome adversities for his family’s welfare spins the story of MBC’s latest offering, Bad Papa.

The series, top-billed by Jang Hyuk, explores the personal and professional struggles of a middle-aged former boxing champion Yoo Ji Cheol after his fall from grace.

Labeled as “Korea’s pride and people’s hero” in his younger years, Ji Cheol’s present situation is far from what it used to be. From problems he encounters as a police detective, and his domestic and marital issues; to the things he does to ensure his family’s well-being, the hero’s disheartening battles are all well-acted and depicted in the first two chapters of Bad Papa. 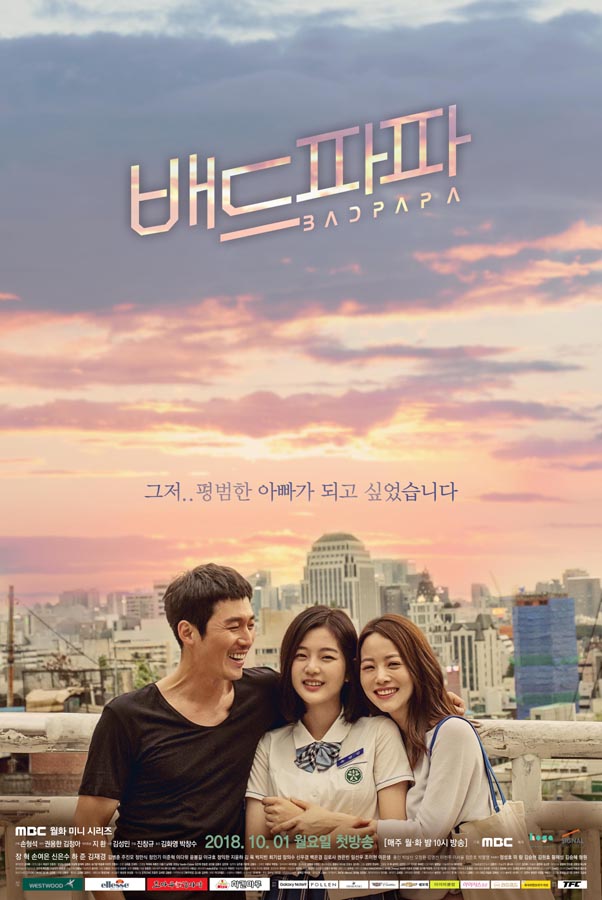 The drama opens with an overturned bus and injured people in the background. A bloodied Yoo Ji Cheol (Jang Hyuk) is having an internal monologue as he tries to help an unconscious mother and her crying daughter. He attempts, unsuccessfully, to lift the seat that pins the mother’s. 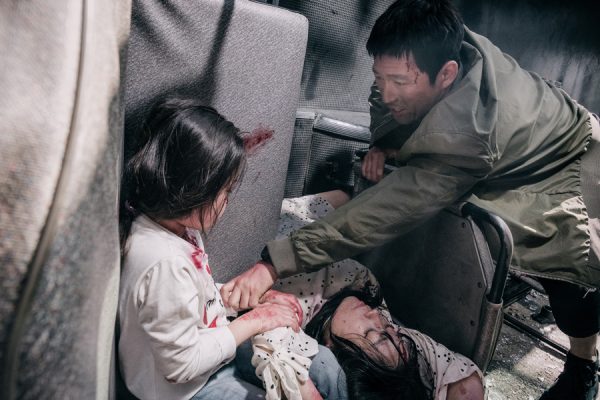 A few days before the bus incident, Detective Ji Cheol is on his way to check on a tip they received regarding a gambling parlor. However, he finds nothing since the culprits are well-hidden in the room. Before he leaves, a Monk handed him a box of energy drinks. He then meets up with his partner, and as he opens the box, he sees a stash of money in it.

Setting the money aside to be returned later, he and his partner Cha Ji Woo go to a hotel to catch the gamblers. However, he had a key to the wrong room that ultimately fails the police operation.

Situation at home is also no better, as his wife informs him that they need money to renew their lease. An argument ensues and his wife hands him a divorce form, saying she has been tired for 17 years.

Ji Cheol placates his wife by promising to work hard so they can fix their money problem, but to no avail. He passes out after his wife left and the doctor advises him to undergo a thorough checkup which could cost 5,000 dollars.

With no money on hand, Ji Cheol leaves but picks up a card thrown by a clinic staff that offers compensation and free medical examination.

He decides to quit the job when Internal affairs discovers the money he inadvertently received, instead of serving a three-month suspension.

Unfortunately, his daughter meets an accident at school. Desperately in need of money to settle his daughter’s hospital bill, he decides to take the clinical trial. At the clinic, Ji Cheol provides a false name and asks questions about the drug and the tests. The doctor answers vaguely, stating that the drug is a multi-functional nutrition supplement.

While waiting at the bus stop, an enthusiastic guy from the clinical trial hands Ji Cheol a bottle of the experimental drug. He blurts out that he was chosen as a test subject.

Ji Cheol accepts grudgingly and takes a pill. He tries to hold on to a pole after experiencing a sudden jolt, and gets surprised seeing the damaged pole.

Back to the first opening scene, Ji Cheol successfully frees the mother from the seat after finding the bottle and consuming a tablet. The bus explodes as he tries to go back in for his money.

As Ji Cheol lays on the ground, people swarm around him, applauding his heroic deed. Yet all he could think about is his dream of being an ordinary father and husband – a man who can provide for his family.

Ji Cheol cleans himself up and contemplates about the mysterious effect of the drugs. He goes to the hospital to visit his daughter, but discovers she is no longer confined. He learns that his wife Seon Joo has taken care of everything.

Ji Cheol asks his wife where she got the money, and becomes angry after learning that it came from his rival Min Woo, who has become a popular mixed martial arts player.

The next morning, Ji Cheol takes another pill to test its effect. He damages the refrigerator’s handle and destroys some kitchen items. To know how long the drug is effective, he seeks out a known bad guy for a brawl.

A battle between him and a gang follows, with Ji Cheol pummeling the entire group. Upon checking his watch, he concludes that his enhanced speed and strength can last for three minutes. 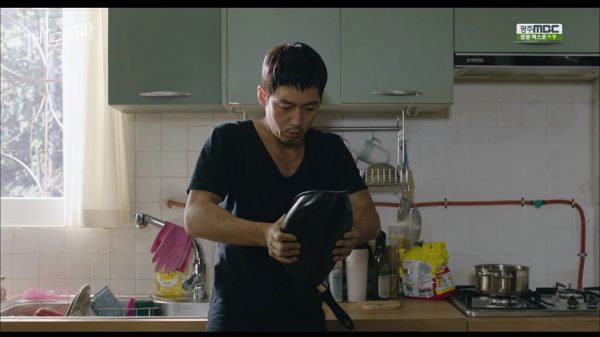 Ji Cheol tests the effect of the mysterious drug

Desperate to pay Min Woo back, Ji Cheol decides to accept an offer to join an underground fight. To conceal his identity, he agrees to fight wearing a mask.

An exhausted Ji Cheol almost lost the fight. But right after he takes a pill, he overturns the result eventually earning the money he needs. 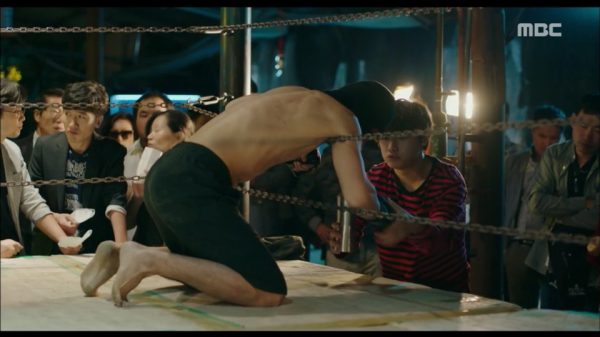 Ji Cheol goes to Min Woo’s office to return his money. The two engage in verbal sparring, with Min Woo goading him to have a fight challenge. Just before the steam escalates, the secretary enters to break the rising tension.

Seon Joo confirms she will be writing Min Woo’s autobiography. Yong Dae taps Ji Cheol, and introduces him to a promoter. The latter offers him a contract to participate in legitimate fights. 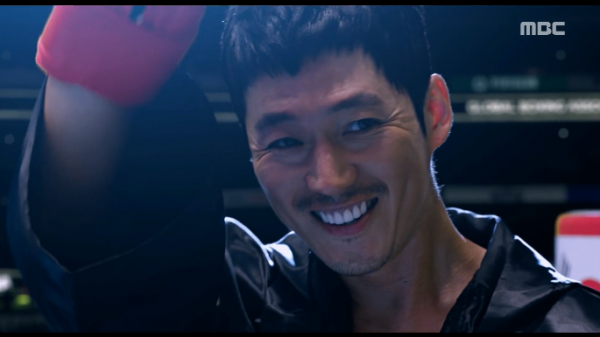 Solid performances from its cast and the well-established plot are securing the strong return of Jang Hyuk’s latest drama. The struggles of the characters  are close to what ordinary people go through in real life (except the supernatural part) that you get the reasons behind their actions.

The smooth flow of the story has strengthened its appeal, plus the action sequences are not lacking either. Ji Cheol’s love for his family is evident from the start. He will not hesitate to do whatever it takes to provide for them.

There are enough sweet, tender moments between him and his daughter that you almost forgot they argued over something mundane.

As expected of Jang Hyuk, he was able to give justice to his character and effectively showcase his acting prowess. I love the way how Ji Cheol’s past is introduced in small increments, because it makes room for the character’s development.

Something serious must have happened in the past between Ji Cheol and Min Woo, causing them to act differently towards each other. Finding out the origin of the bad blood between them definitely makes watching the drama worthwhile.

The presence of a mysterious drug and unraveling its effects is also adding more meat to the story.

Viewers can look forward to Ji Cheol’s journey to achieve redemption, along with discovering more about the actions each character takes to resolve his personal battles.

If the drama maintains this kind of pace and keeps the balance between its realistic aspects alongside its fantasy-thriller theme, then it will definitely be worth a good watch.

There are plenty of things to figure out, with a lot of characters in need of recognition, still I couldn’t be more excited to see how the story unfolds.

Catch Bad Papa as it airs on MBC every Monday and Tuesday.

Our reviewer watched the premiere episodes of Bad Papa on VIU.

All photos from iMBC