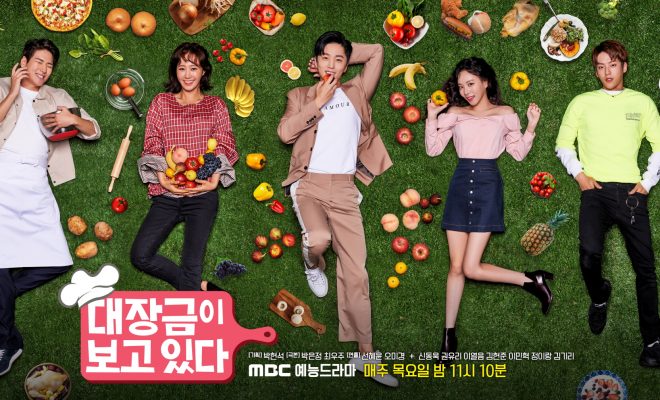 MBC’s food-centric sitcom, Dae Jang Geum Is Watching, starts off bland which leaves a craving that is quite hard to satisfy.

Dae Jang Geum Is Watching boasts of flavorful recipes and good chemistry, but it is not enough to compensate for its ambiguous plot.

The story is about three siblings who are direct descendants of the legendary Jang Geum, a great cook and the first female royal doctor during the Joseon Dynasty. Her skills passed down through generations to one exceptional descendant. The Han siblings, however, split Dae Jang Geum’s abilities among them. 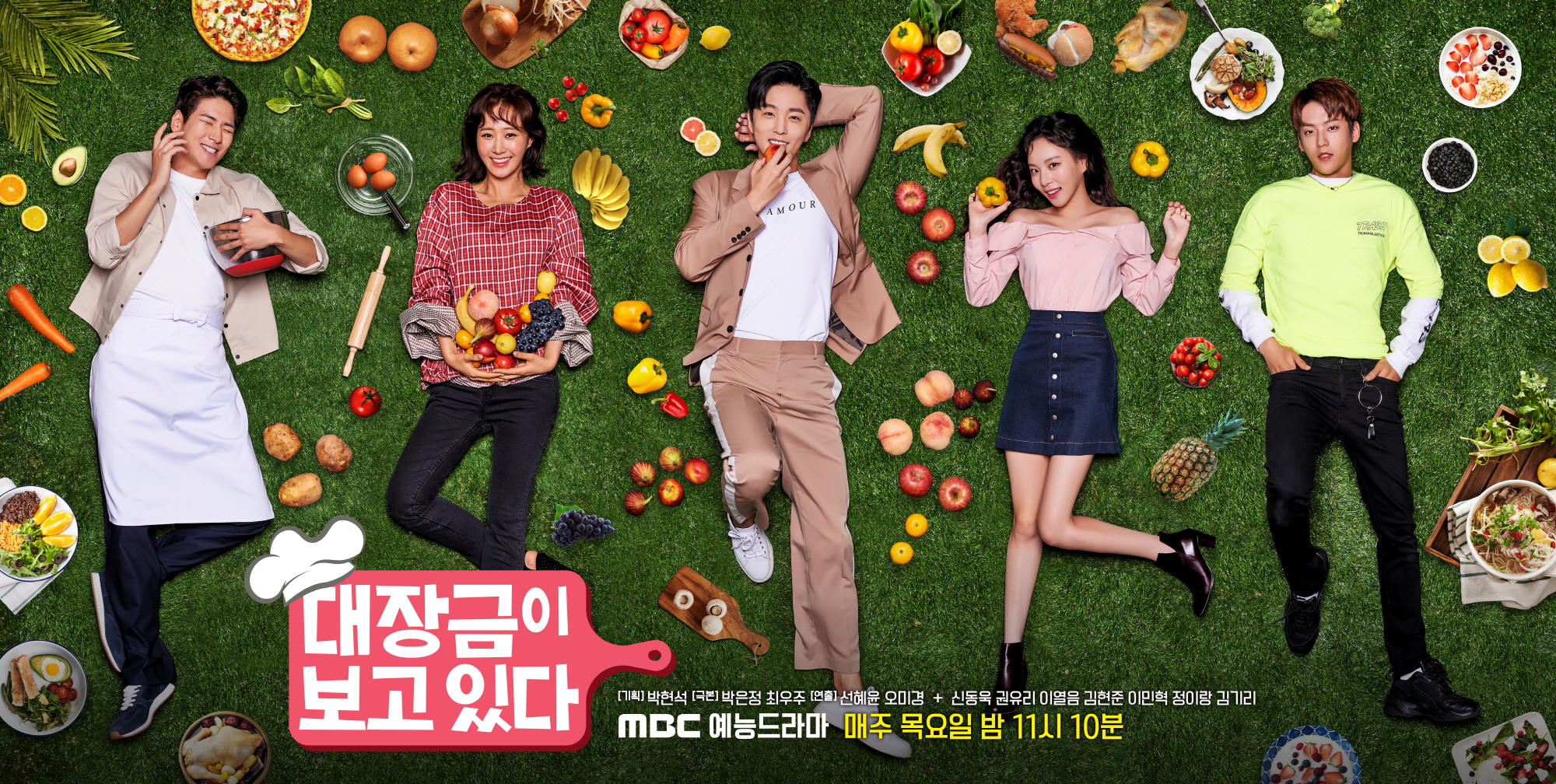 Han San Hae (Shin Dong Wook), the eldest, inherited her excellent sense of taste. He can identify the origin and the specific amount of the ingredients used in the food he eats. However, if someone’s saliva gets mixed with the food or tableware, it paralyzes his tongue.

Han Jin Mi (Lee Yul Eum), a twin older by a minute, was blessed by a great sense of smell. She suffers from occasional nose bleeding when her heart beats for a man. The other twin, youngest Han Jeong Sik (Kim Hyun Joon) got her great grandmother’s cooking skills and can alter food structure through his hand’s energy. He often wears a glove on his left hand to control its energy.

A family gathers around a table full of delectable dishes, in what appears to be an ancestral home. An elder, directs San Hae to separate some side dishes for himself before they all start eating. Han Jin Mi volunteers to identify the ingredients from the food her twin served. She struggles with the last ingredient and just identifies it as a persimmon. San Hae provides a detailed and exact answer to which Jeong Sik confirms, much to Jin Mi’s annoyance. 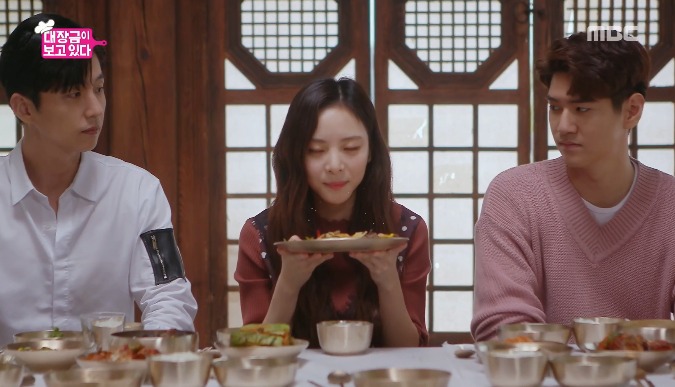 The elders reiterate that they need to keep the tradition of eating dinner together to avoid misfortunes. Back in the city, San Hae is anxious to get away from his co-workers as he needs to be on time for dinner. He manages to break away and as he rushes home, he bumps into Bok Seung Ah and spills her peaches. 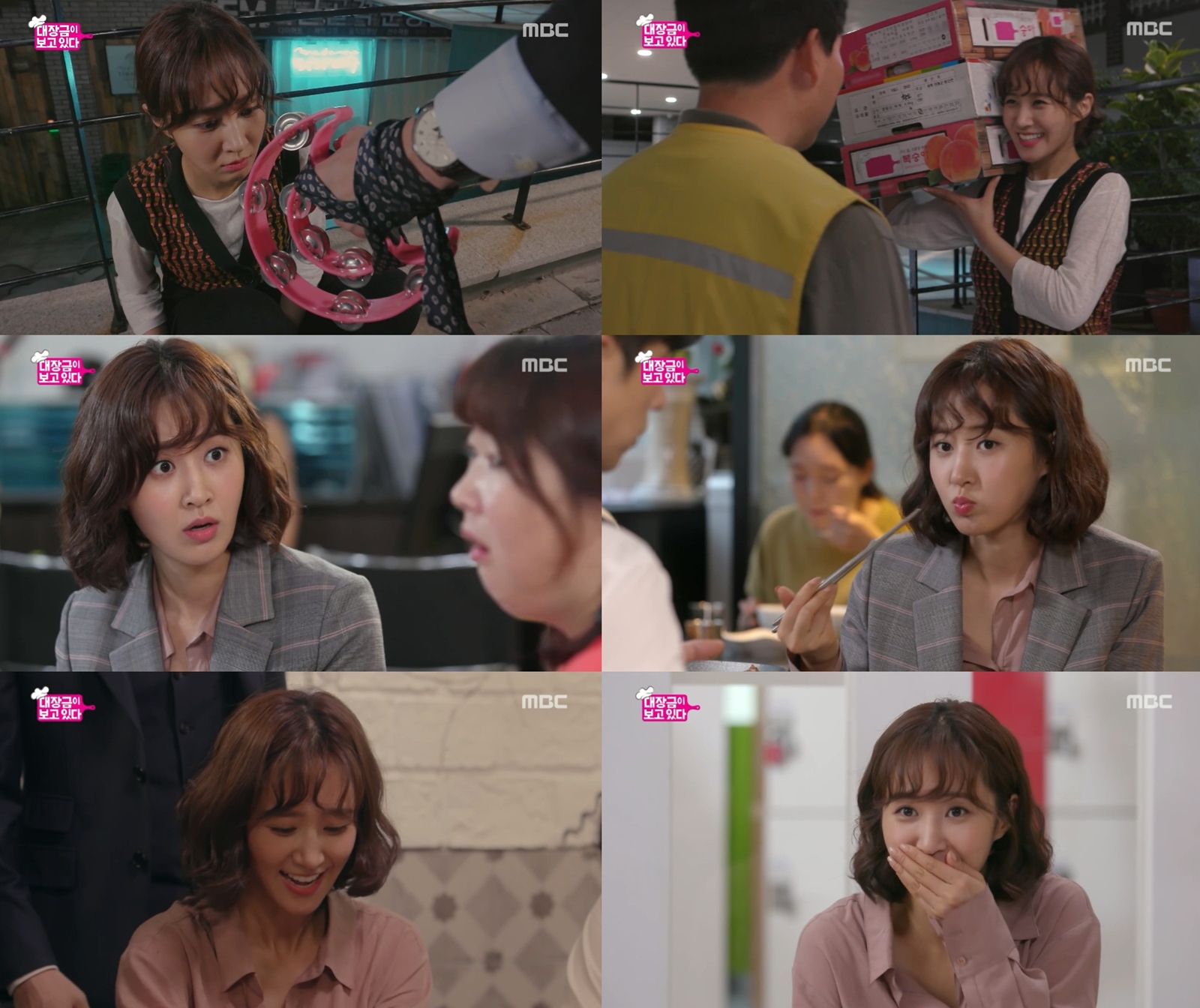 Jin Mi at the same time sneaks out from training and also rushes home. The siblings are all able to have their dinner while talking to their mom via video call.

Bok Seung Ah (Kwon Yuri) goes to work and finds out San Hae is one of her co-workers, a manager to be exact. She almost blows a deal as she offends one of the potential customers. After dancing together with the ladies, she’s able to secure the signatures.

Jin Mi finds out she did not make the cut and a manager recommends to give up on her idol dreams. She comes home and pretends nothing happens. Jeong Sik prepares a lot of food thinking she actually made it. While eating, she cries and when asks by her siblings, she just says it is because of the spicy food. Without asking her about what happened, they know that she failed. Instead of teasing her, San Hae gives her a portion of meat and asks if it tastes good. She says it is and the siblings start eating with smiles on their faces.

The chemistry of the main leads, particularly the siblings is great. Their bickering and their tender moments translate to how actual brothers and sisters are in real life. The actors genuine portrayals of their characters somehow cushions the vagueness of its plot. The way they comforted Jin Mi without asking too much questions is what families do. The sumptuous meals shown in the first two episodes also make this drama palatable. 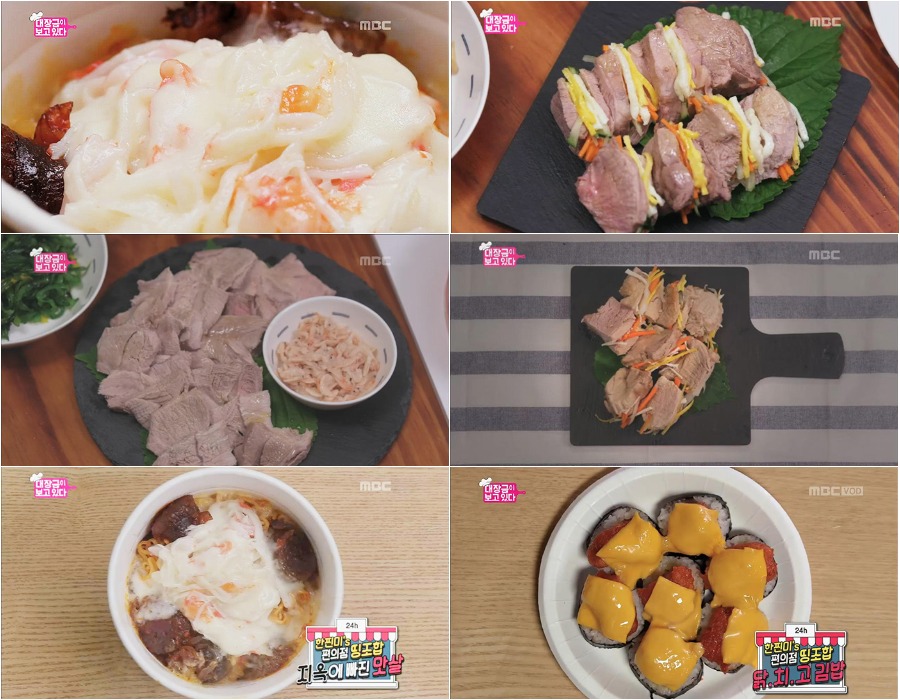 I love how the Han siblings are struggling to lead normal lives despite having extraordinary skills. In their clan, they are these exceptional brothers and sister showered with praises by their elders, but when they are outside their home, they are just ordinary individuals experiencing life’s highs and lows.

The aspect that makes this drama quite hard to digest is the story’s trajectory. With two episodes shown, there are still no obvious conflicts yet. I understand that the drama is supposed to be light but a conflict is necessary to create a more interesting story. Perhaps the showrunners are taking things slow and focusing more on how the characters take pride and comfort in food.

Although the drama already established the pairings, the romantic aspect is yet to hit. Maybe the succeeding episodes of Dae Jang Geum Is Watching manage to offer more and spice things up. If your interest gets piqued with servings of scrumptious meals, this drama will not disappoint. I just hope things pick up in time for viewers to have a tasty experience. 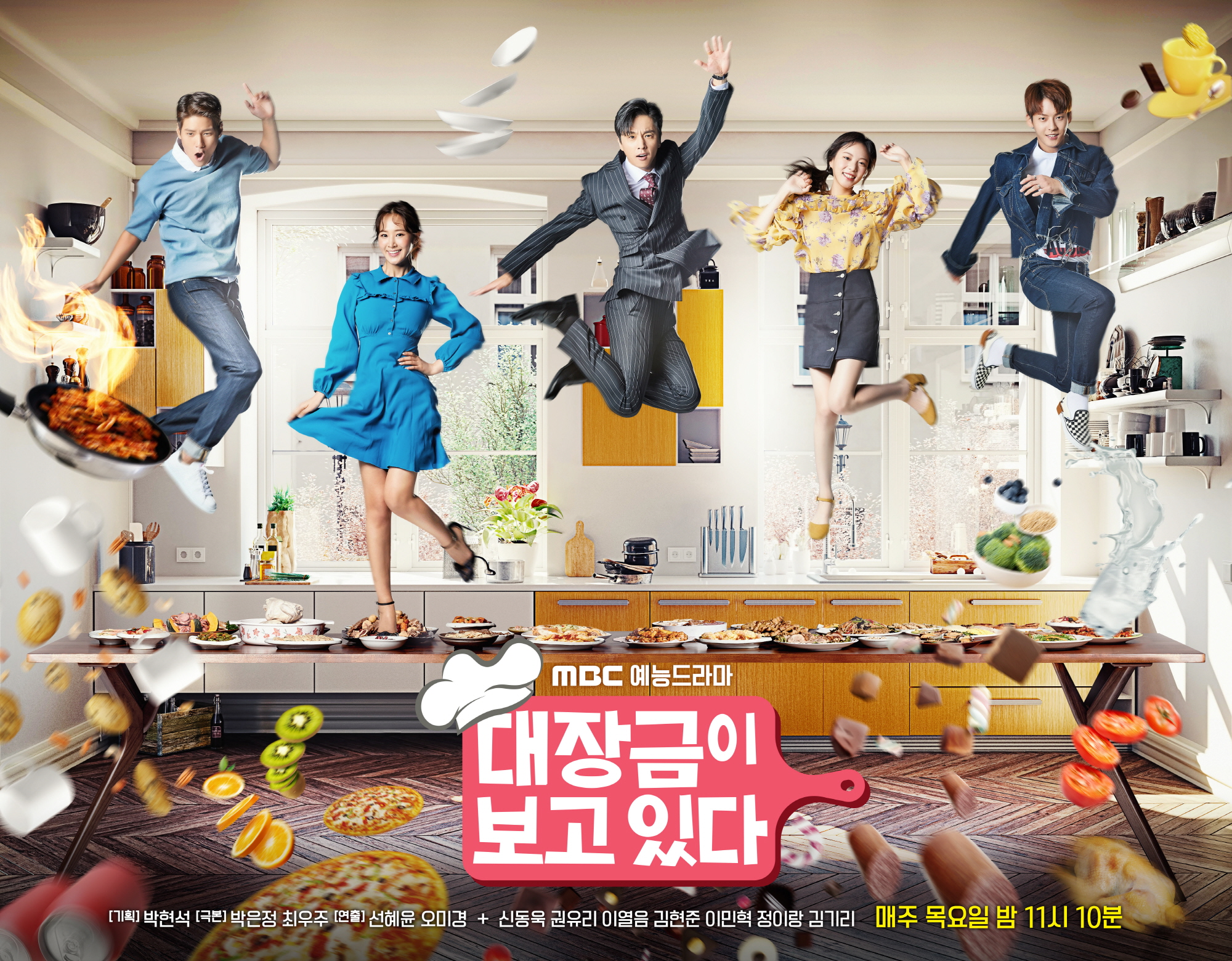 Dae Jang Geum is Watching airs on MBC every Thursday at 11:10PM.