A Korean Odyssey is the best K-drama opening week that we’ve seen this year! 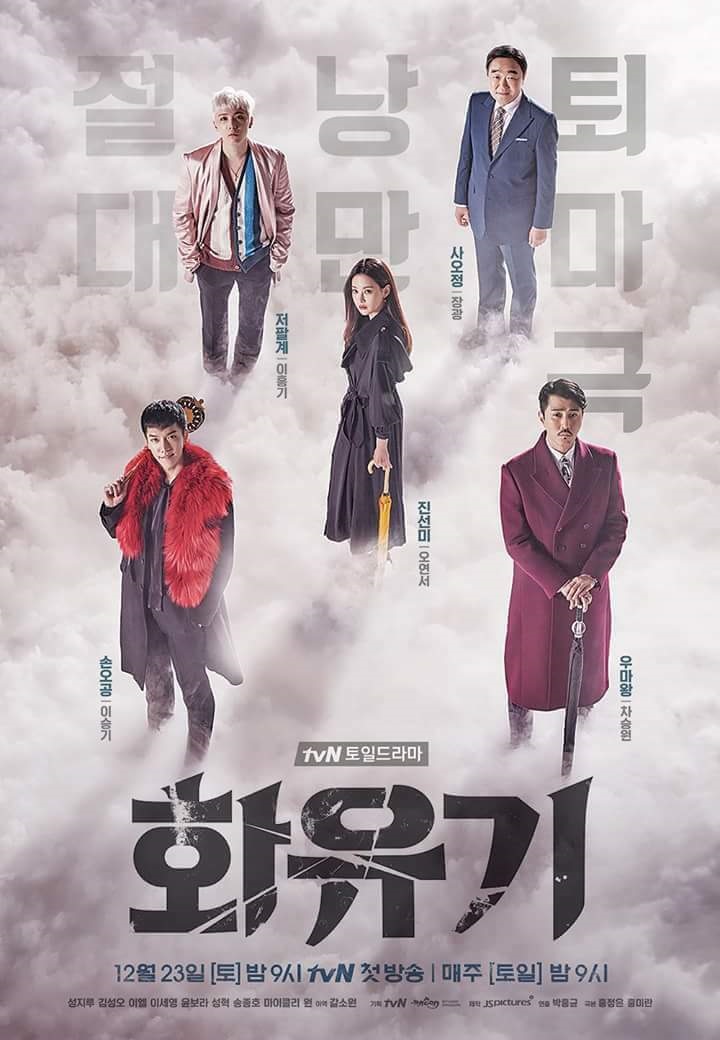 Hwayugi gets back from a bumpy start to cement the strong opening of its whimsical world of supernatural characters.

Hitting high scores for the first two episodes, Hwayugi sharply described the main characters that will spin the story. It also presented a fancy backdrop with splendid cinematic appeal.

Hwayugi is adapted from Chinese classic literary piece “Journey to the West”, which tells about the journey of monkey king to regain a chance of redemption by accompanying a monk in collecting scriptures. After watching the first episode, it somehow pushes me to read the literature which the TV series is derived, but then again I would prefer to appreciate how it will be translated in this small screen setting by Korean production.

I can’t help but be stunned watching the scenes unfold as I was so engrossed on everything that was happening on the screen. The reunion project of Hong Sisters to popular actors Lee Seung Gi and Cha Seung Won, whom they worked with in successful dramas My Girlfriend is a Gumiho and The Greatest Love, is a sure holiday treat you would not want to miss. 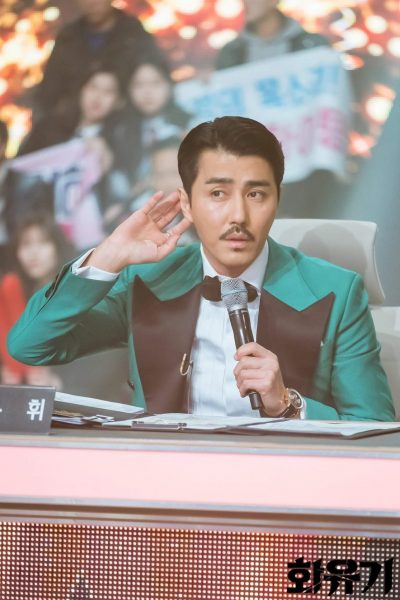 When a big mountain fire breaks out causing havoc to humans, Woo Ma Wang (Cha Seung Won) seeks the help of mortal child Jin Sun Mi who has an ability to see supernatural objects and beings. He coaxes her to go to a cottage to get a fan and in return he will give his umbrella so she can ward off evil spirits. He warns her to ignore whatever she will see inside the hut. Sun Mi easily spots the fan but feels someone is watching her. She feigns ignorance but is halted by Son Oh Gong (Lee Seung Gi), a former deity banished from the heavens and is imprisoned inside the cottage. He deduces Sun Mi’s peculiar ability and strikes a deal with her by a promise to protect her from harm if she will put off the candle lights so he can be freed. He tells her his name and vows that when she calls his name, he will be there to defend her.

Sun Mi relents but Son Oh Gong refuses to keep the part of his bargain by erasing Sun Mi’s memory of his name. He takes the fan and flees leaving the girl by herself. 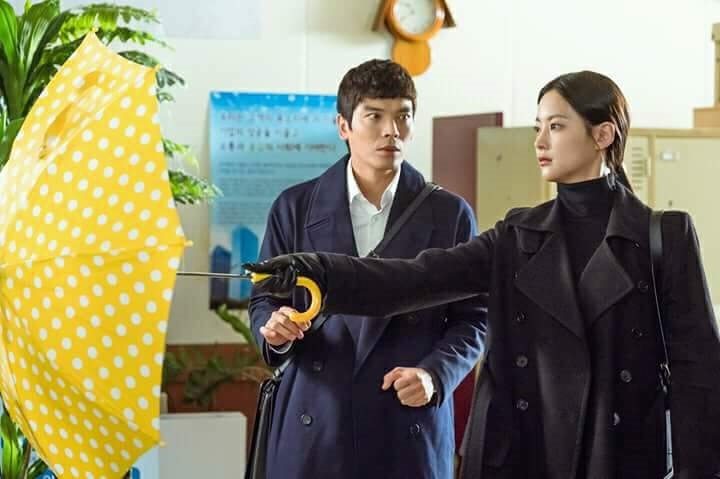 25 years later, Sun Mi (Oh Yeon Seo) is an established CEO of a real estate company. She has learned how to fend for herself against evil spirits she encounters.

Meanwhile, Son Oh Gong is slaying bad ghosts here and there so he can get a chance to go back in the heavens. They meet again when Sun Mi recognizes him on the road. She castigates him for not fulfilling his promise and proudly walks declaring she does not need his protection.

After vanquishing a demon haunting a young boy, Oh Gong is expecting some good news for the good deeds he has been scraping, but Guru Soo Boo Ri advises that he still can’t return. Prickly Oh Gong resorts to going on a shortcut by finding Sam Jang who will make him invincible after hearing the rumor she is out in the human world.

It turns out that Sun Mi is cursed as Sam Jang after freeing Son Oh Gong. When Sun Mi is attacked by a she-devil, Oh Gong comes to her rescue as evil spirits come to eat her because of her unique fragrant blood.

Upon realizing Sun Mi’s identity as Sam Jang and that she holds the key to enter the heavens again, he urges her to give up on her life voluntarily since there’s nothing much in her ghost-haunted existence that is worth living anyway.

Sun Mi refuses his proposal and teams up with Wa Mang to claim the broken promise from Oh Gong. They secure a magical bracelet that will bind her with Oh Gong and she tricks him that it is her Christmas gift to him. Moved from her heartfelt words that it is the first time she has given someone a gift, Oh Gong accepts the gift. 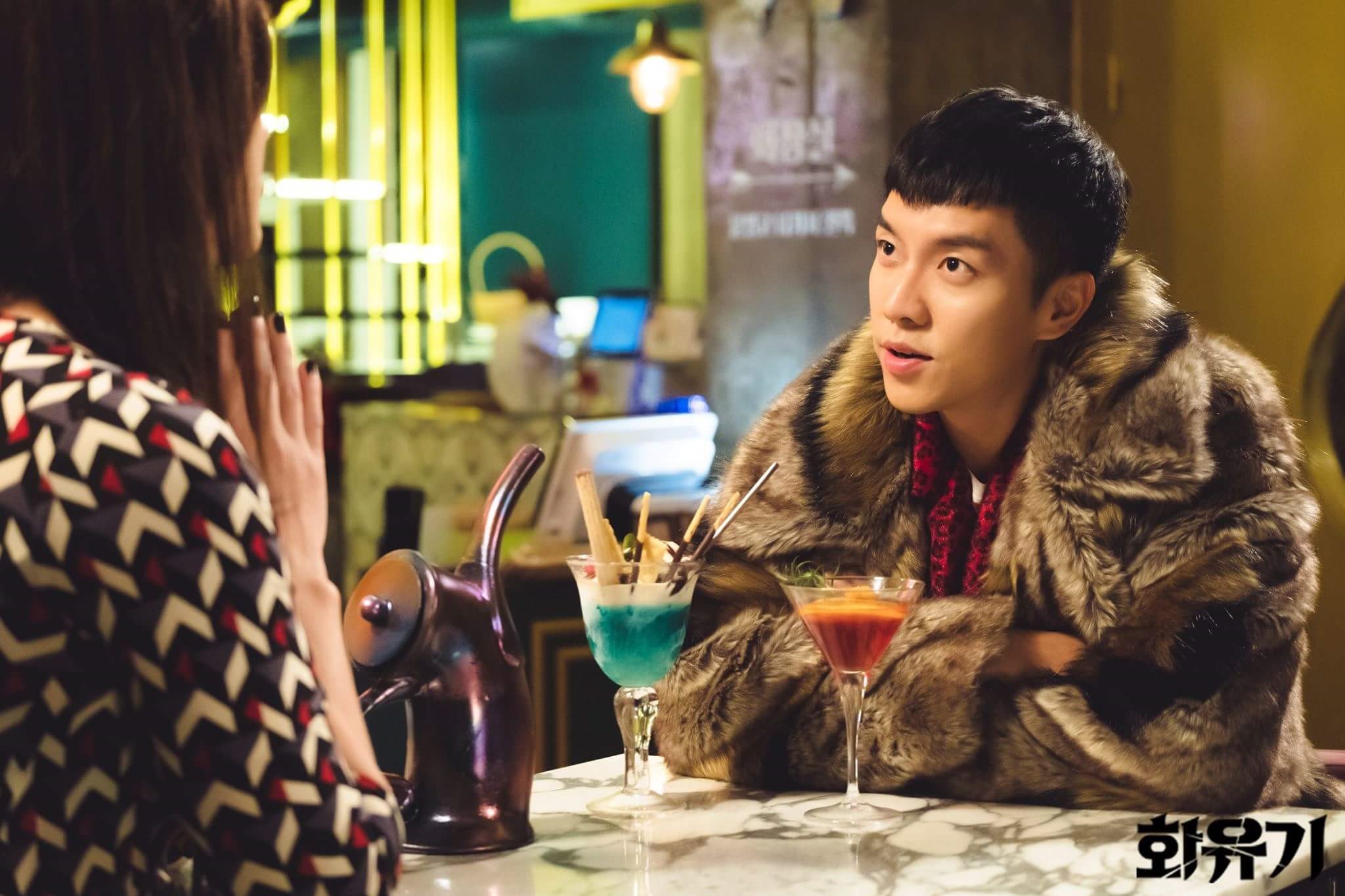 Sun Mi and her assistant visit a house after the buyer cancelled the sale. She spots an old wedding portrait and is sucked inside the picture.

Oh Gong learns of Sun Mi’s disappearance and discovers that she is transported as one of the brides of a lusty demon through PK (Lee Hong Ki). The demon acquiesces to release Sun Mi only if he can determine who she is among the covered faces of the brides.

Oh Gong traces Sun Mi’s lotus smell but she is under the spell of the demon. Oh Gong remembers the bracelet she gave him so he wears it and shows it to her. Sun Mi snaps out of the trance and takes his hand. But her distinct smell made the demon go against his words and orders to capture them.

Ma Wang spots PK closing the portal to where Oh Gong and Sun Mi are. Ma Wang takes advantage of trapping Oh Gong in the portrait by burning it. 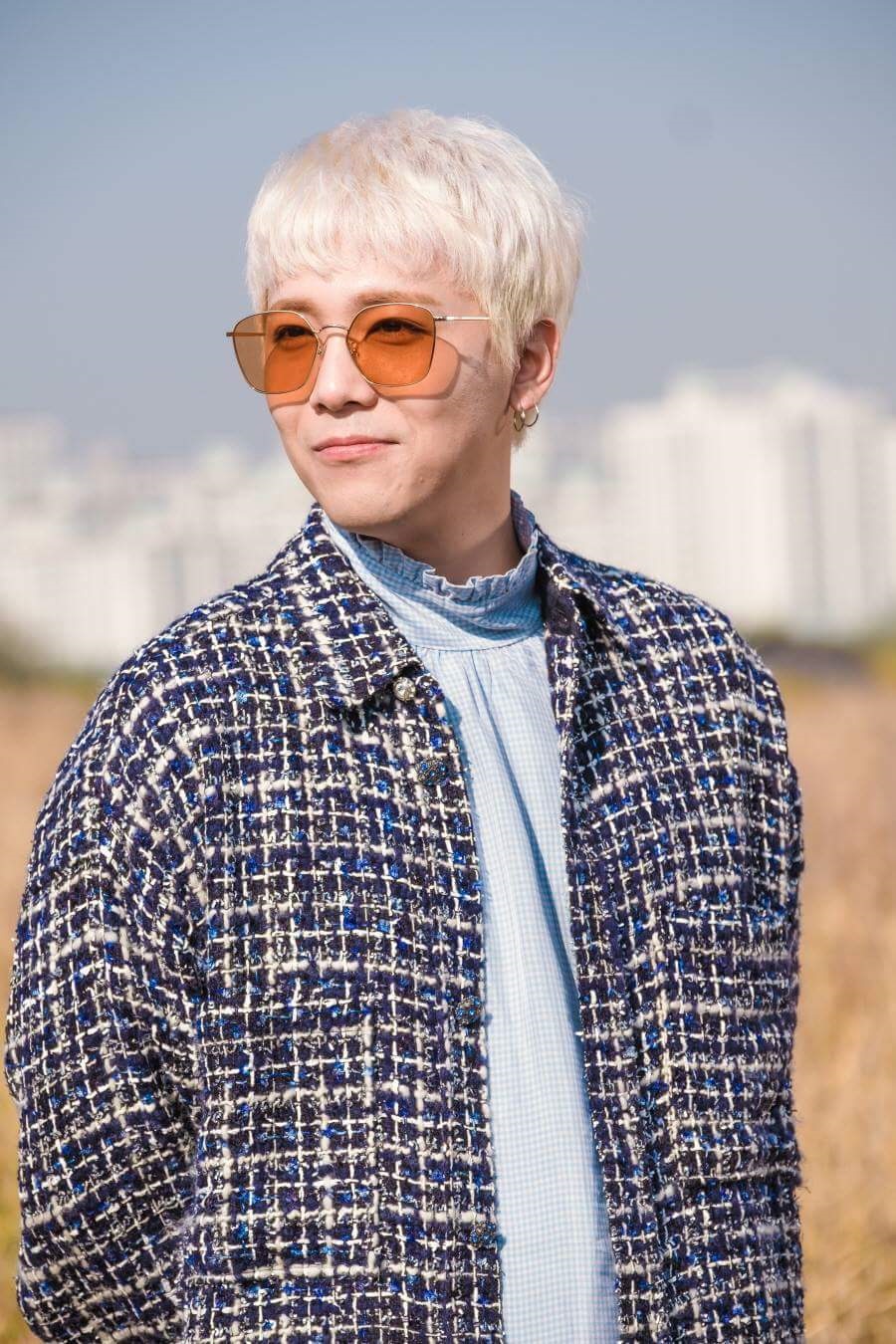 The two run away and Sun Mi recognizes the place they are as what she saw in the mystical jar from the store where she got the magical bracelet with Ma Wang. She tells Oh Gong about her strange deja vu as they race time not to be trapped in that realm which Oh Gong senses to be burning.

Oh Gong coaxes her to proceed with what she saw in her vision so they can leave the place. She hesitates for a minute, then tiptoes and plants a kiss on his lips.

Suddenly the bracelet’s power is activated, binding her life to his. Oh Gong bears the searing pain, realizing the trick Sun Mi pulled on her. She confirms that she knows the bracelet will give her an immunity that he won’t be able to kill her.

Oh Gong tells her that he will be in unimaginable pain every time she is in grave danger. Sensing the world they are in is fading, Oh Gong returns Sun Mi’s memory of his name and pushes her back with his power to the mortal world.

Bothered about what happened to Oh Gong, Sun Mi heads to a lighted vast ground. She slices her hand with a knife and lets her blood drop on the ground.

As a number of evil spirits approaches Sun Mi, she summons Oh Gong by calling his name. Night sky moves as Oh Gong falls from it. He punches the ground and quells all the evil spirits swarming around her. 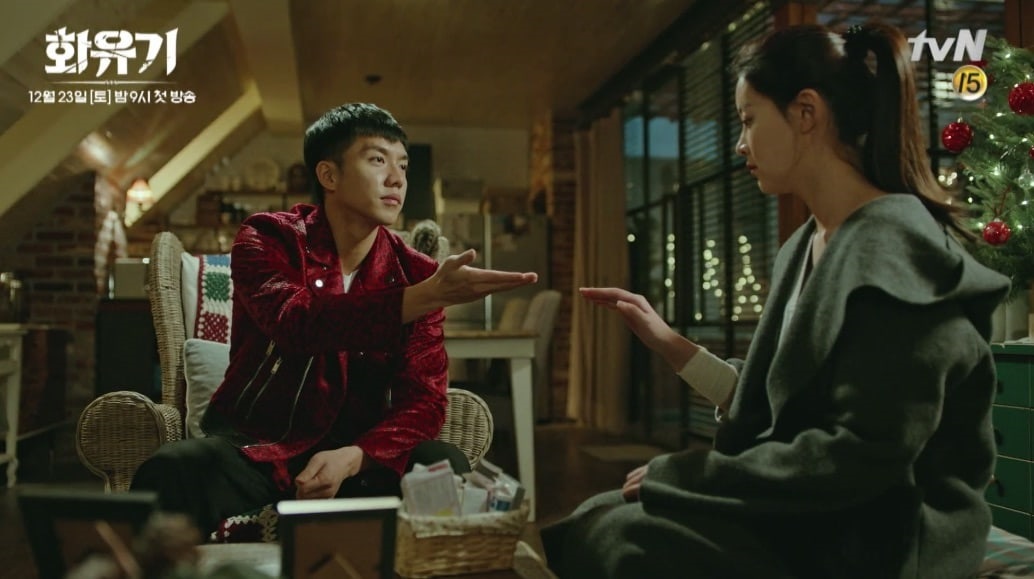 The last time I felt so invested on a fantasy themed drama was with Queen In Hyun’s Man. I like the element of surprise and the projected picture of A Korean Odyssey. Having actors fitting in with their characters so well is a bonus.

The clever delving of the mystical characters mixed with groundbreaking visuals is making me excited to see the upcoming chapters to be unfurled. If the trajectory remains astonishing like its initial episodes, chances are it will be another mega K-drama hit.