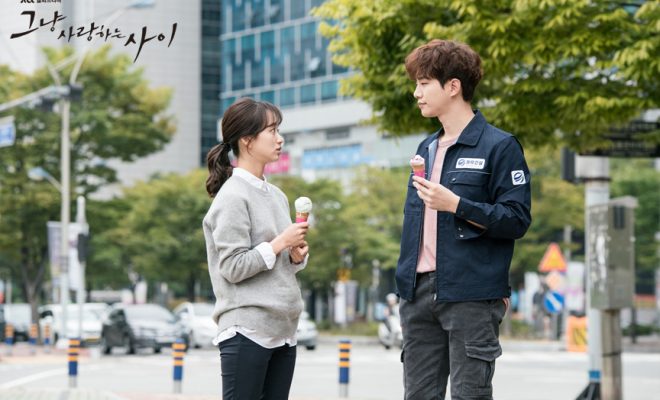 Shared pain from a disastrous accident intertwines the characters of jTBC’s new melodrama Just Between Lovers. 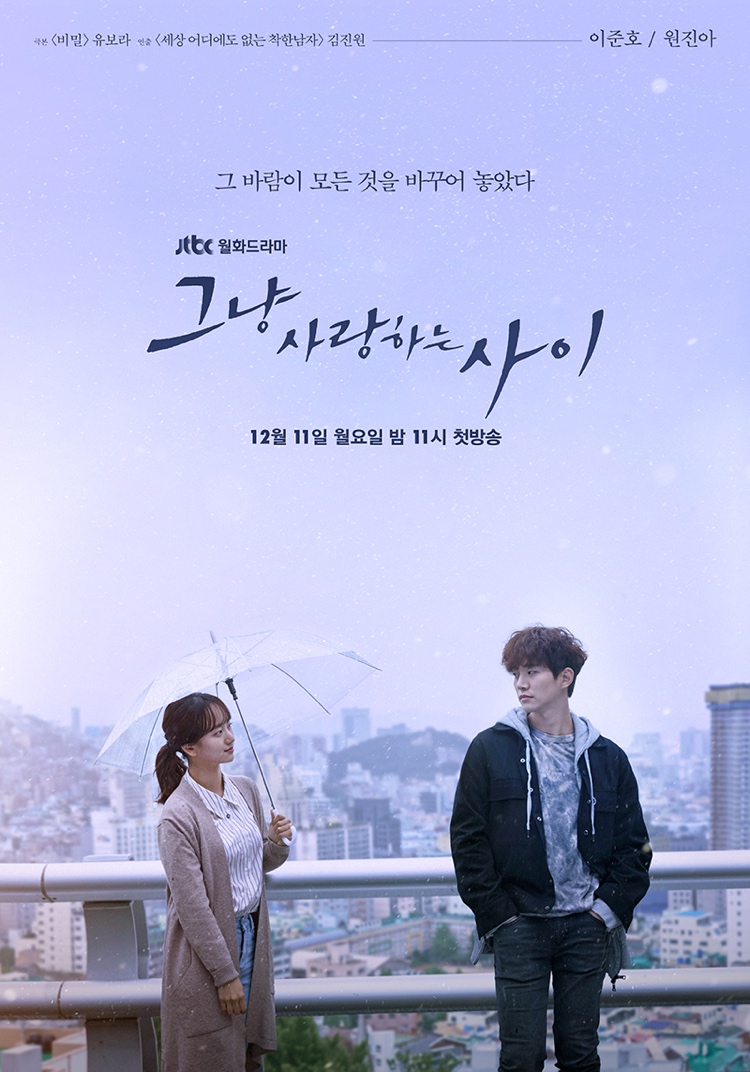 Just Between Lovers begins its emotional picture through empathetic characters saddled with a traumatic experience.

JTBC’s answer to the crime drama trend is a resonating drama which draws in sentimental strings without exaggerating weepy frames.  Just Between Lovers takes off from a devastating incident which binds the intertwining fate of the main leads.

2PM’s Junho transitioned from his icy and polished character in Chief Kim to a reckless-come-what-may role in his new project. Won Jin Ah (Steel Rain) who has worked on film projects primarily debuted with an imposing presence for her first television drama. Rounding up the cast are reliable actors Lee Ki Woo (Woman of Dignity) and Kang Han Na (Scarlet Heart Ryeo). 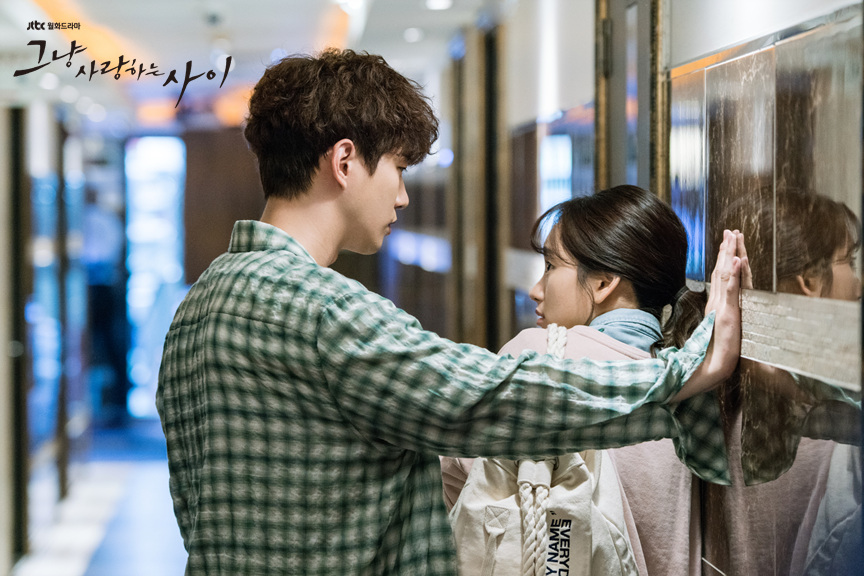 Ha Moon Soo (Won Jin Ah) tends to their family bathhouse business alongside her regular gigs in making building models. Her alcoholic mother adds to her busy schedule. When she scores an offer to work with an architecture firm, she confronts a long standing trauma involving her younger sister.

Moon Soo survived a tragic shopping mall accident, but her sister who was an aspiring child actress died when the new building collapsed.

Moon Soo is commisioned by Seo Joo Won (Lee Ki Woo) to work with him after noticing her talent in creating miniature edifice. Joo Won is not aware that she is a survivor of the mall mishap that also killed his father, who was the head architect of the project. Joo Won’s mother married the father of his ex-lover Jung Yoo Jin (Kang Han Na) so that Joo Won will get support on his career ventures.

Lee Kang Do (Lee Joon Ho) who once dreamt of becoming a soccer player also suffered in the ill-fated event. As an errand boy for an escort service bar, he signs up temporary jobs on the side. He frequently gets into trouble and in one of his fight, Moon Soo rescued and dragged his battered body to his father’s house after he passed out from the brawl.  The two meet again at the site where they both have unfortunate memories.

Moon Soo accompanies Joo Won to survey the land where Kang Do is working as a night guard.  Joo Won who deduced that Kang Do is the culprit who destroyed the pricey commemorative tablet from the collapsed building offers the latter to work in the company as an informer to ensure the safe construction of the new project. 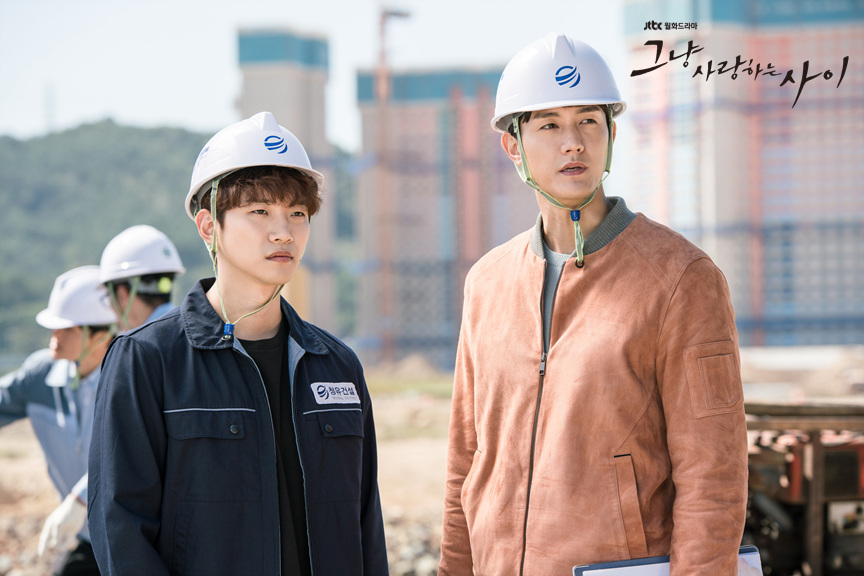 While the opening vista might not attract your attention right away, Just Between Lovers gave out a clear direction on how the characters will resolve the initial personal issues presented based on the back story. On the downside, the plot appears to have a limited space to grow if the trajectory is to be fueled by their past connections. I can’t picture yet if it will maneuver to a revenge line or shape up to be an underdog tale. Nevertheless, the bait on the cast’s committed role immersions is evident and working. 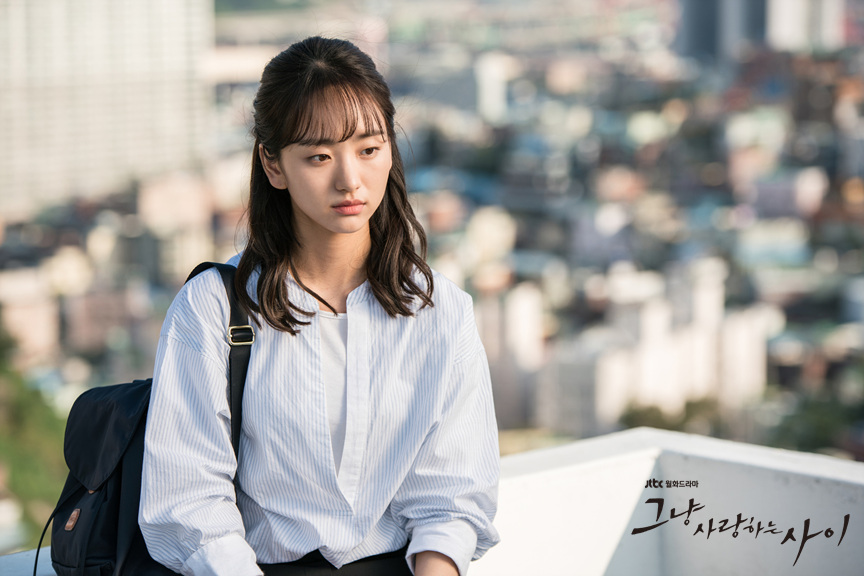 There’s something fresh in the heroine’s portrayal as well as 2PM Junho’s keen perception to deliver an emotionally satisfying persona that pushed me to take a chance and wait for this drama to showcase its worth.

If you are looking for a modern romance melodrama, Just Between Lovers airs on jTBC every Mondays and Tuesdays.