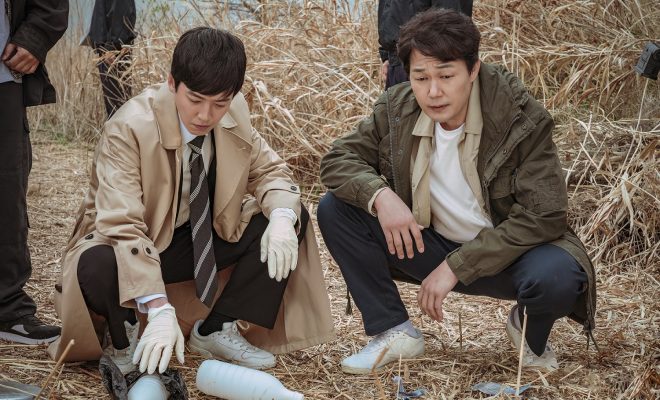 Jung Kyung Ho and Park Sung Woong expectedly did a great job to showcase their newest fictional characters, as a few mysterious story details are to be unhinged on the latest crime drama, Life On Mars.

A remake of a British television series, the newest OCN retro investigative crime drama is reminiscent of the cable channel’s hit 2017 crime thriller Tunnel, which depicts the tale of a police officer from the past, who time-traveled to the modern times. 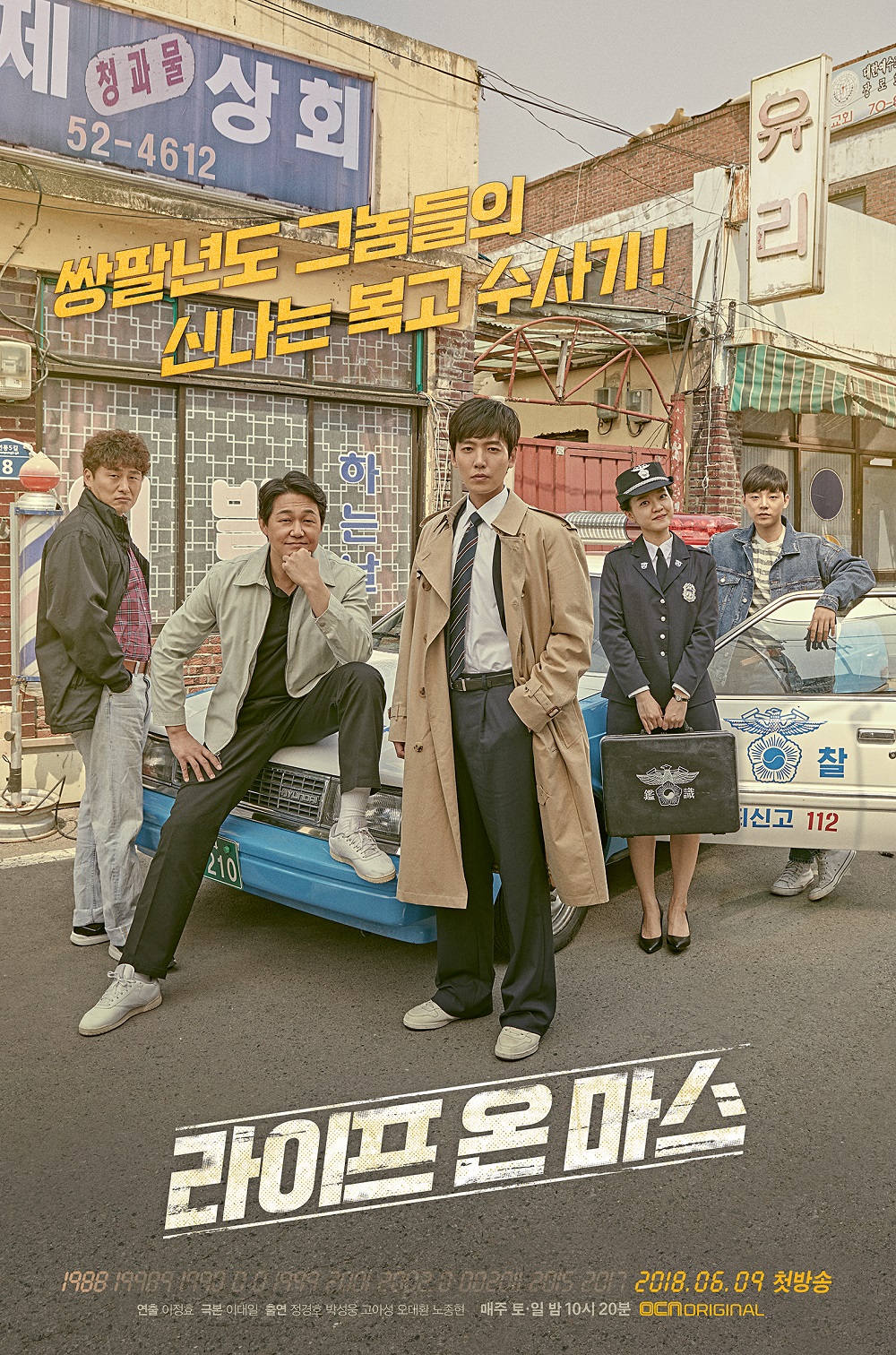 Life on Mars takes the same feel but different approach by sending a detective with the year set in 1988 after he is fatally wounded while chasing a serial killer who kidnapped his ex-fiancee.

Initially, we thought the new series is another time slip spectacle, but the hero appears trapped in his subconscious thoughts which is set in 1988.

Jung Kyung Ho (Prison Playbook) suits up for the detective, who gains an infamous reputation as a self-righteous whistle-blower among the police organization he belongs with.

Go Ah Sung plays the timid female officer, who ends up doing office chores assigned by the male police team that does the field work. 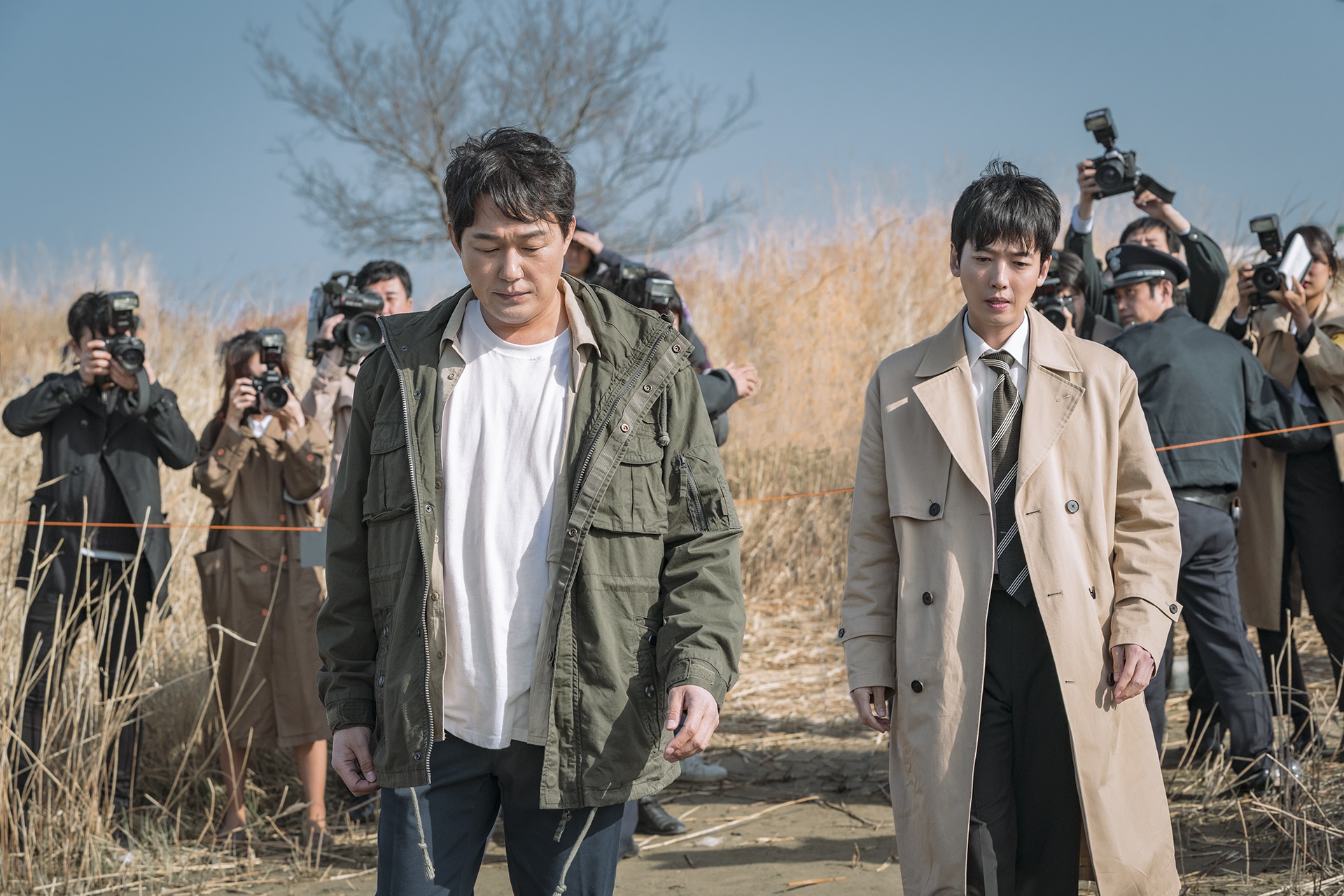 Han Tae Joo (Jung Kyung Ho) is coaxed by his ex-fiancee Seo Hyun (Jeon Hye Bin) to visit the crime scene of the case she is working on which involves Kim Min Suk. A former ace of Regional Investigative unit, he is sent to Seoul office because his upright attitude compelled him to report any job irregularities at the expense of fellow officer’s negligence.

After analyzing the evidence from the crime scene, he is ready to testify and to pin the defendant with the crime. But a last-minute report he got, complicates the scenario, and he declares that the evidences presented were tampered. It favors the situation of the defendant, who is eventually found not guilty of the crime. 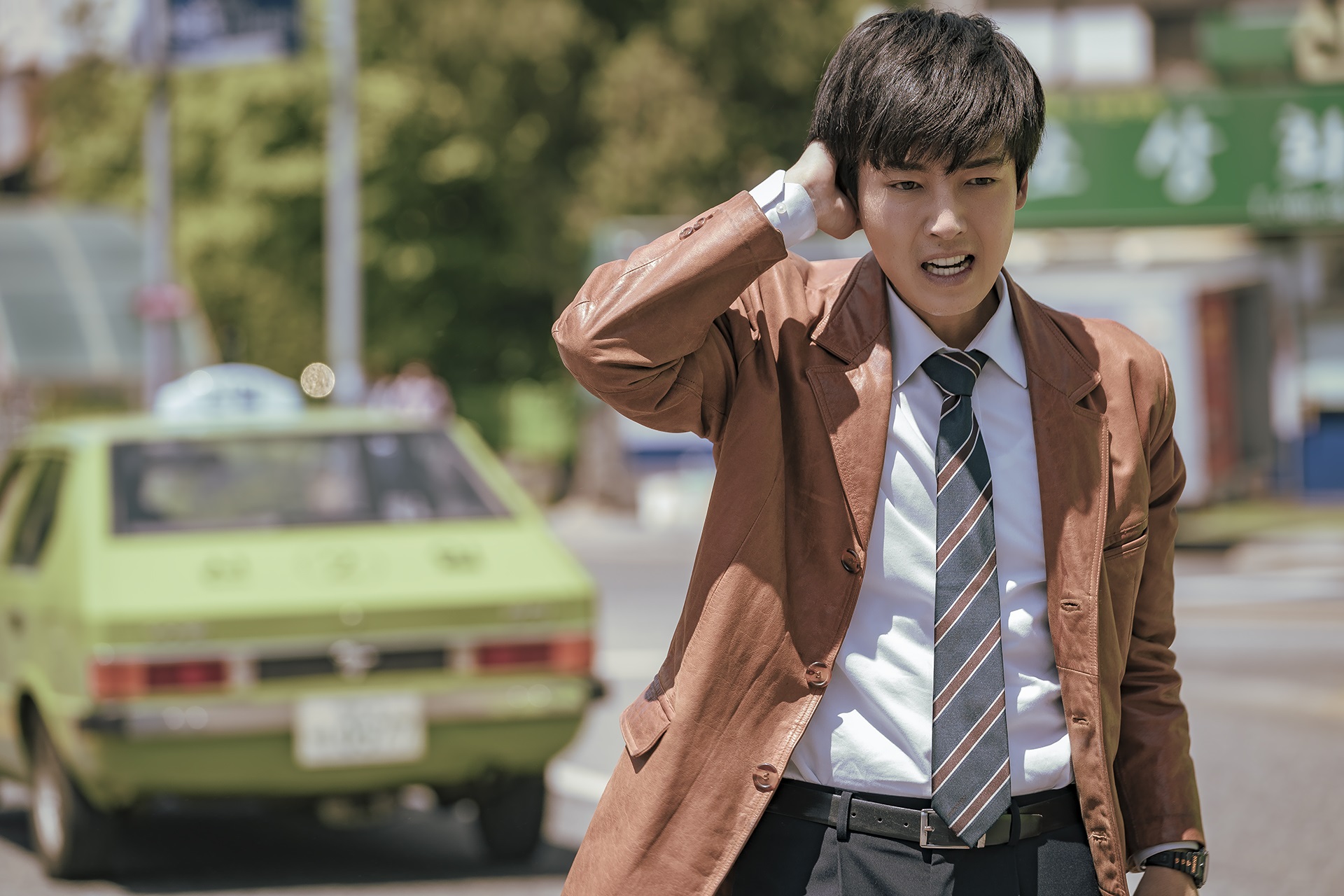 The released psycho kidnaps Seo Hyun and in the process of tracing the culprit, he is shot by another man helping Kim Min Suk. When Tae Joo regains consciousness, he wakes up to a place set 20 years ago, with an identity of a transferee inspector from Seoul.

While adjusting and contemplating on the strange situation that happened, Tae Joo joins the team in chasing a murderer with the same modus operandi of Kim Min Suk. It pushes the former to think that solving the case might return him back to his real era. 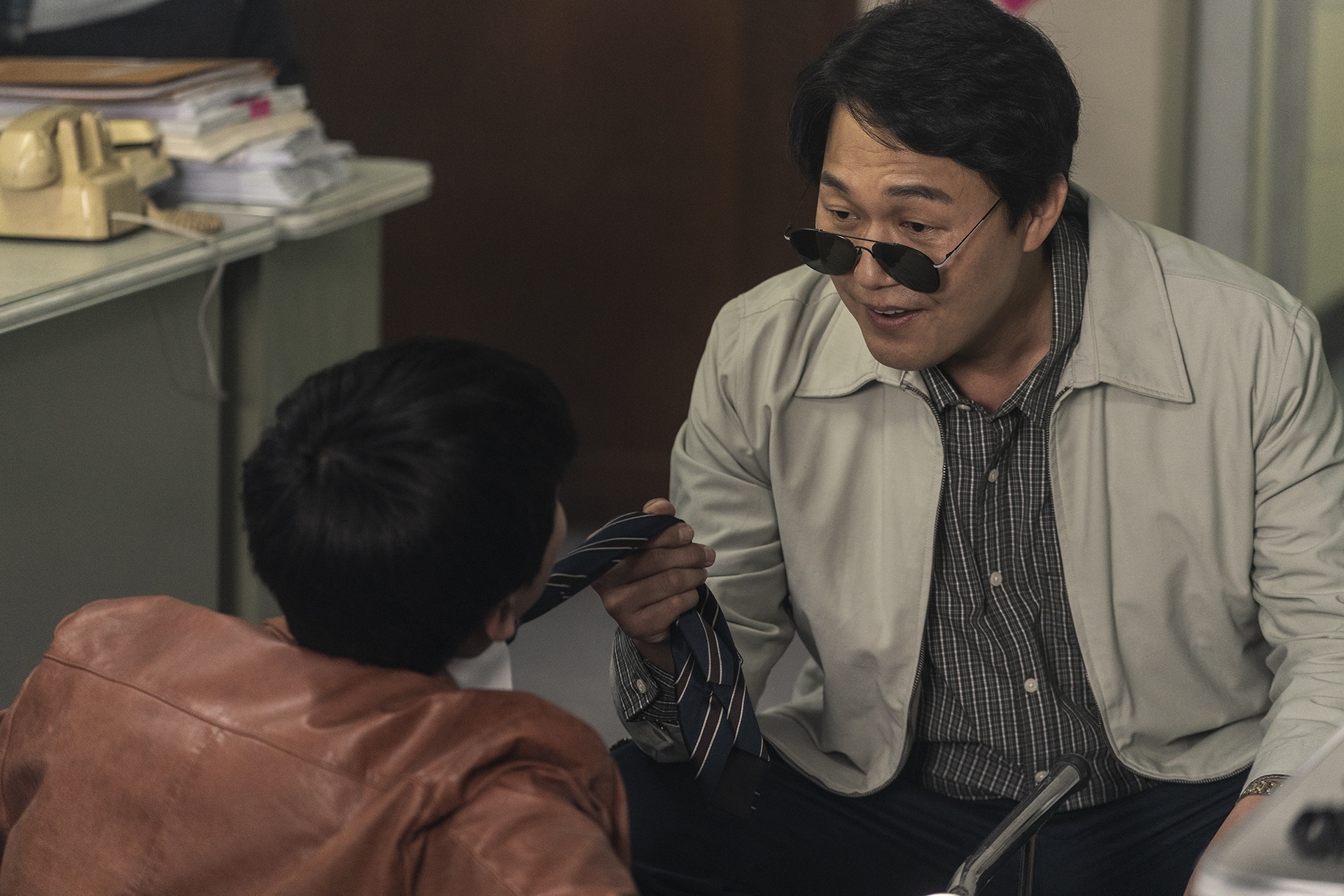 Kang Dong Chul (Park Sung Woong) is bewildered about the new man in the homicide team he leads. But his traditional investigative approach blends well with Tae Joo’s scientific- based deductions, leading to the capture of the murderer who does not look like the psycho from the modern times – whom Tae Joo is still being haunted with in another dimension he is staying.

Tae Joo, who has been hearing voices inside his head, learns about his comatose state from a man who introduces himself as the doctor taking care of his unconscious self.

The physician urges Tae Joo to work hard for him to return back to his time. He also tells him that everything happening to him is not true and is only happening inside his head. 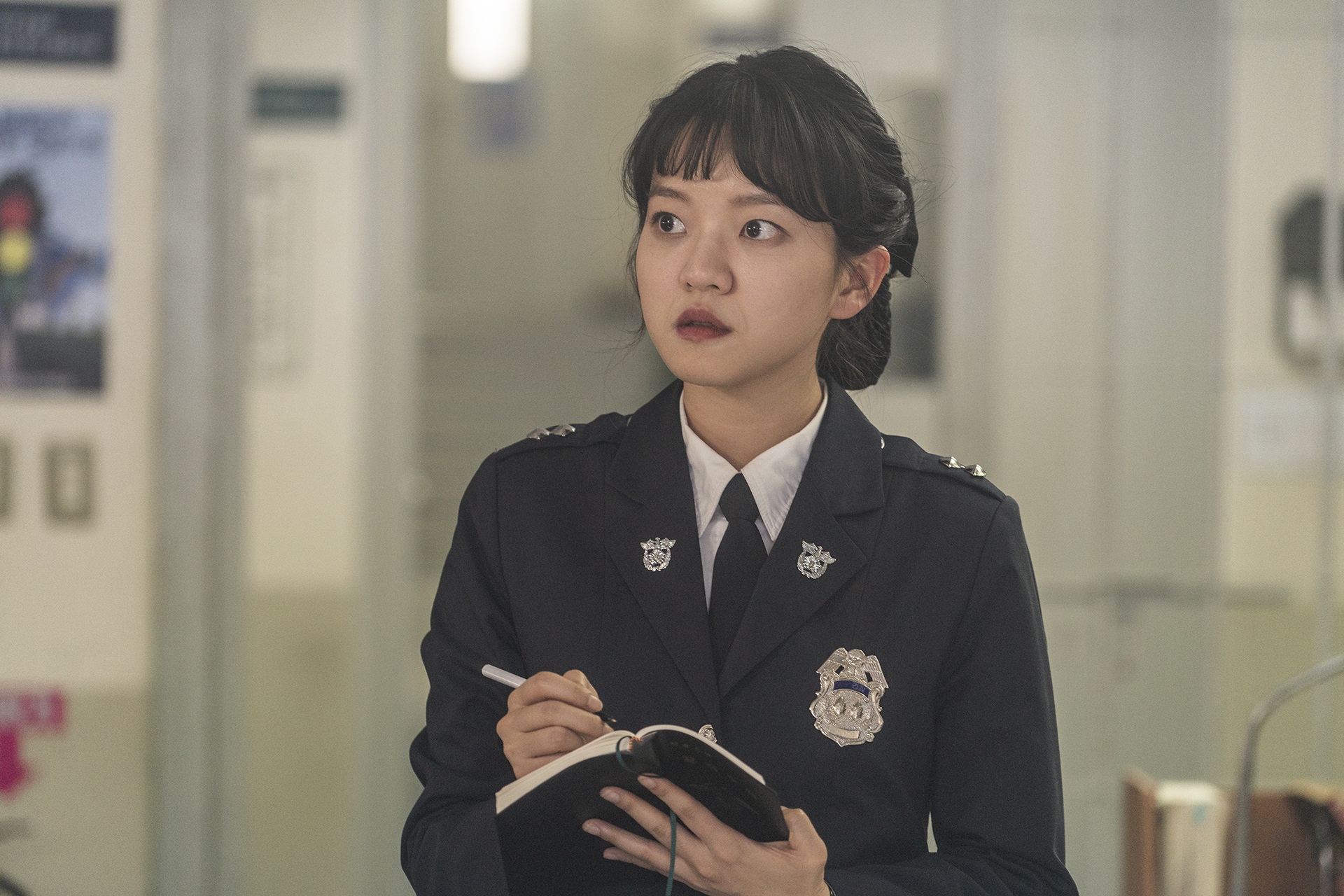 Trapped in a subconscious dimension set in 1988 baits anyone who likes interesting premise. The tricky pretext will score impeccable results if the plot bends and surprises match coherently.

Life on Mars has a tendency to slip to a crazy level because of its scenario, so hopefully the story remains sane as it unfolds. We are looking forward to how the hero’s mind drift will connect to the serial killer chase he is trying to solve in the present time.

We will do mid-series check on dramas we cover – so we will catch up with Tae Joo and Dong Chul again after eight episodes if our first impression of this drama will be a lasting one.

Life on Mars airs on OCN every Saturday and Sunday.

We need your support! If you have enjoyed our work, consider to support us with a one-time or recurring donation from as low as US$5 to keep our site going! Donate securely below via Stripe, Paypal, Apple Pay or Google Wallet.
FacebookTwitter
SubscribeGoogleWhatsappPinterestDiggRedditStumbleuponVkWeiboPocketTumblrMailMeneameOdnoklassniki
Related Items2018 ocn dramasgo ah sungJung Kyung-holife on marsPark Sung Woong
← Previous Story Go Soo Teams Up With “Defendant” Writer-PD Tandem For New Drama “Heart Surgeons”
Next Story → tvN Asia 24-Hr Express Drama “What’s Wrong With Secretary Kim” Episode 3 Dominates Viewership