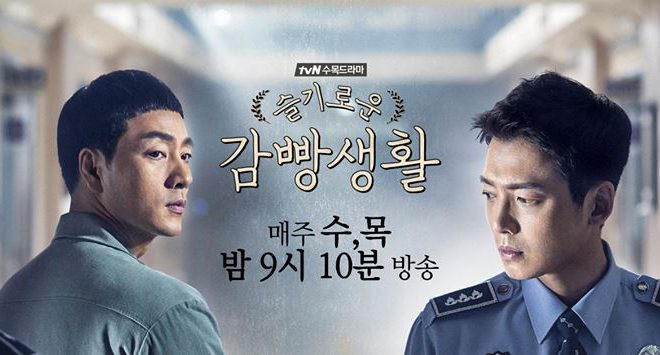 Prison Playbook brings a low key story introduction which settles to your system right away for its spot-on characterization. 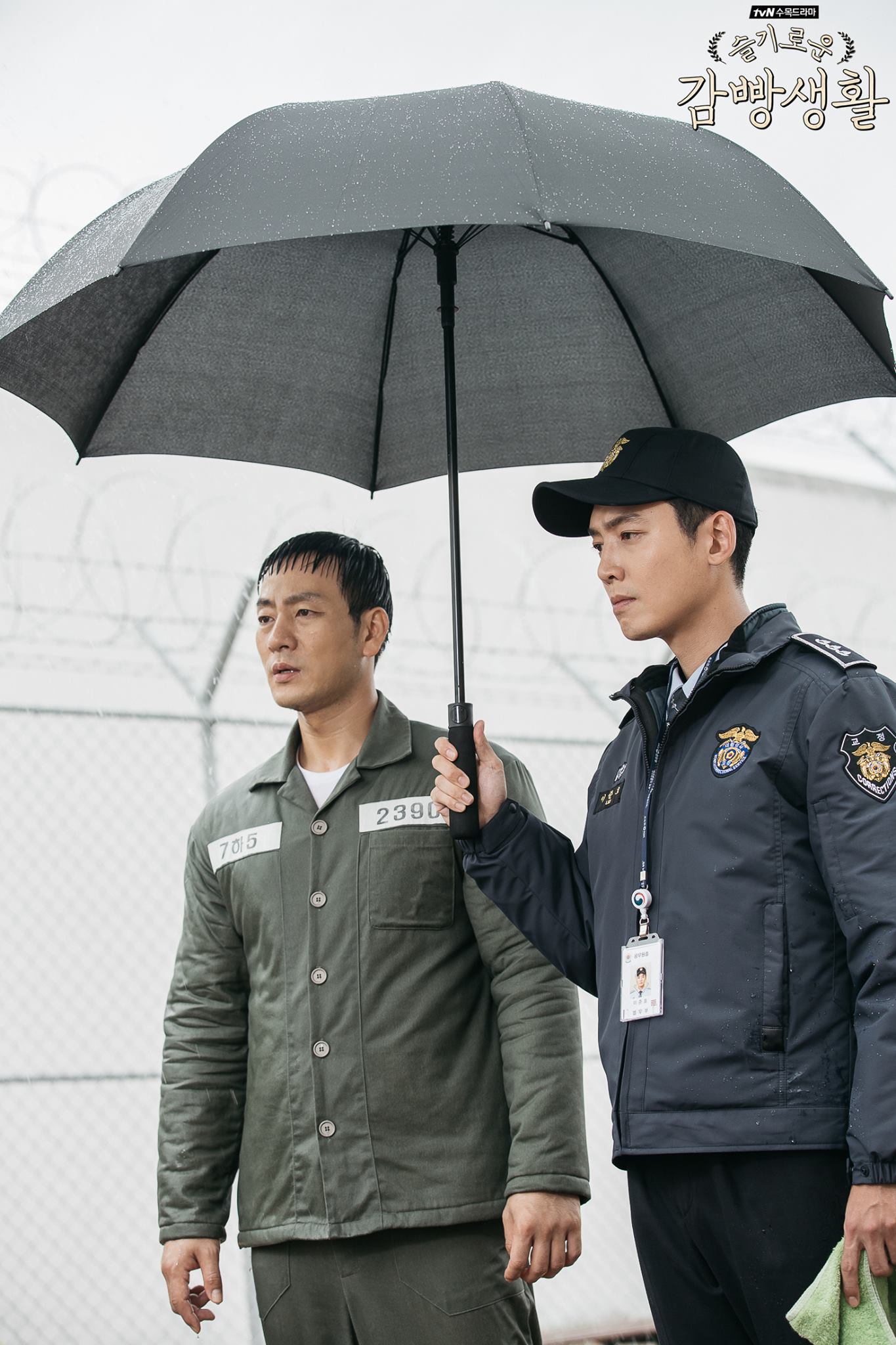 Billed as a dark comedy about prison life, the male-dominated cast drops subtle humor and interesting character sketches, veering away from the typical murky tone of a prison drama setting

Main characters Park Hae Soo (Legend of the Blue Sea) and Jung Kyung Ho (Missing 9) lead the cast of inmates and prison officers that will spin the depiction of smart prison living. 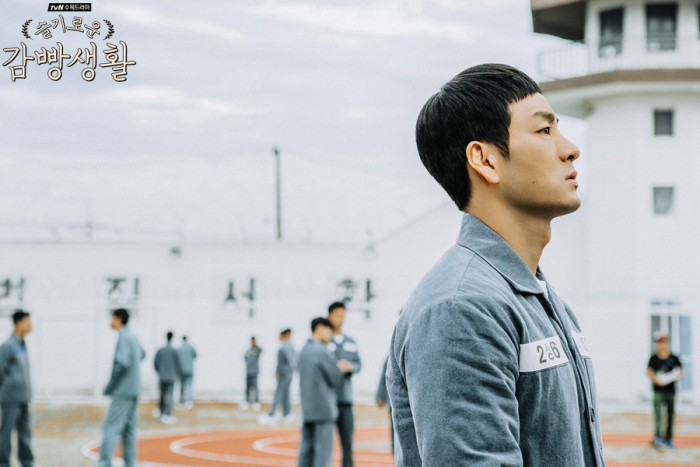 In the process of defending his sister from an intruder who is raping his younger sister, baseball star Kim Jae Hyuk (Park Hae Soo) runs to catch the culprit and inadvertently hit him with a trophy in defending himself on their debacle.

Unfortunately, the assaulter is declared brain dead from the injury.  The judge verdict sends Jae Hyuk to a year of jail while the appeal for his trial is ongoing.  The promising athlete, who is supposed to be drafted by the major league, becomes a subject of heated debate from his fans and people who wants to uphold that the law equally serves the famous and the common people.

In prison, he encounters people testing his convictions as an upright man.  He also connects to a prison-know-it-all “Beopja”, who has been in and out of jail since he was young.

Luckily, one of the wardens, Lee Joon Ho (Jung Kyung Ho), is his best friend, who used to be an aspiring baseball player like him. But his career halted because of an accident that happened to them years before.

On the day of his appeal trial, the family of the victim opts to cancel the session, leaving Jae Hyuk with no choice but to serve his prison term. 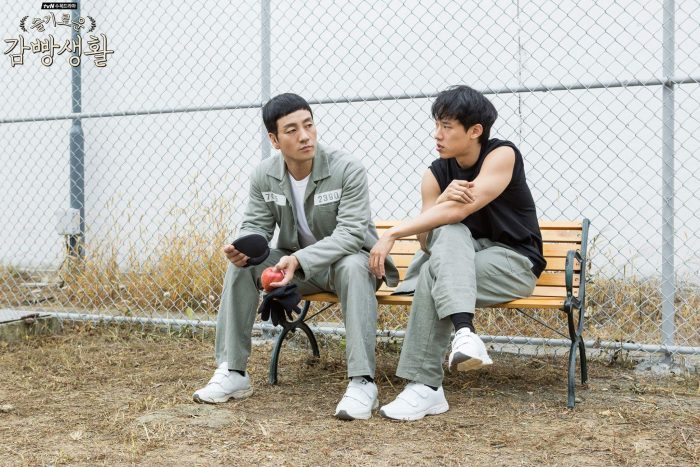 For a change, we know that we won’t get an overly dramatized prison narrative of rowdy boys and all those bad things happening inside the penitentiary.  I’m expecting for the comical notes to kick in as I was not able to feel that much from the opening week.

On a positive note, I like how the cast drew me in more than the picture of the story derived from its initial frames.  I am actually banking on the veteran supporting cast set to move with the main leads for the chronicle building. I am keen to join the hero as he navigates a meaningful relationships with his fellow lawbreakers and jail wardens.

Prison Playbook airs at TVN on every Monday and Tuesday.