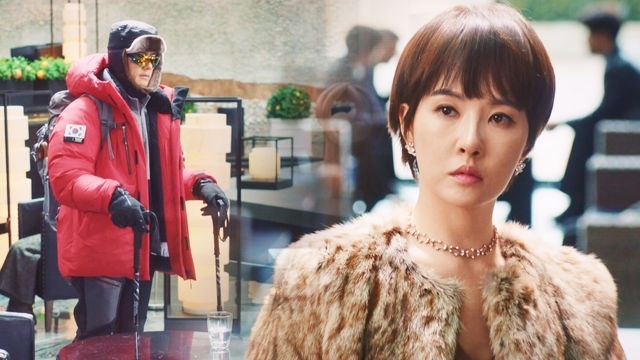 Last surge of romance is the prime theme of retrospective romance drama – Should We Kiss First.

Driven by star-studded seasoned actors, it was no surprise that Should We Kiss First topped the ratings for its respective time slot on its opening episodes.

Kim Sun Ah (My Lovely Sam Soon, Scent of a Woman) and Kam Sang Woo (The Spring Day of My Life) are tasked to give life on growing concerns about the influx of middle-aged people, who are opting to stay single. Rounding up the veteran cast are Oh Ji Ho, Park Si Yeon, Ye Ji Won, and Kim Sung Soo. 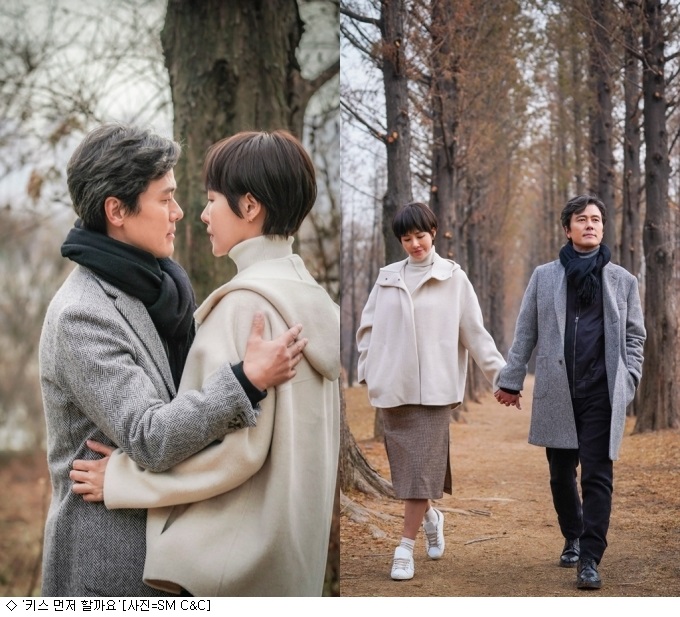 Ahn Soon Jin is nearing to achieve a career highlight in her life as she nears her 20th year as a flight attendant in the company. She has lost the power to enjoy her existence after her first love betrayed her with having an affair. What she romantically lacks is filled up by having amazing friends, who are always energized to set her up with a man.

After dolling up for the fifth date, Soon Jin gets surprised to meet her blind date, Son Moo Han, who is dressed up in hiking outfit complete with shades and backpack.

A once-advertising prodigy, Moo Han lives in recluse with his dog alone in the apartment, which is coincidentally above Soon Jin’s crib. Both are not aware yet that they live in the same complex. They have been in dispute about leaking pipes in Soon Jin’s bath room, which Moo Han has claimed not to be induced by the broken pipes from his place.

Moo Han straightforwardly reveals his intention of enjoying his bachelorhood. He adds that he decided to meet her because of her name. Soon Jin, who does not remember their encounter a few years ago, counters his decision of letting them date for seven times to see if it will work.

Six years ago, Moo Han was on the same flight with Soon Jin. Both of them were heart-broken back then due to love issues. Two years after that, on the same day his divorce was finalized, he also saw her crying with her ex-husband, who cheated on her.

Through the urging of her friend, Soon Jin decides to win Moo Han’s elusive heart. Unaware that they literally live in the same space, Soon Jin leaves all the water she collected from the bath room and leaves it in front of Moo Han’s door. After cleaning the mess, he goes to see the owner of the apartment below him. He notices a familiar airline company uniform, and realizes that Soon Jin is the owner of the home. 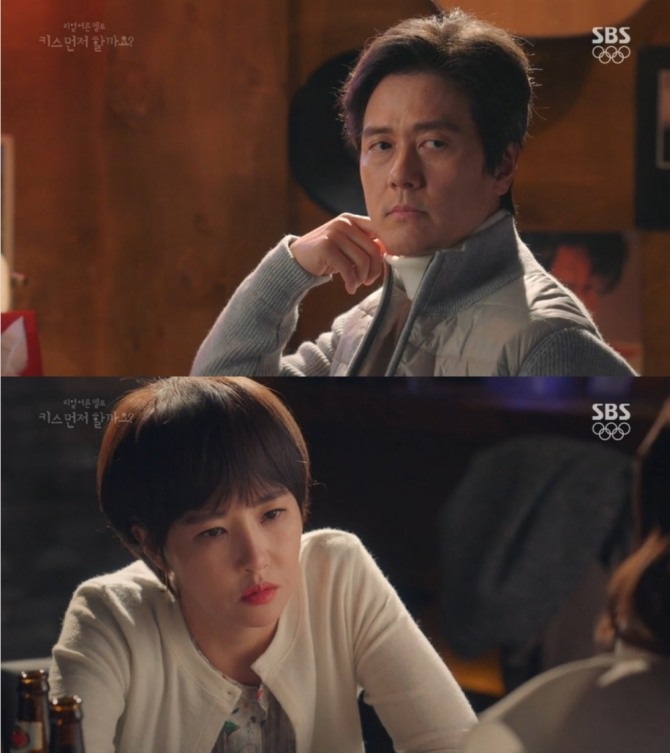 Seeing actors whose careers peaked during my college days is a sweet nostalgic walk. The charm of Should We Kiss First stems from the familiar and reliable faces of the cast, who are as always committed in creating engaging characters.

This drama requires time to settle in your system especially if you are the type who crave for vanilla romance. It might even not appeal to younger generations. But being at my 30’s, I sure had a few cracking up moments on how the kickoff week pictured the challenges of living alone.

This romantic comedy appears intelligently written and expressively executed so far. The back stories for the main love line is looking to pique the interest of the viewers. Since both of them are presented as divorcees, it deviates from the usual youth or predictable love stories we often see in Kdramaland.

Should We Kiss First will run 32 episodes back-to-back every Mondays and Tuesdays on SBS.